Ayeza Khan is one of the biggest names in the Pakistani showbiz industry. The beautiful actress is a household name nationwide due to her stunning looks and incredible acting skills. The starlet gave brilliant performances onscreen in hit drama serials. Ayeza has a huge fan following all around the globe. Lately, Ayeza Khan mesmerizes fans with a gorgeous bridal shoot. Ayeza Khan looks super chic as she dons a dazzling traditional deep red bridal attire by “Nomi Ansari”. Ayeza was dolled up as a traditional bride with minimal and elegant makeup look by “Hadiqa Kiani Salon”. Let’s have a look on some of the enchanting pictures of Ayeza from her latest bridal shoot! 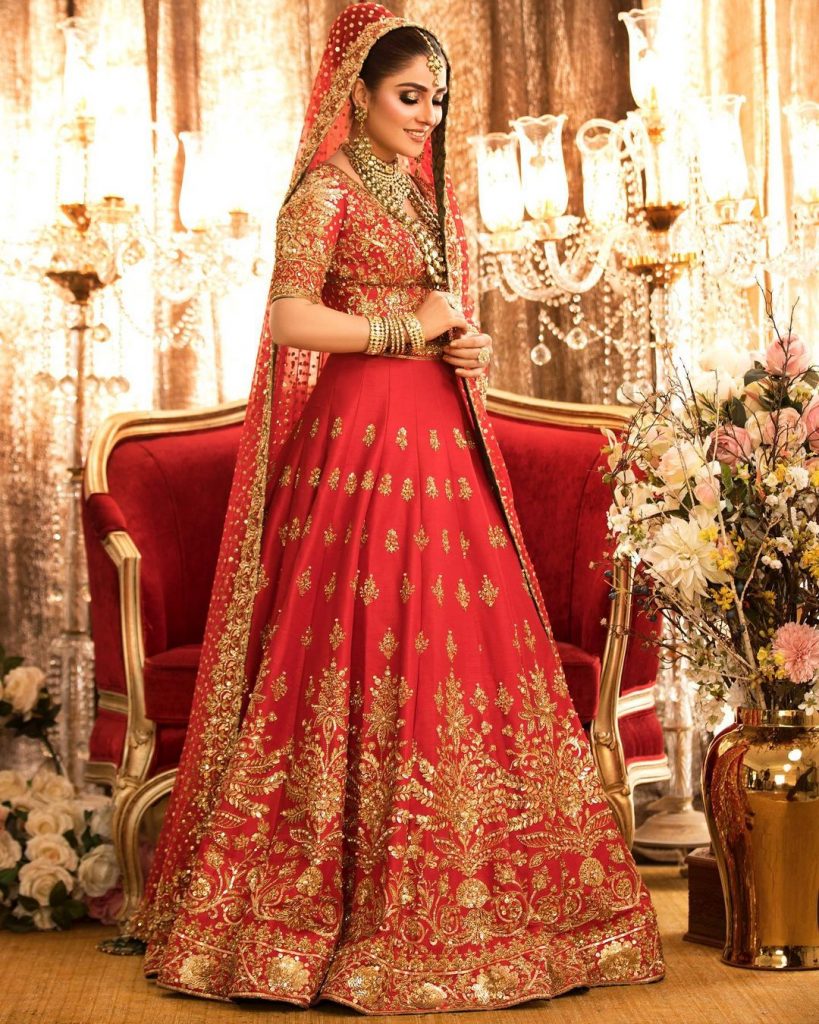 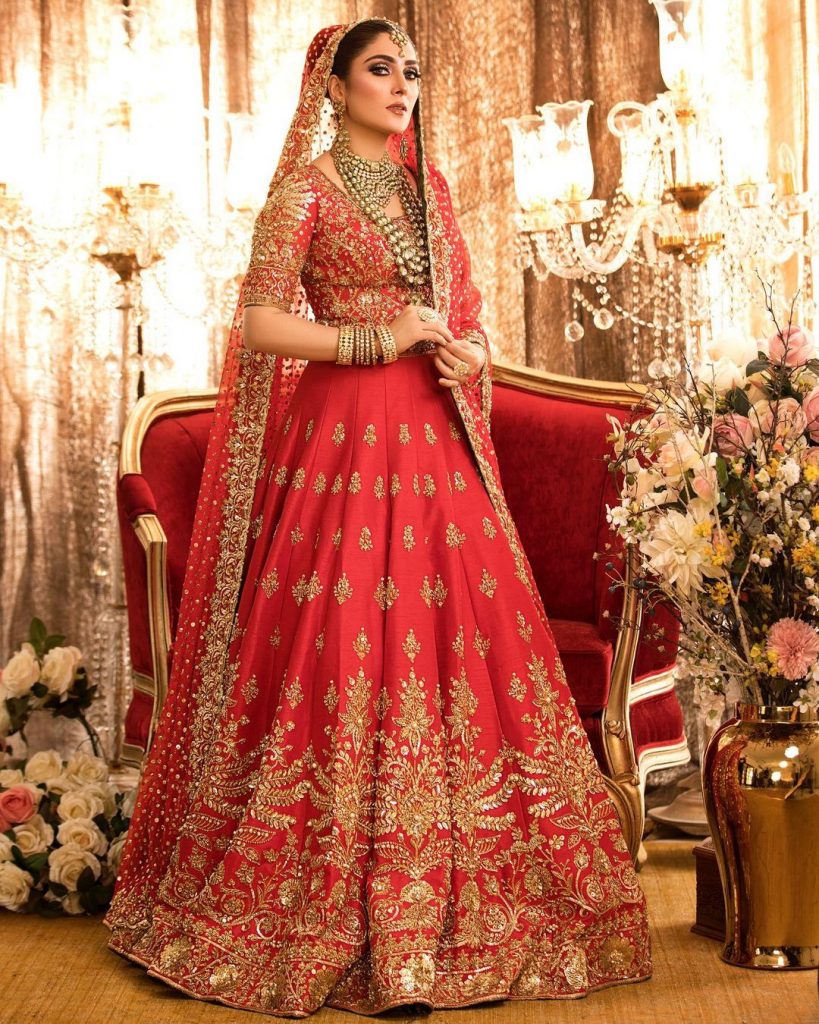 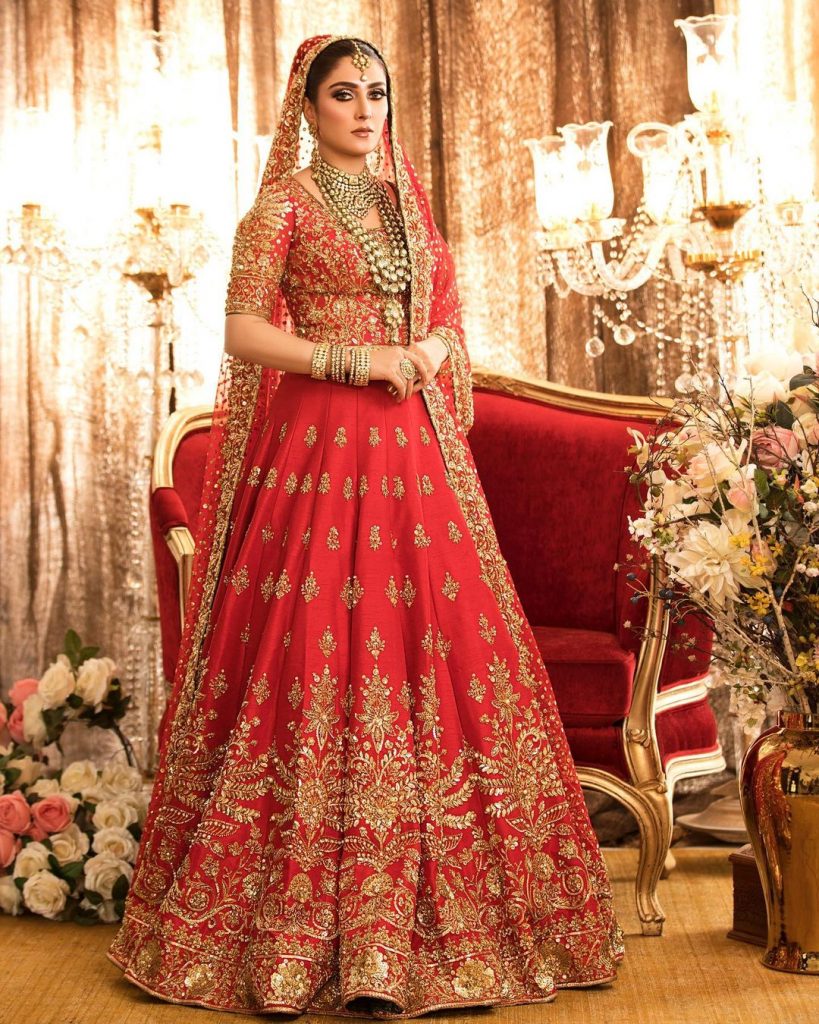 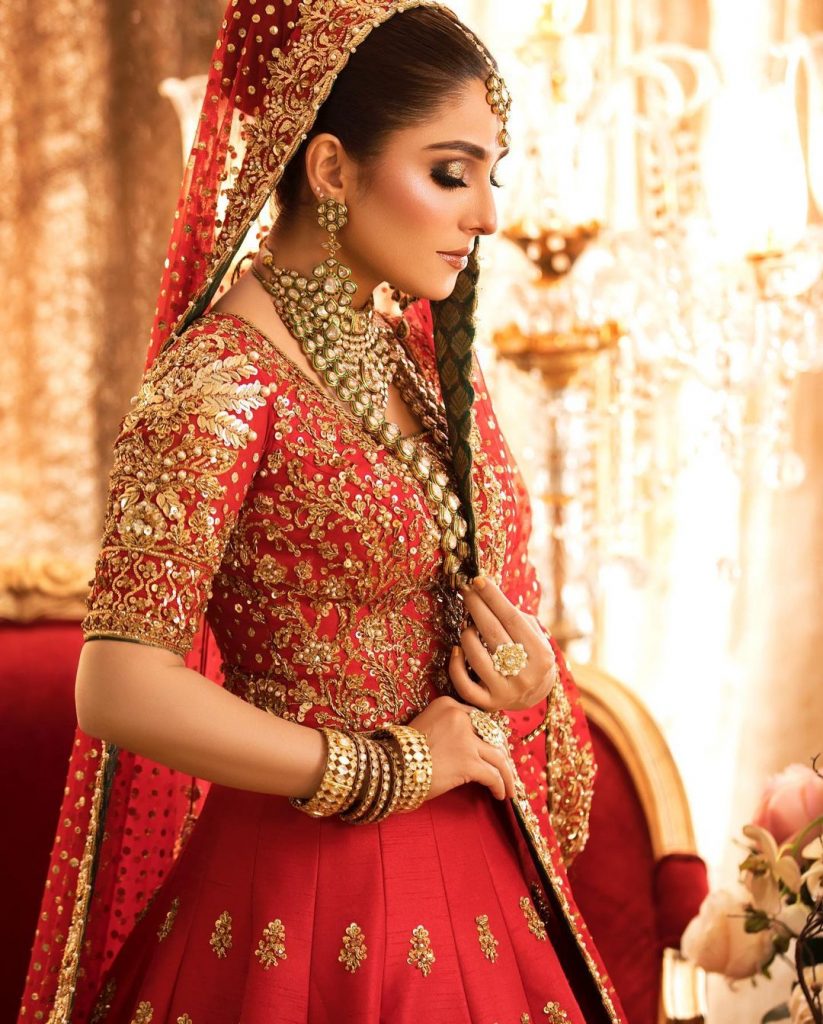 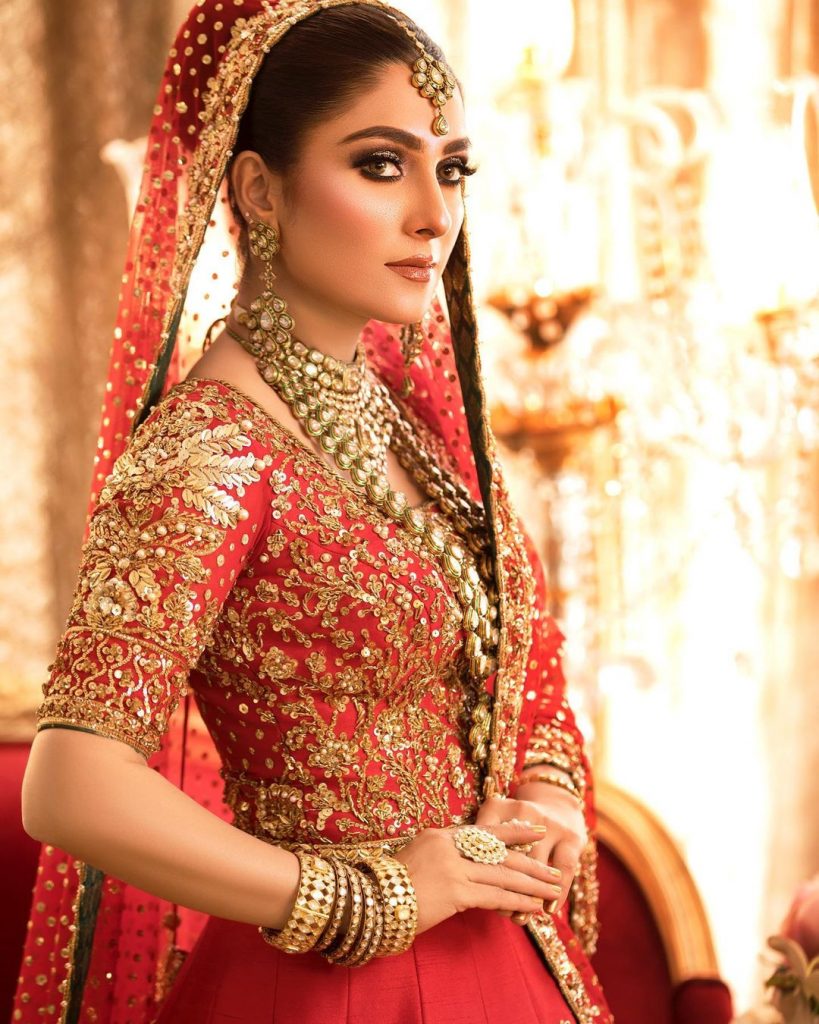 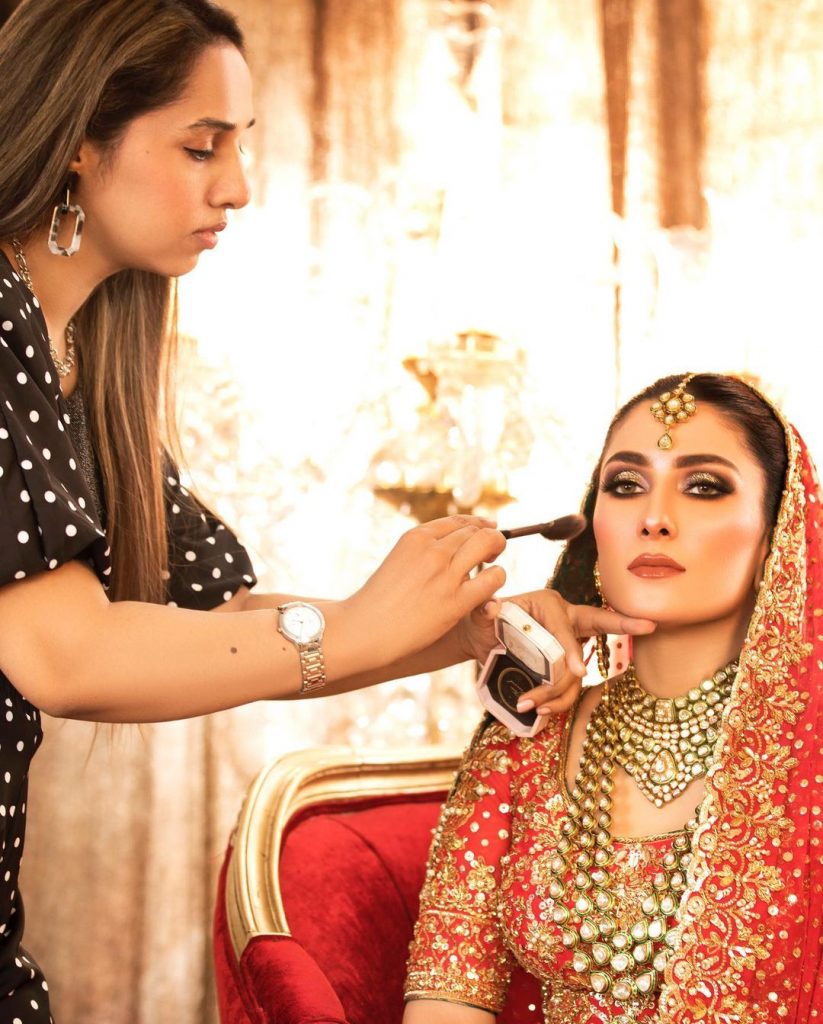 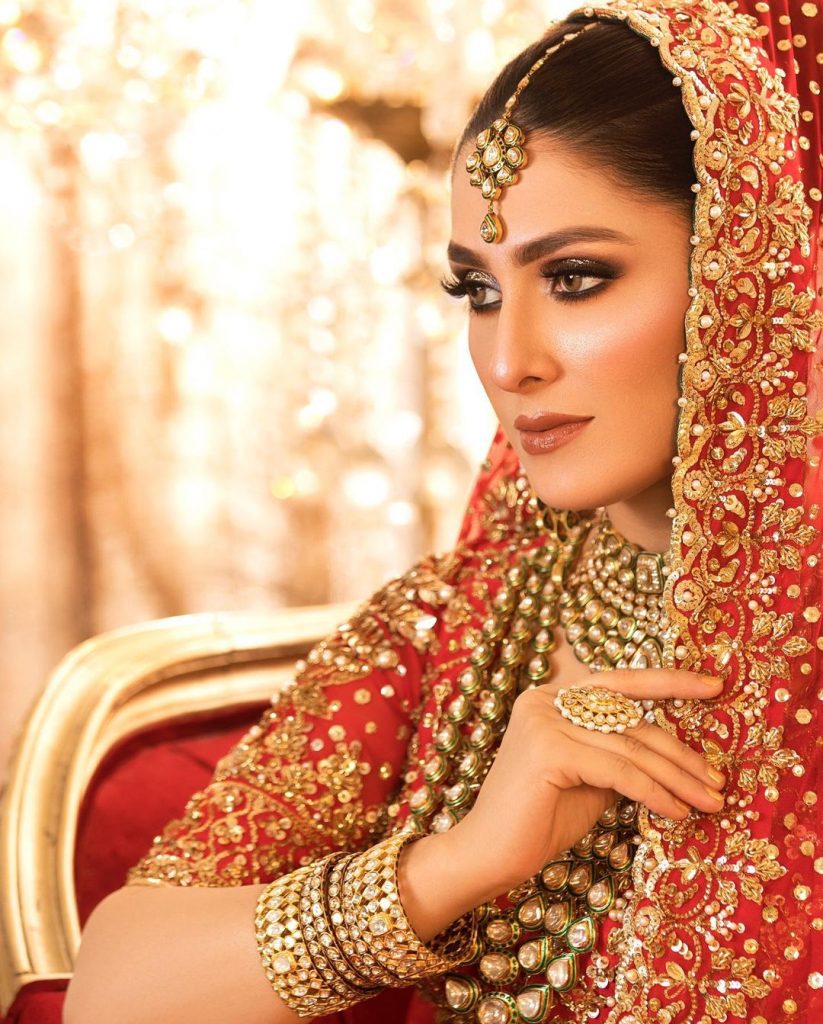 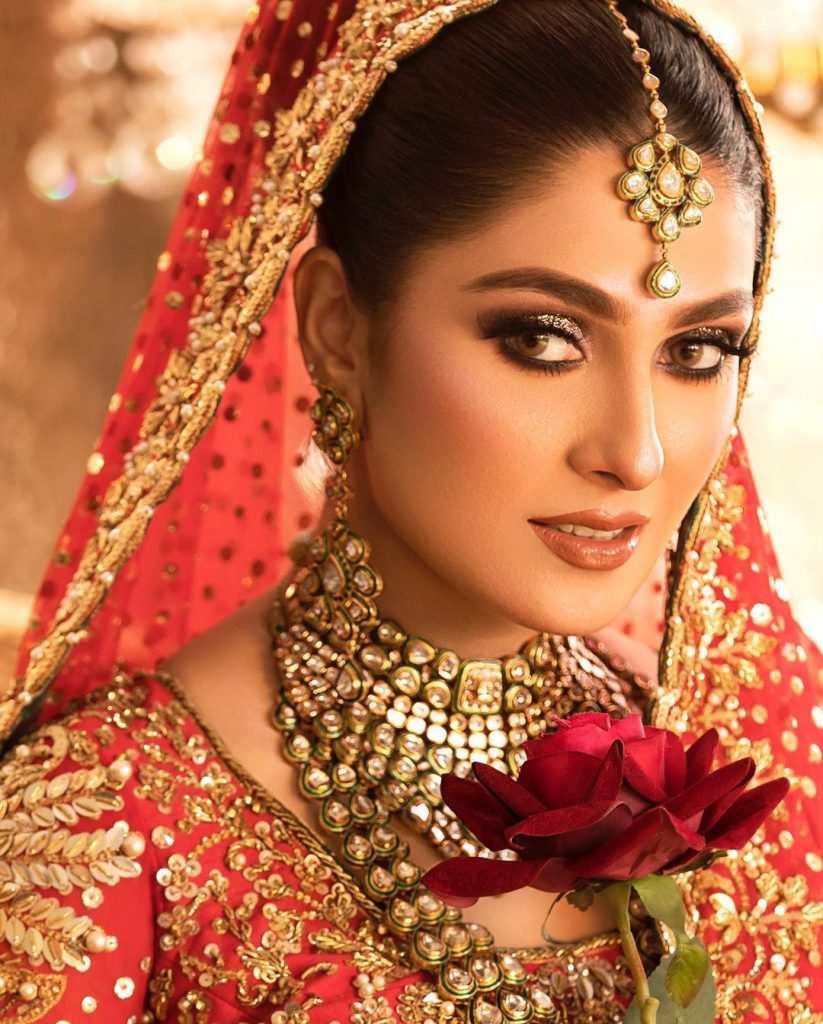 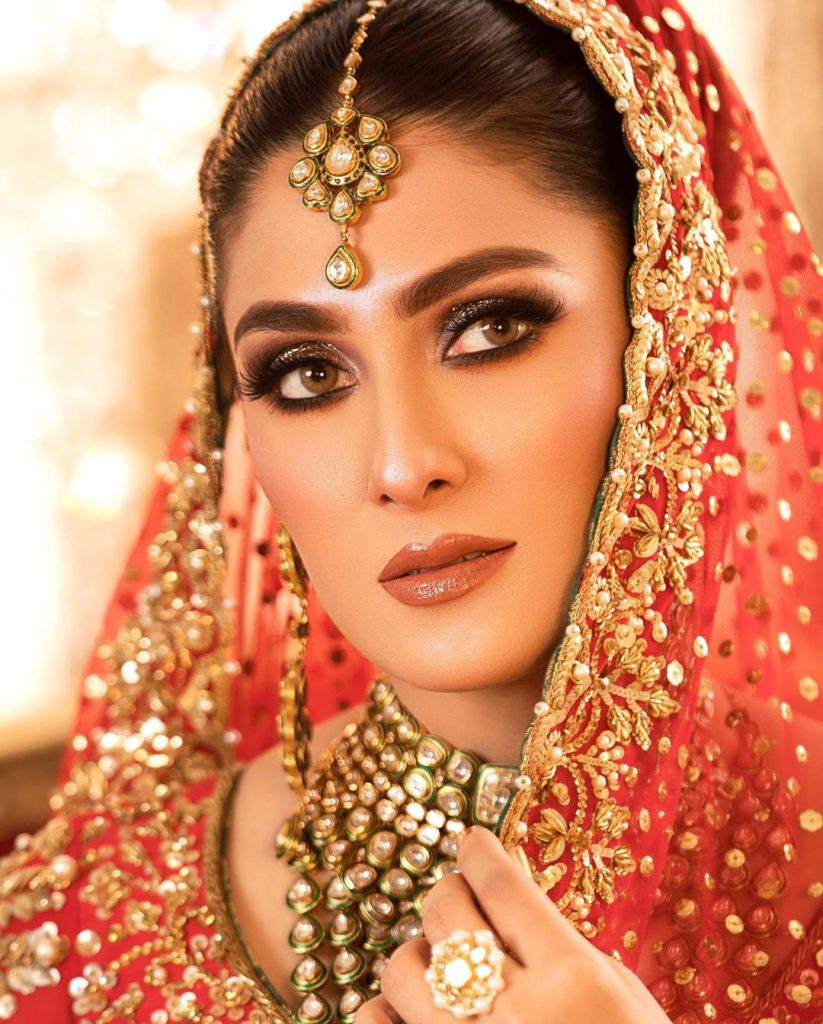 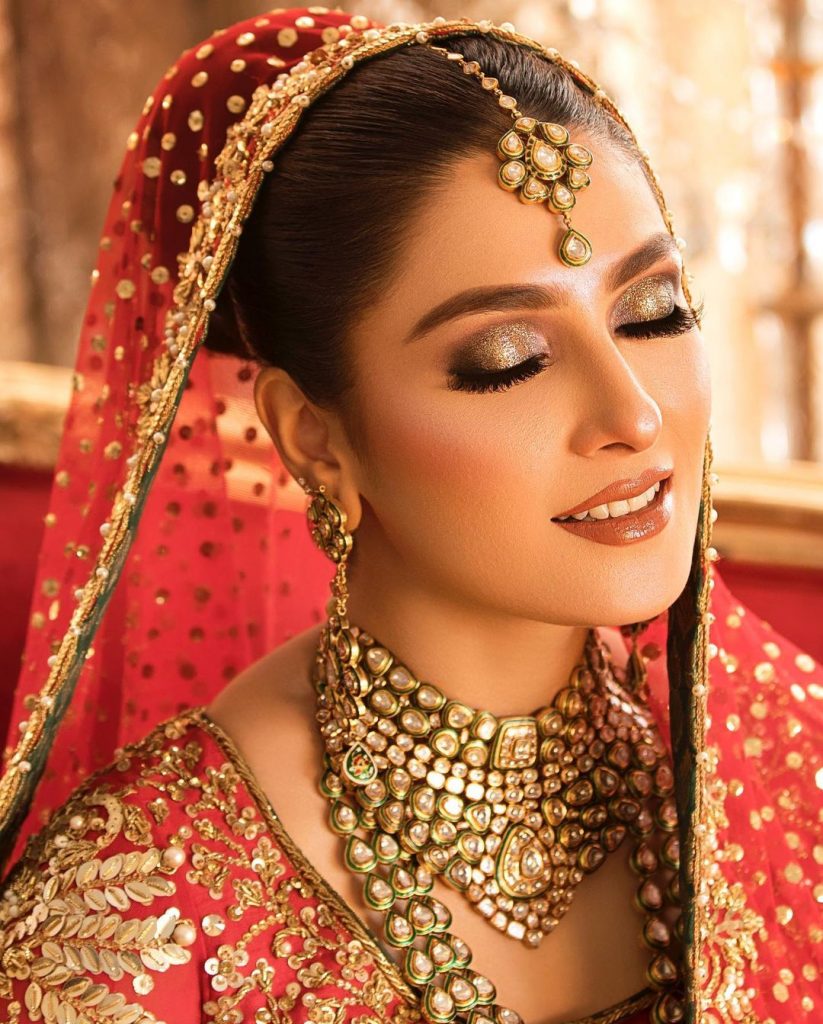 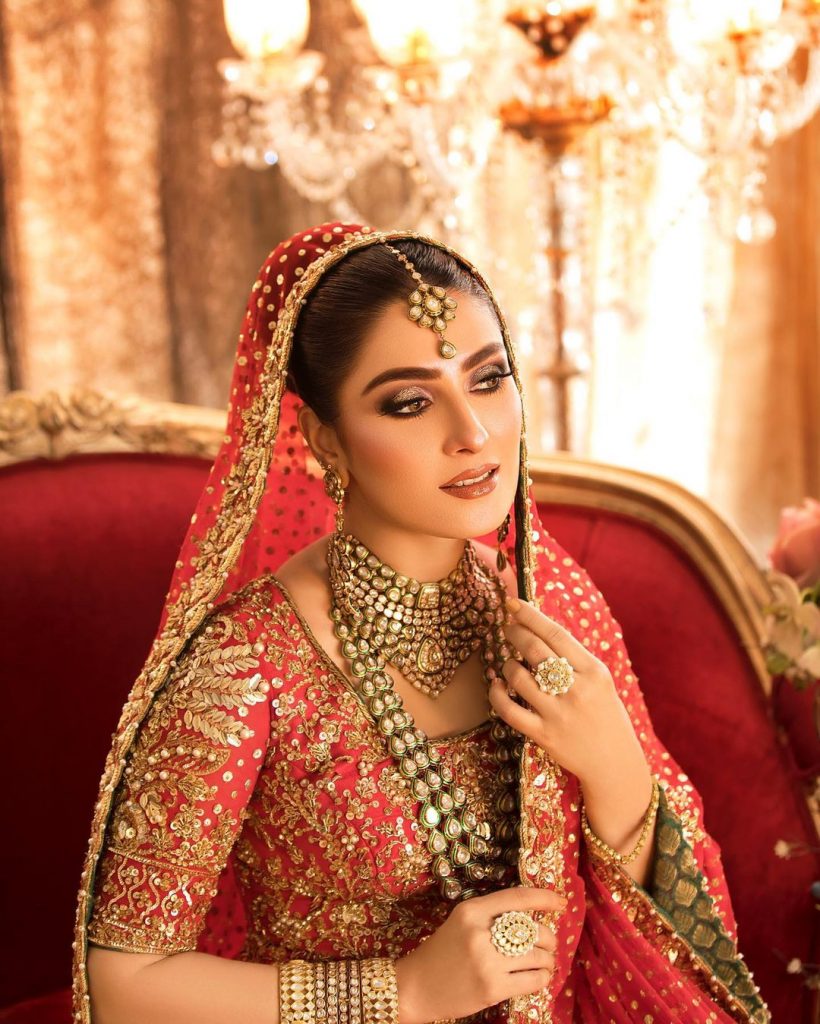 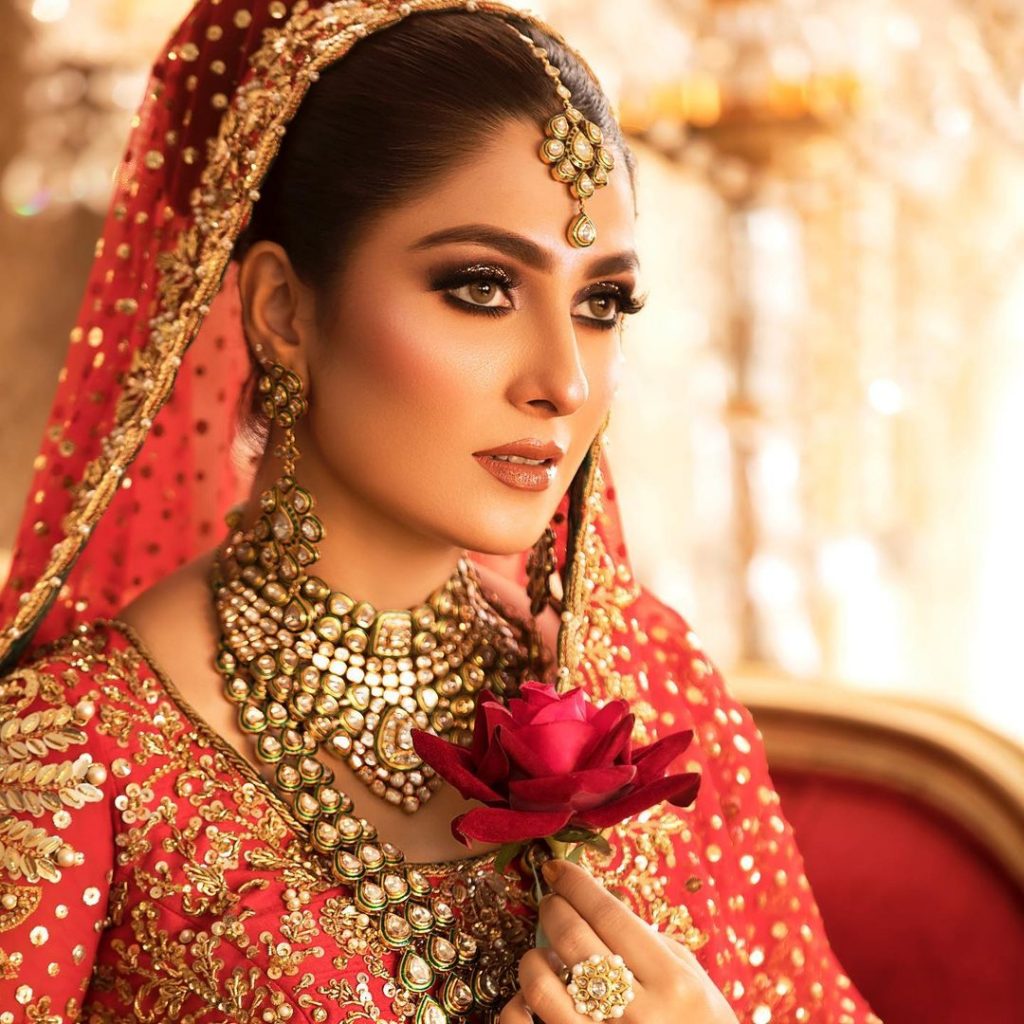