Komal Chawla Couture is known for designing formal and semi-formal dresses. The brand spun its identity from innovative design ideas and evolved to create intrigued embellishments and vivid prints. At Komal Chawla, Couture dreams are designed so the customers can wear elegance. They offer a variety of designs or even can craft the designs given by customers. Komal Chawla Couture believes in feminine and graceful outfits. KCC is unique for its fresh take on cuts both modern western and traditional eastern with excellent detailing be it evening wear, casual line, or formal wear. The special made-to-order line is the most popular feature and they are proud of being one of the leaders in the category. Komal Chawla Couture to bringing you the highest level of services related to different clothing categories.

Komal Chawla Couture recently launched its formal collection and the top-notch actress Ayeza Khan modeled for it. Ayeza Khan looked regal in the pistachio-colored splendor outfit layered over pure masuri silk is knitted with golden booti. The pastel shade of mint green on angarkha style tail frock with bustier uplifts its beauty. The outfit is paired with Dhaka-style pajamas as the metallic and stony ornaments mingle all over. Ayeza Khan’s makeup was done by Omar Waqar. 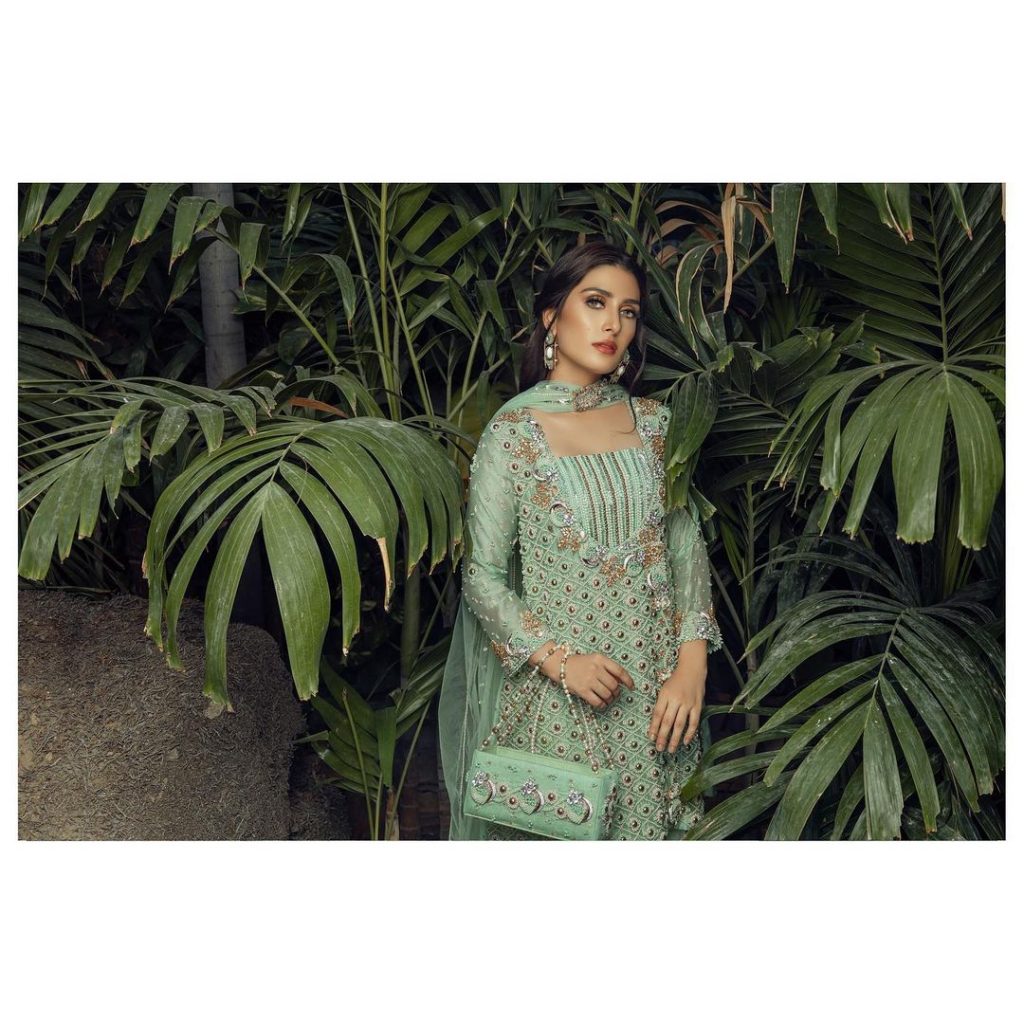 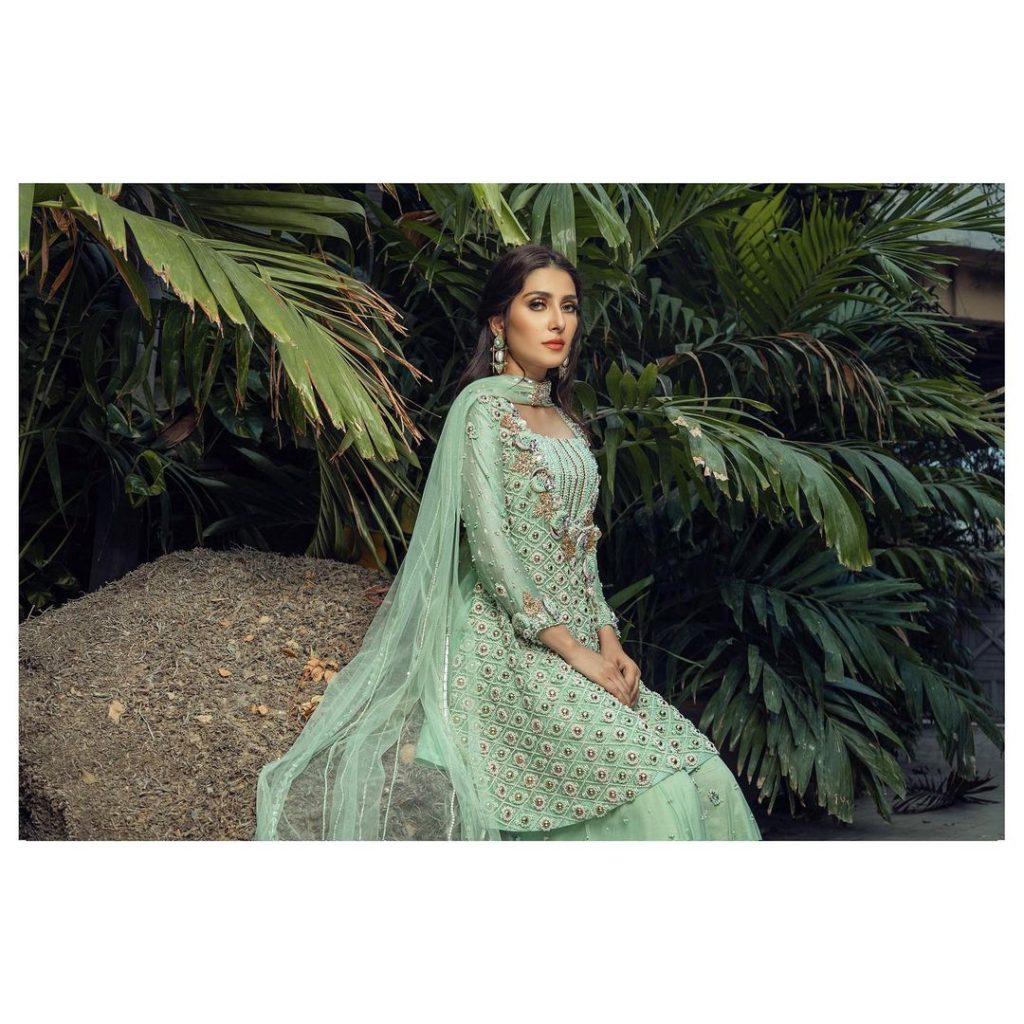 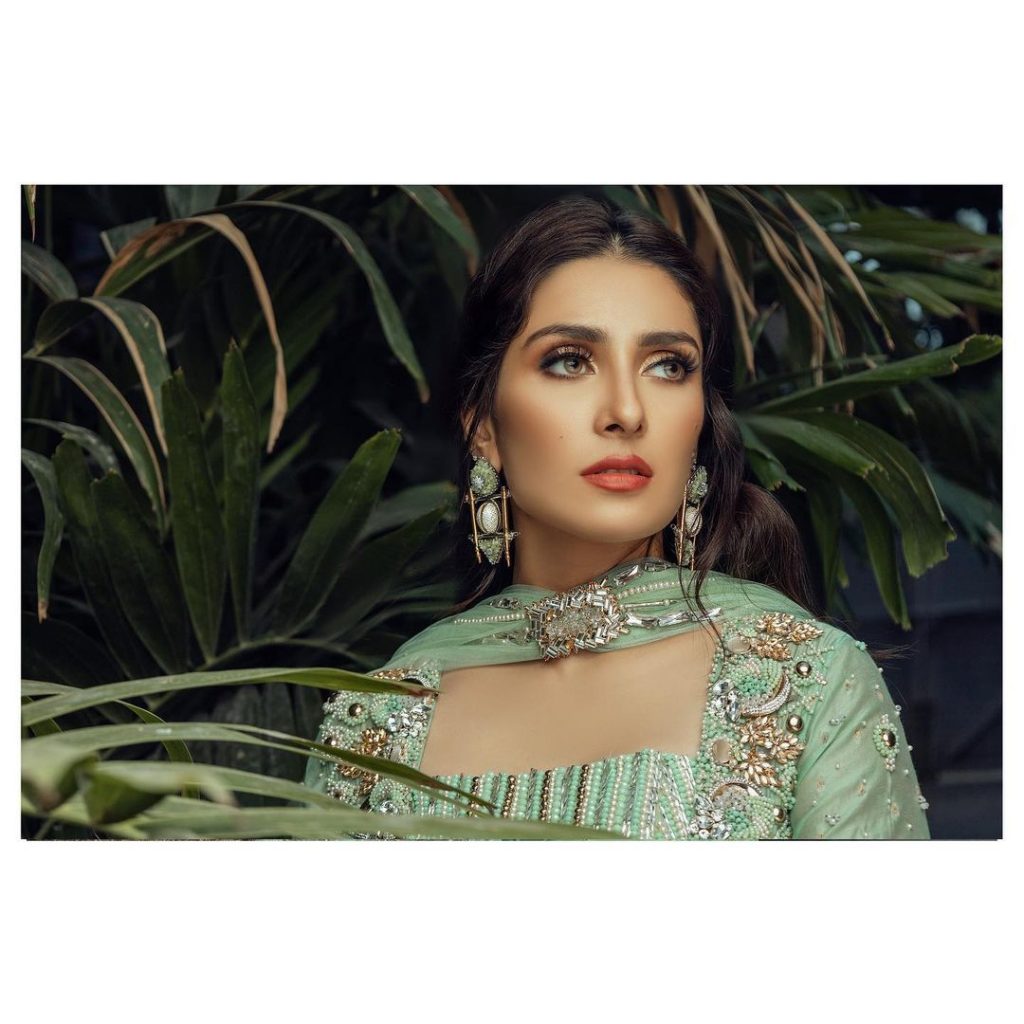 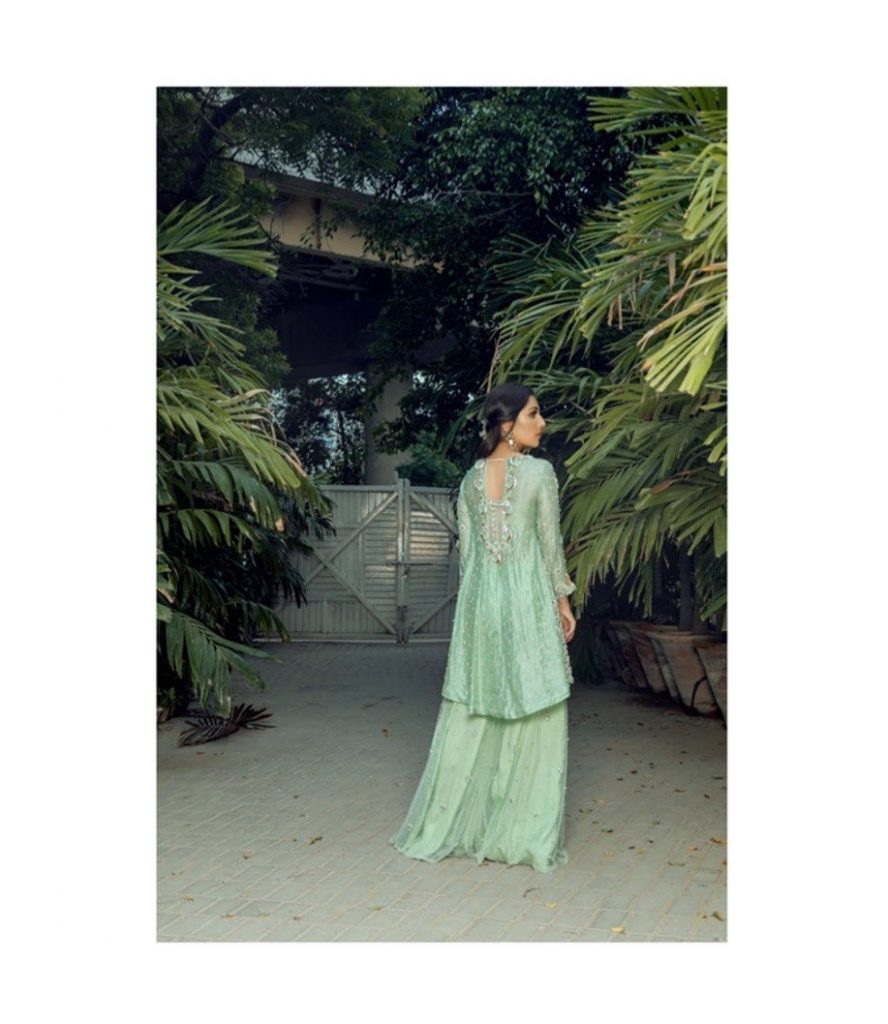 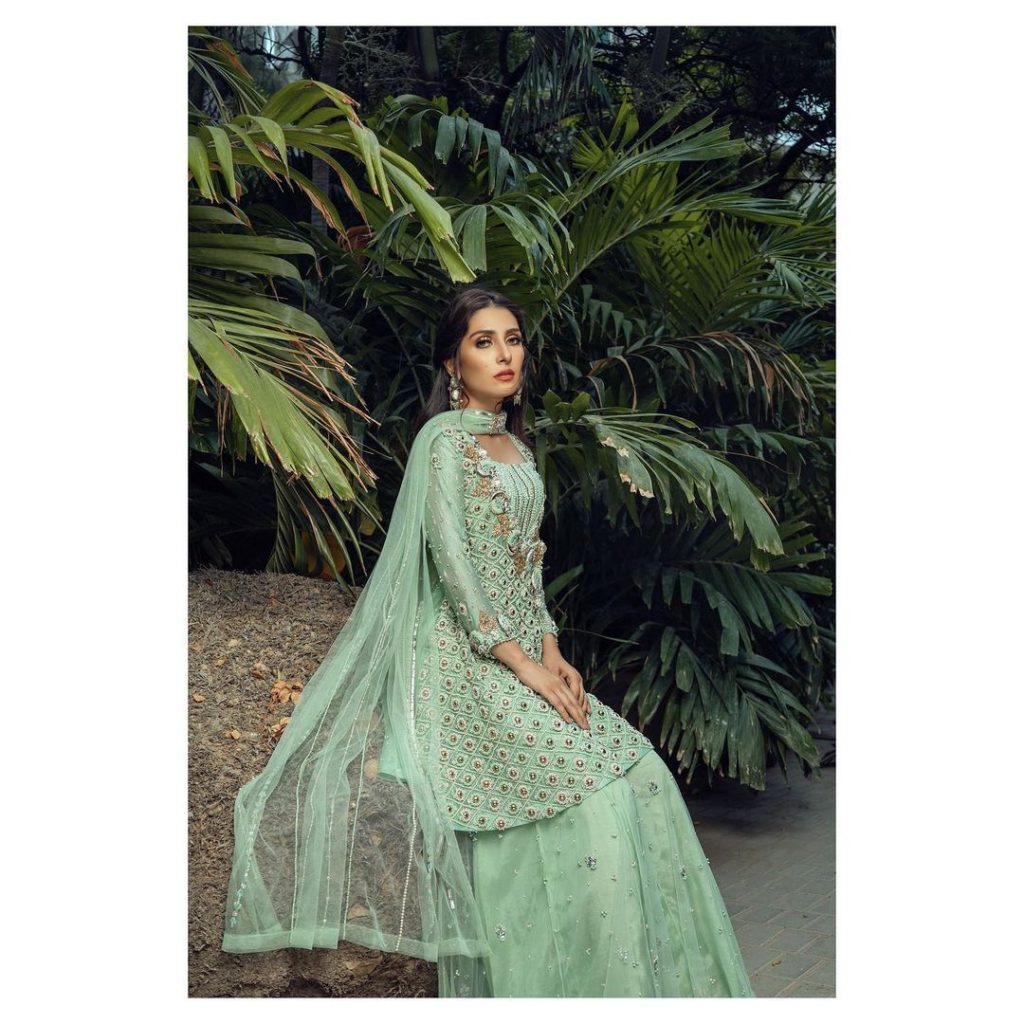 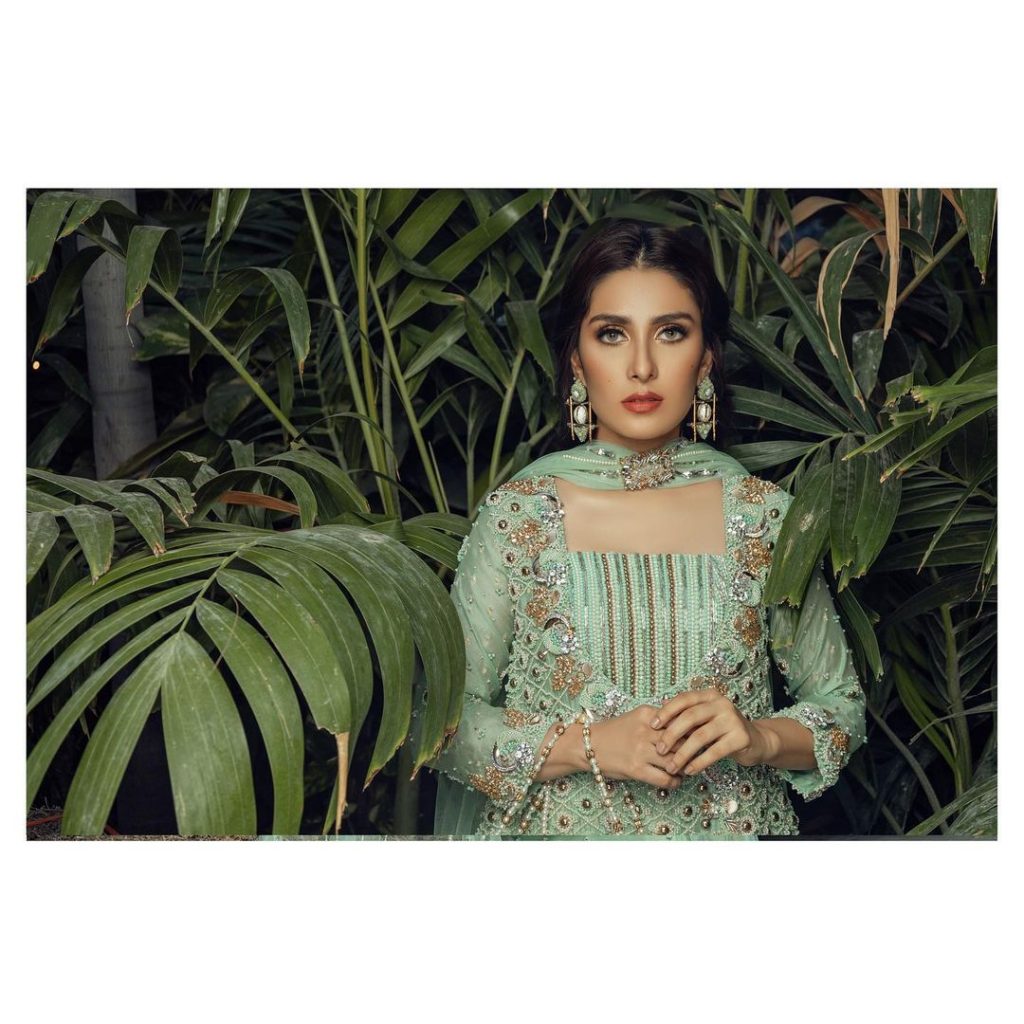 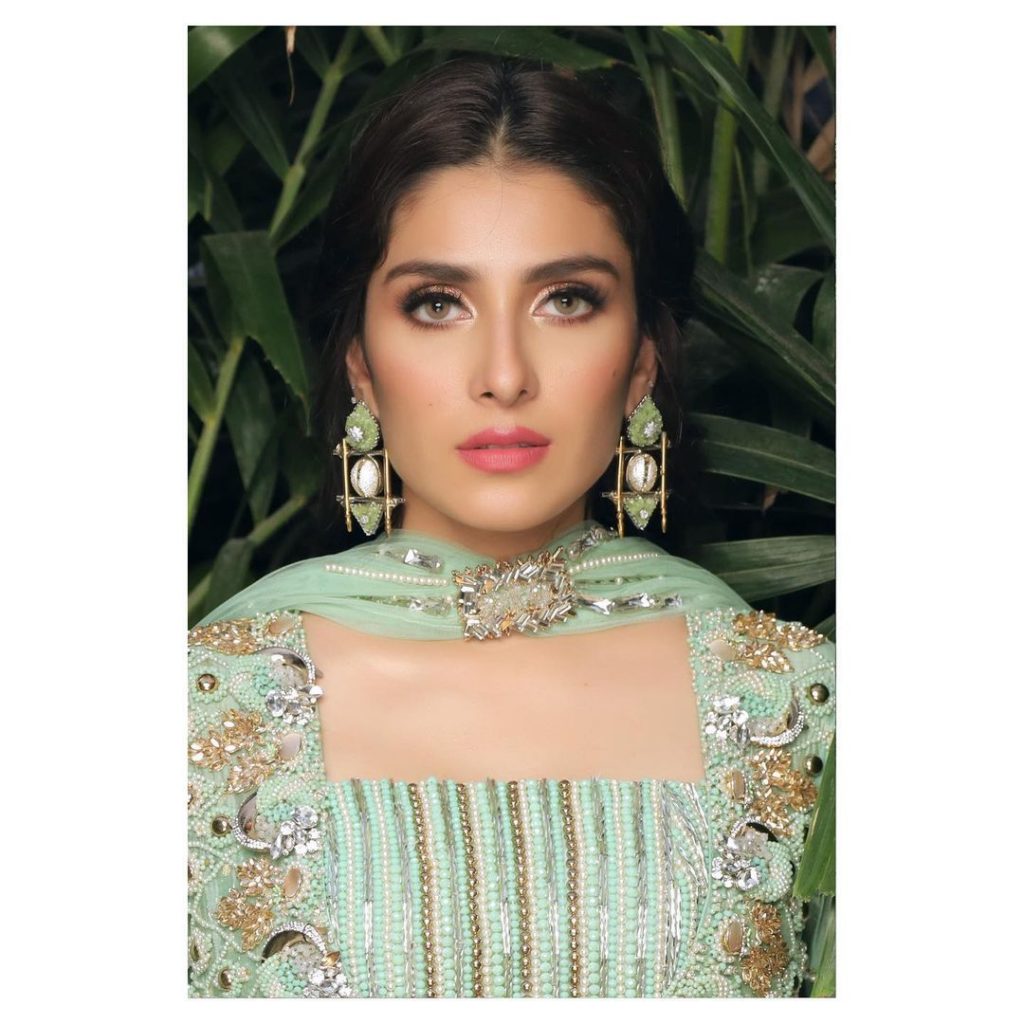