Ayeza Khan is the gorgeousness of photo shoots. Almost every day we see a new photo shoot of Ayeza Khan. Ayeza Khan is currently starring in Meray Pass Tum Ho and Thora Sa Haq, she is playing characters opposite of each other in both these dramas, greedy and selfish girl in one drama and helpless and vulnerable girl in other. Ayeza Khan has proven herself to be one of the most versatile actress of Pakistan media industry. Recently Ayeza Khan has shared few pictures from her latest Bridal photo shoot on her Instagram. She is look staggeringly beautiful in these bridal outfits.

Ayeza Khan is wearing this enchanting champagne coloured dress with kundan emerald jewelry. Her hefty red eye make is the highlight of her bridal look. Ayeza is killing this bridal look with a bun and side parted hair. Ayeza Khan is looking breathtakingly gorgeous in this red dress with substantial smoky eyes and central parted straight sleek hair. Ayeza Khan’s styling is beautifully done by Hafsa Farooq. Her beautiful makeup and perfect hair are done by Eden Cosmetic Clinic. Whereas these jaw dropping pictures are captured by Umair Bin Nisar.

Let’s have a look at these gorgeous clicks of Ayeza Khan: 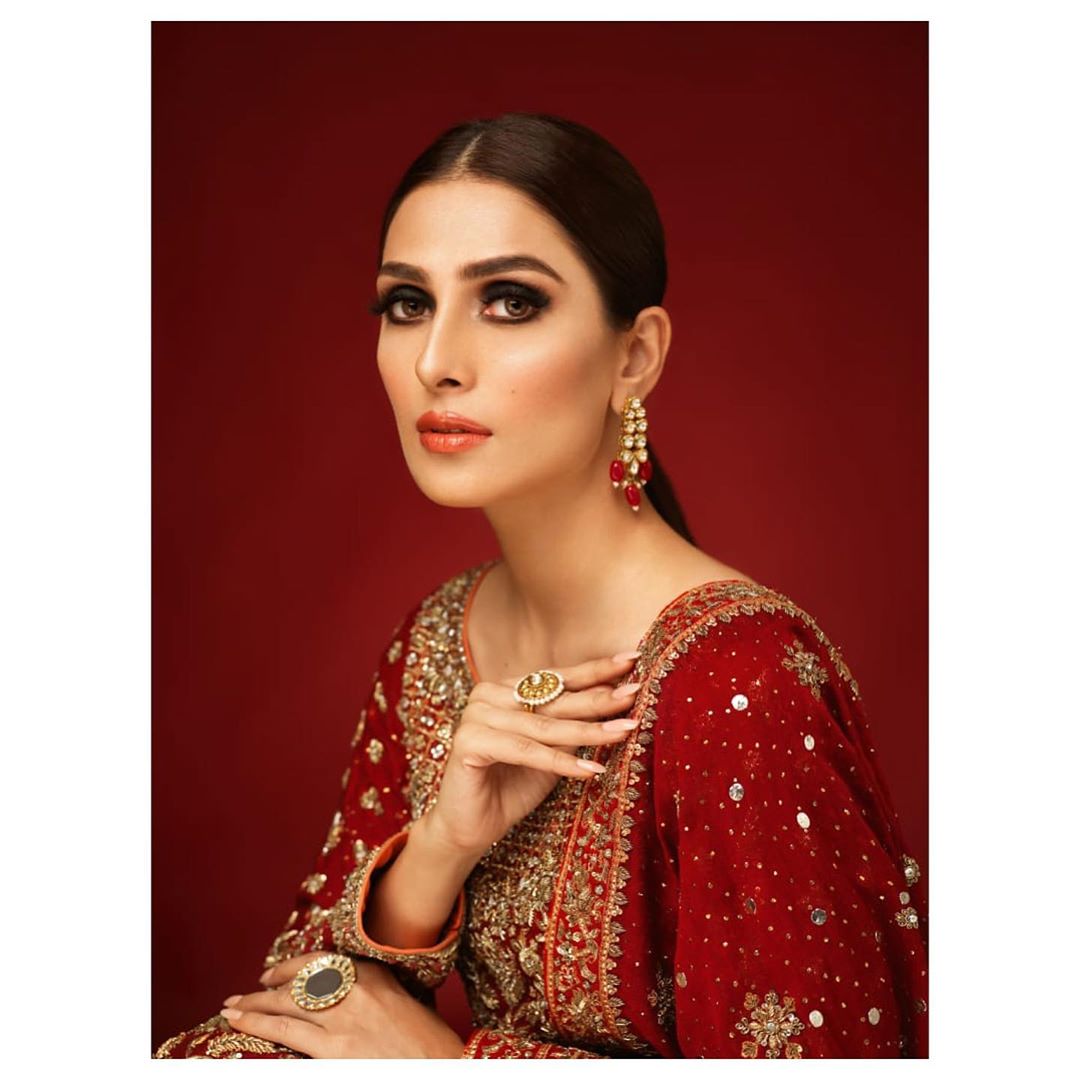 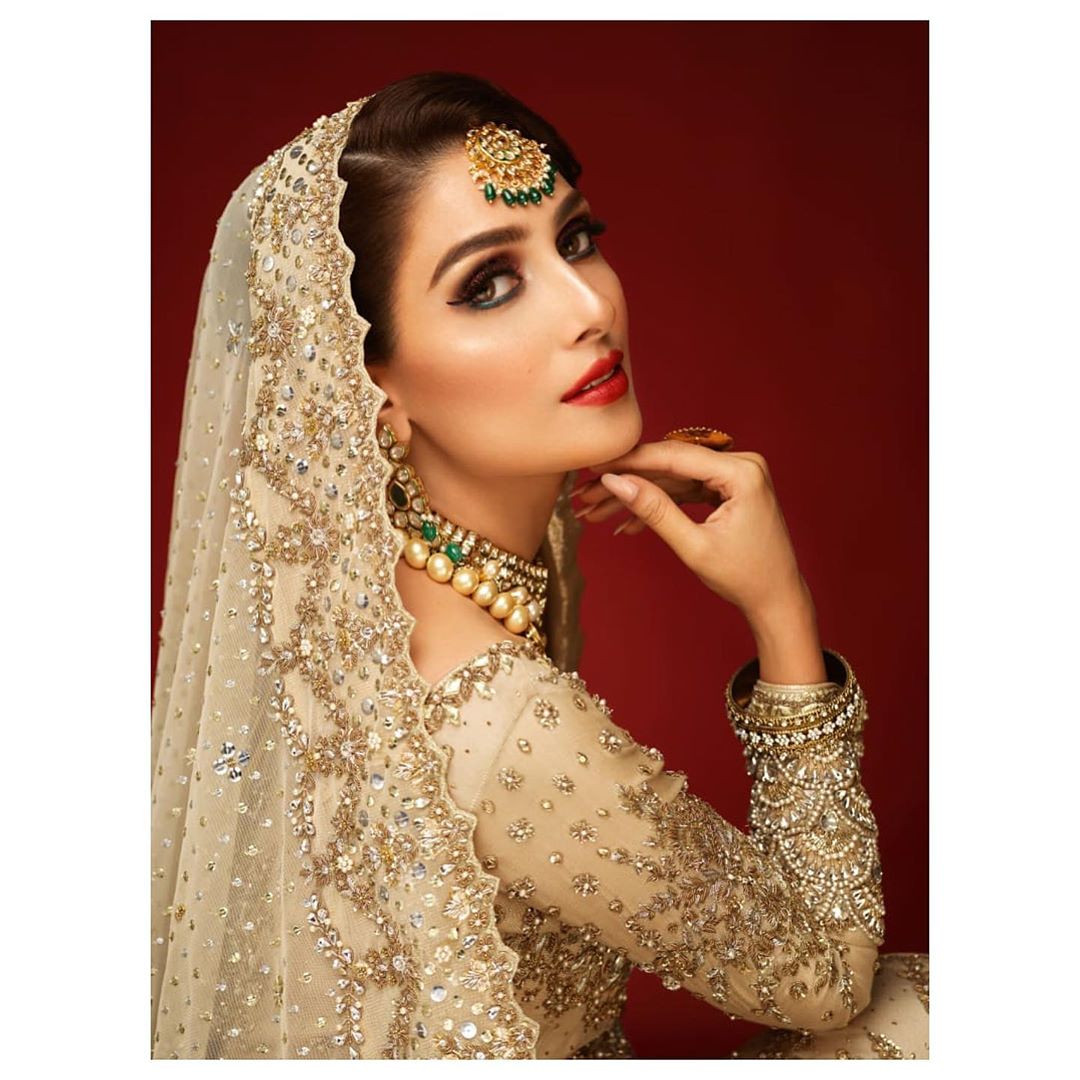 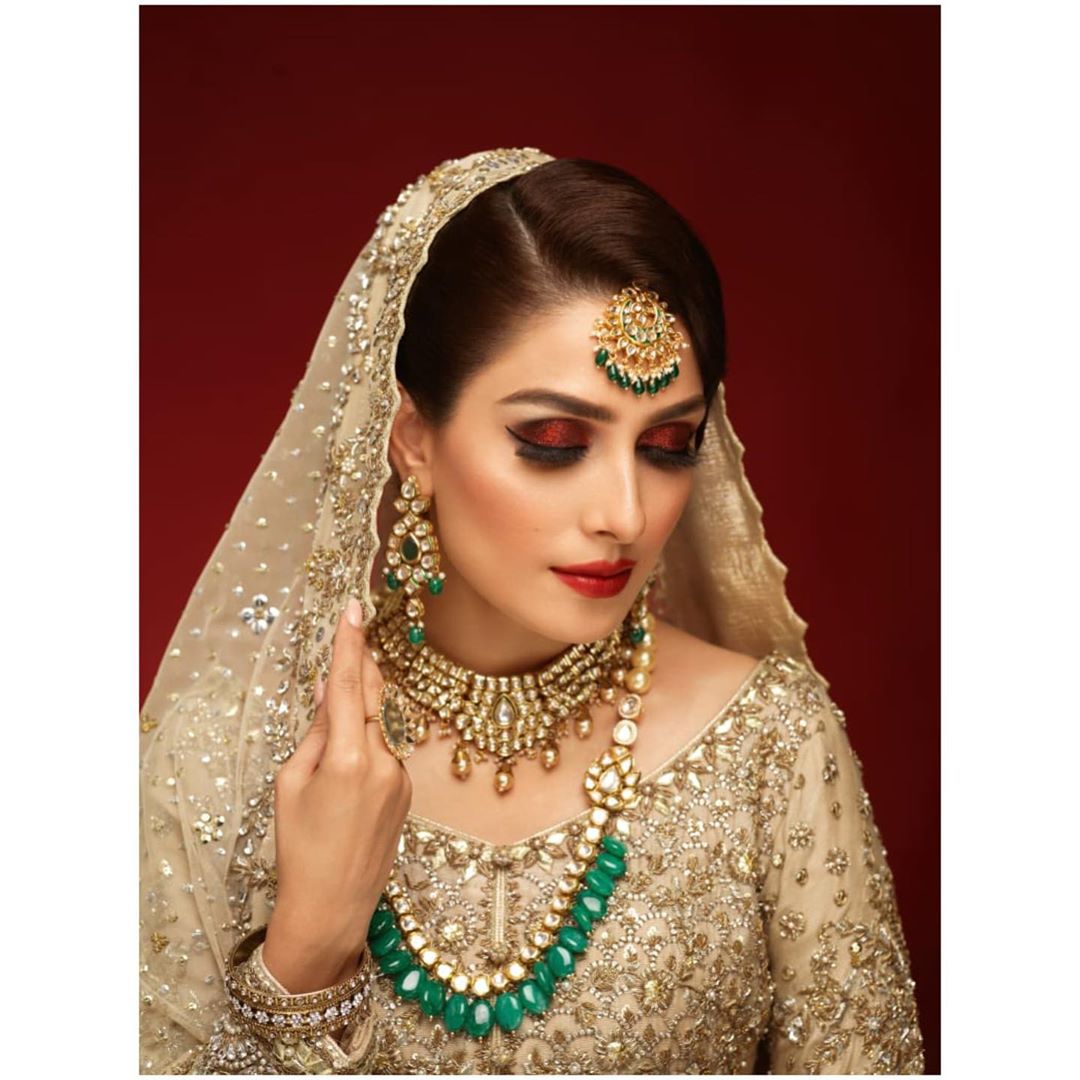 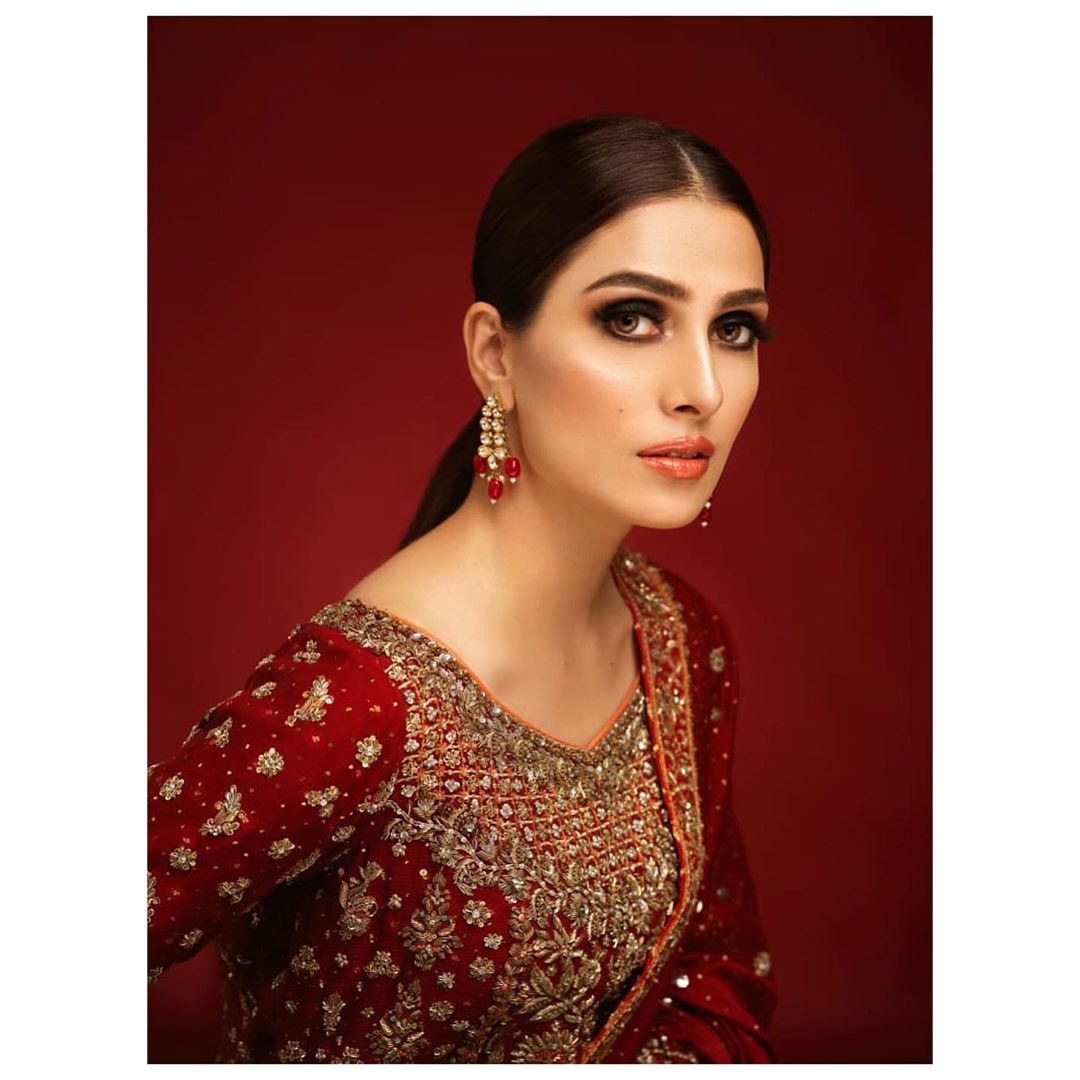 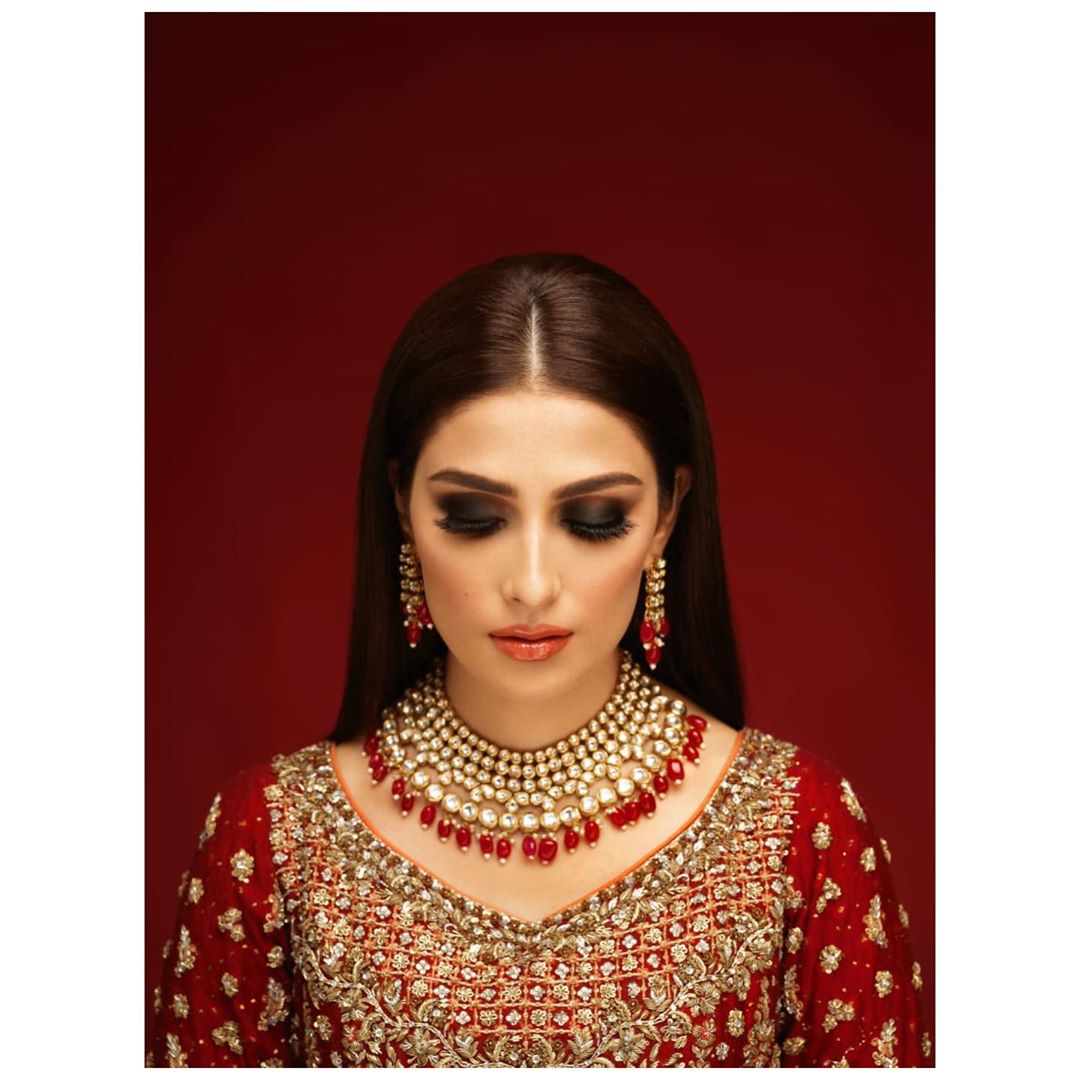 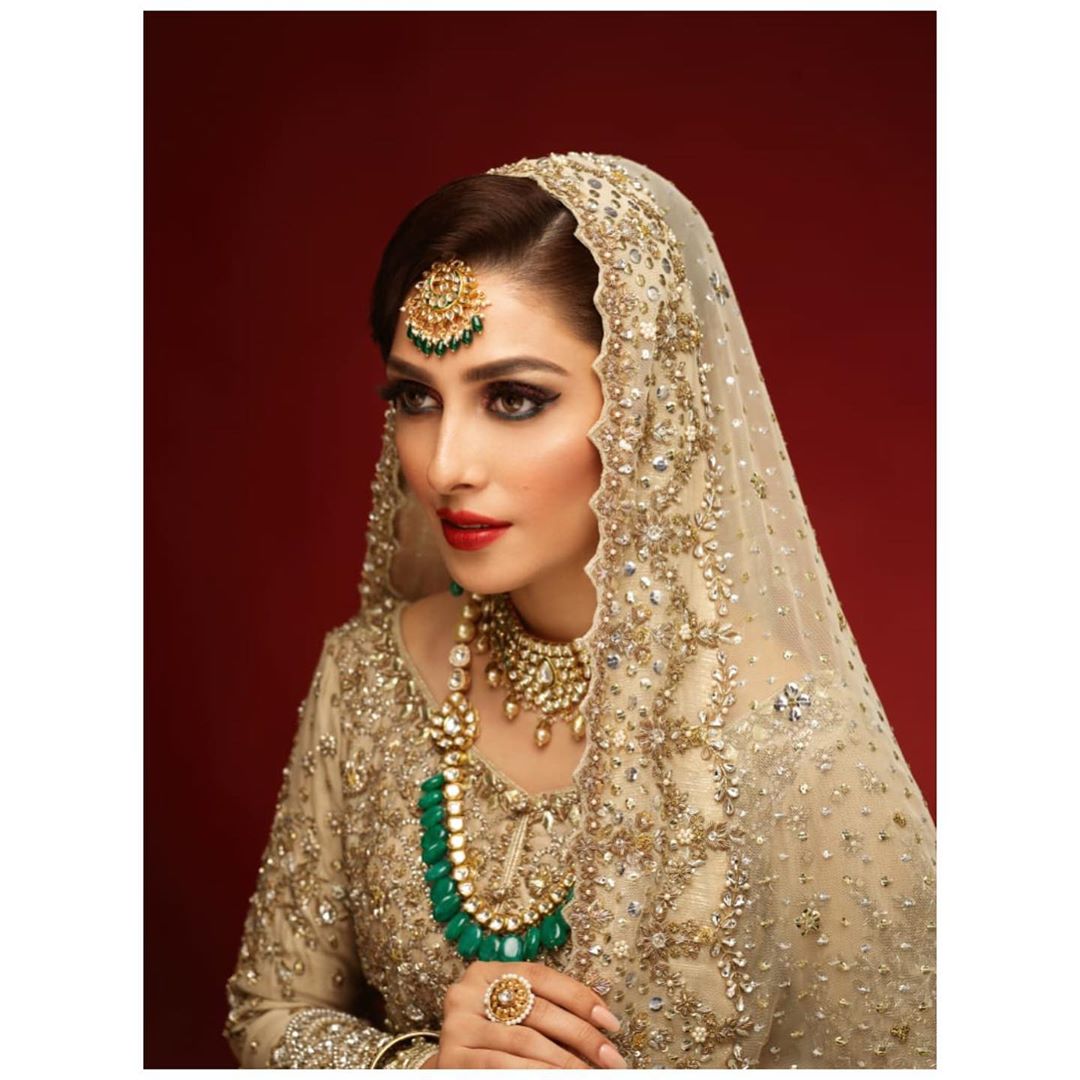