Ayeza Khan is one of the most famous actresses of Pakistan. Ayeza has been a part of a number of dramas, but over the past few years, we have also seen her doing modeling for various brands. There is a new photo shoot of Ayeza on the internet every now and then. It isn’t only brand shoots that Ayeza has been a part of, Ayeza makes sure that all the events of her life get captured by professional photographers. Whether it’s Eid, anyone’s birthday, vacations, or just a random day, Ayeza Khan’s pictures are always on point.

Ayeza took Instagram to share pictures from the first Iftar Party of this Ramadan. In the pictures, we can see Ayeza Khan’s mother and daughter along with her and they all are wearing similar dresses by Farah Talib Aziz. Ayeza Khan looked flawless as always. 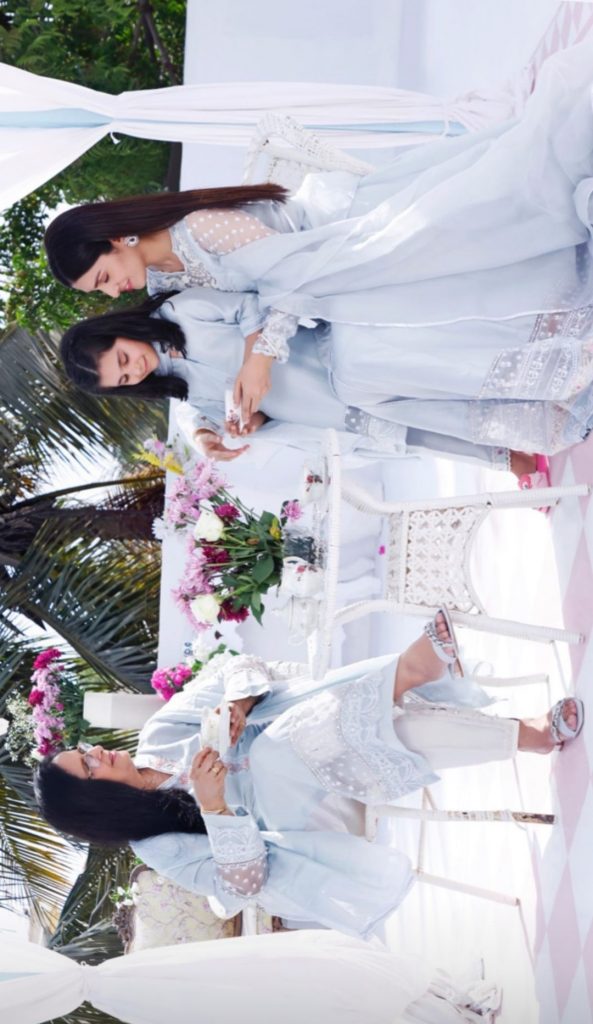 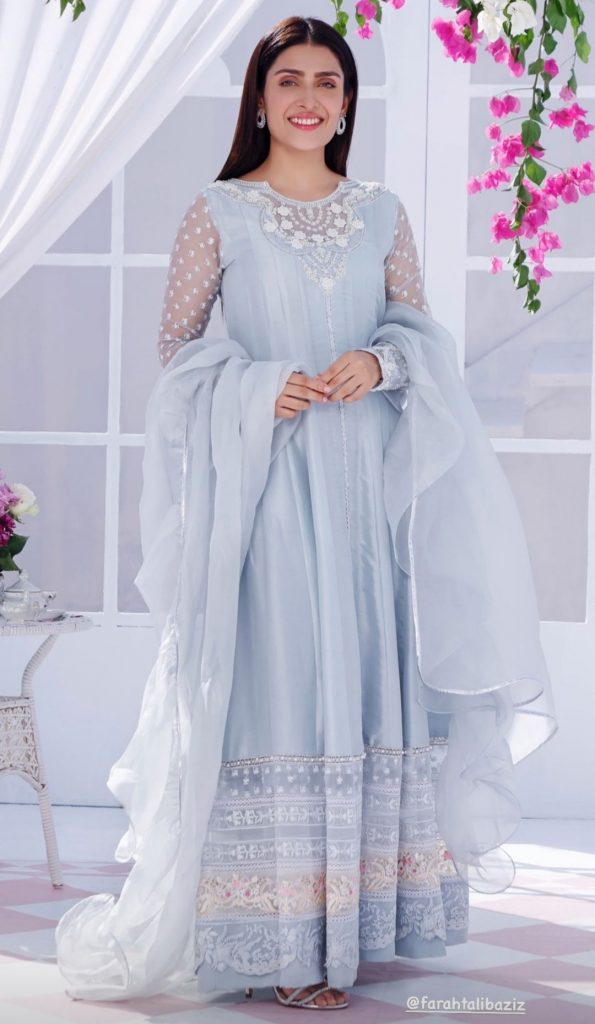 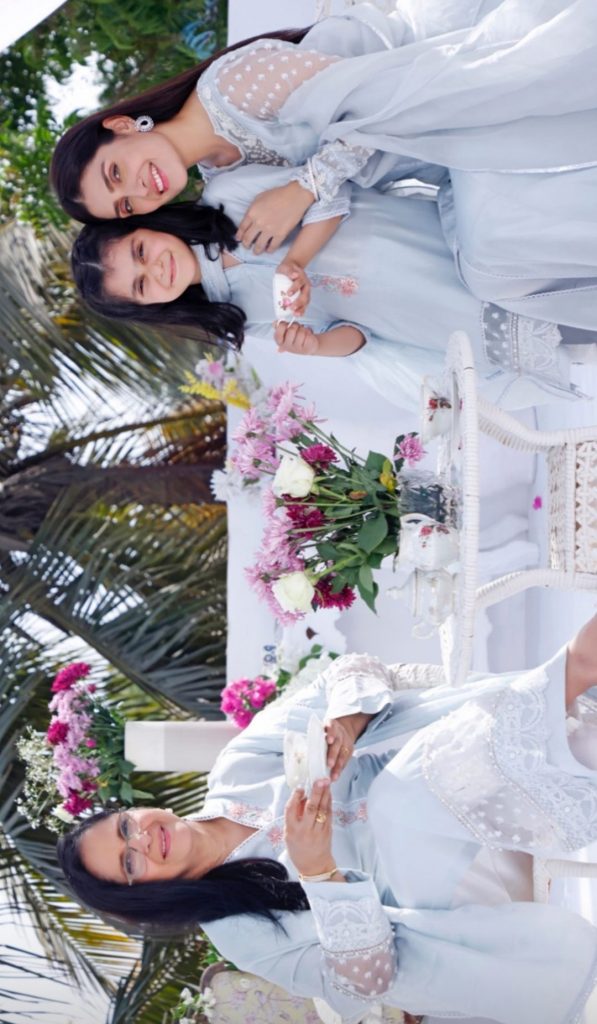 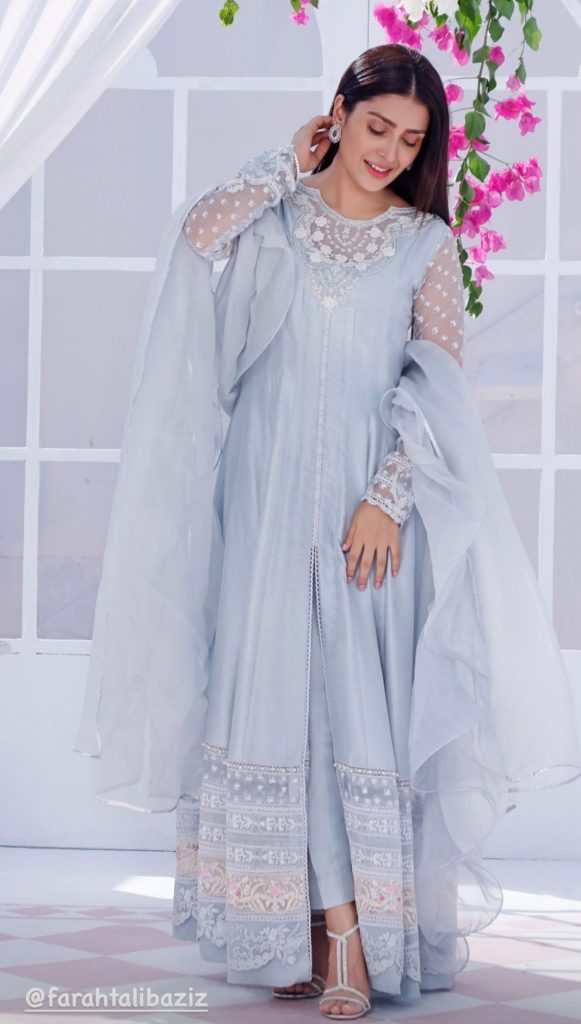 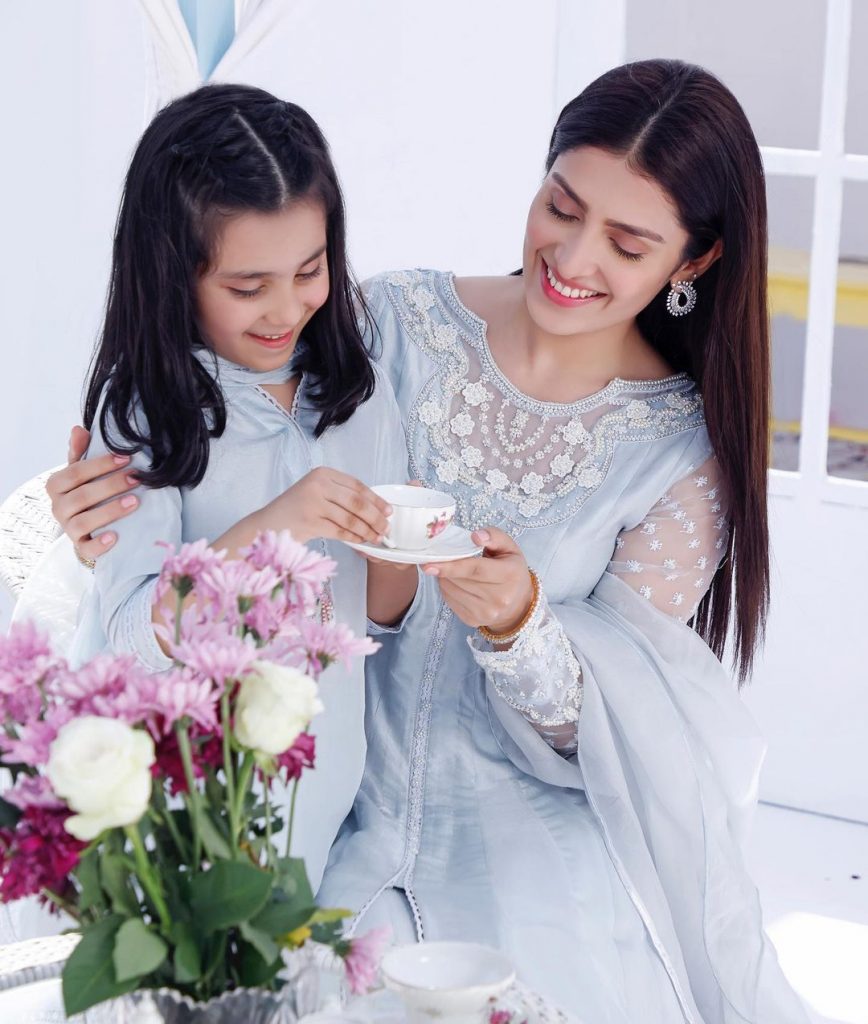 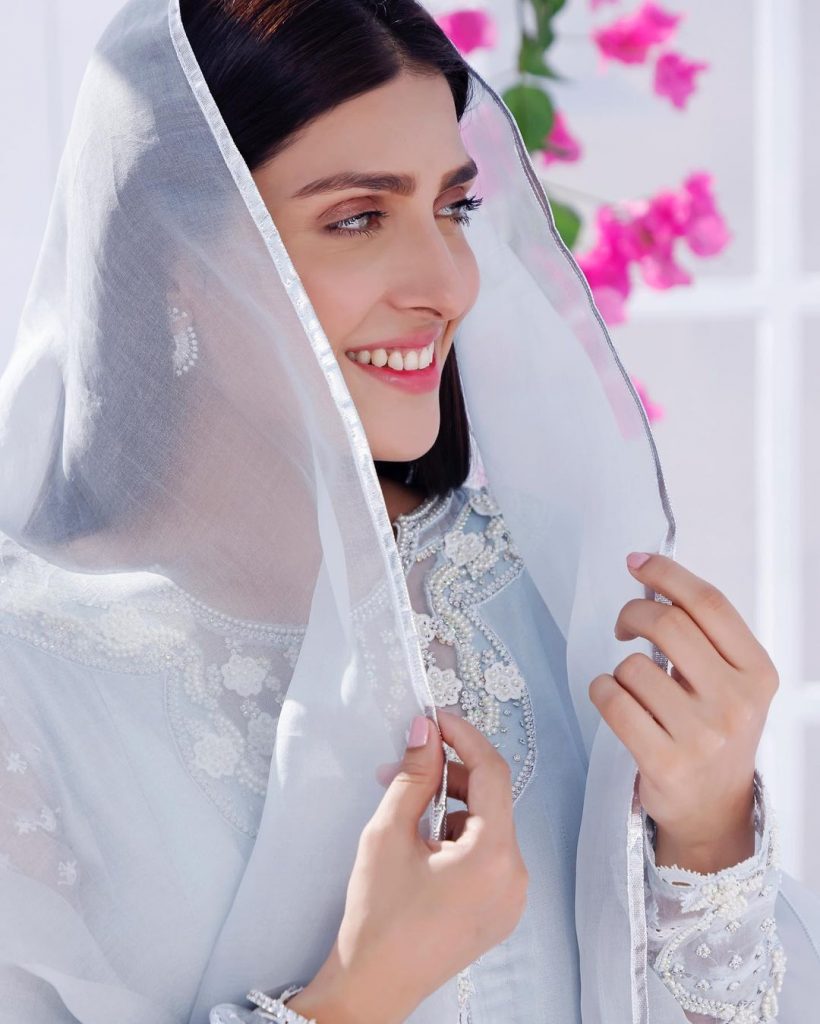 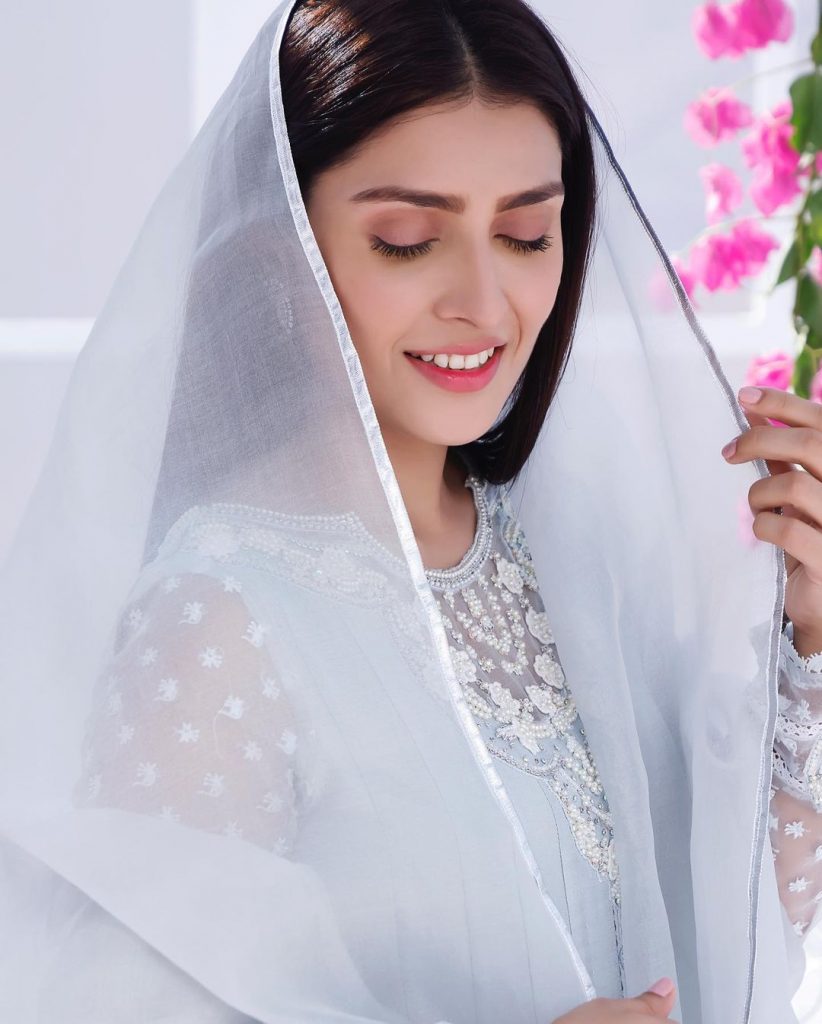 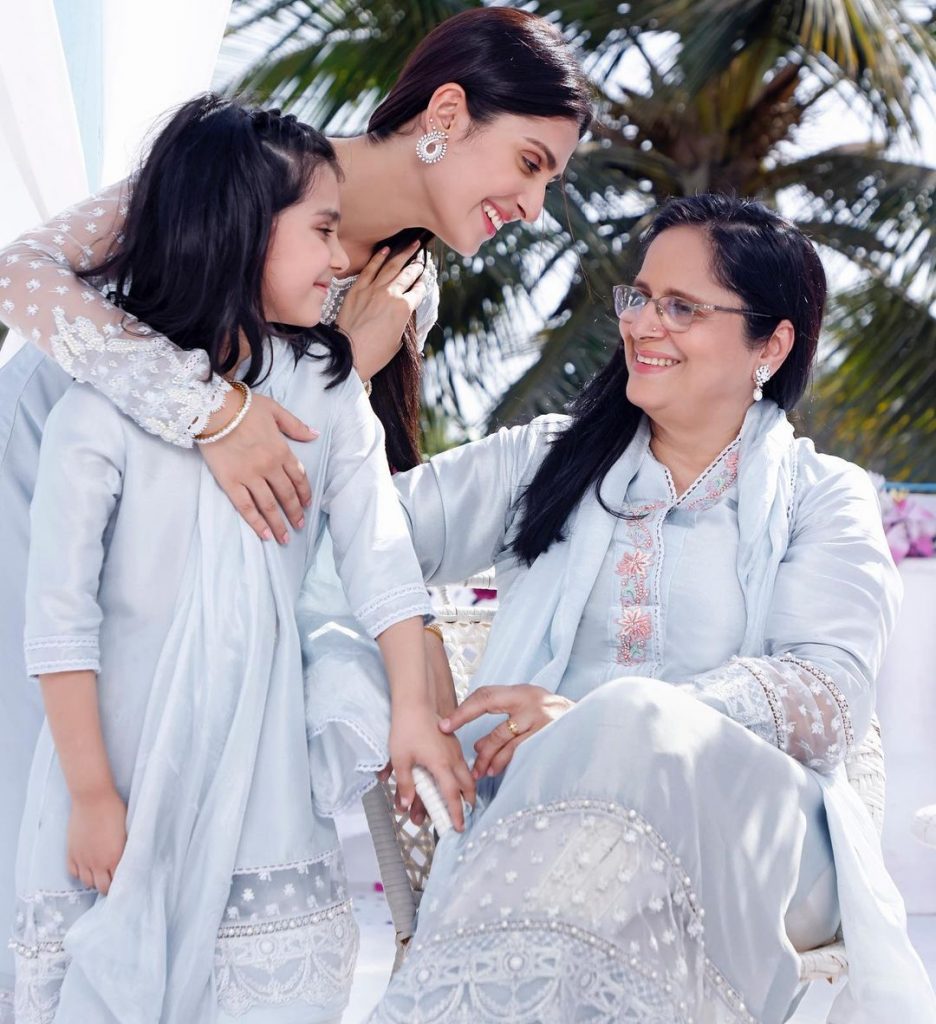