Ayeza Khan is a pretty lady and she always looks stunning in all her avatars. She is really working for her upcoming project Meray Paas Tum Ho where she starring opposite Humayun Saeed and the actress is nailing all the looks in all the BTS pictures we have seen up till now. Ayeza Khan just posted a new look she did for the drama and she is a STUNNER, yet again. Ayeza Khan is dressed in white this time and we all know, Ayeza Khan and white is a dangerous and fabulous combination.

She looked fierce and beautiful in her signature wavy middle parted hair with beautiful makeup. Check out some pictures below: 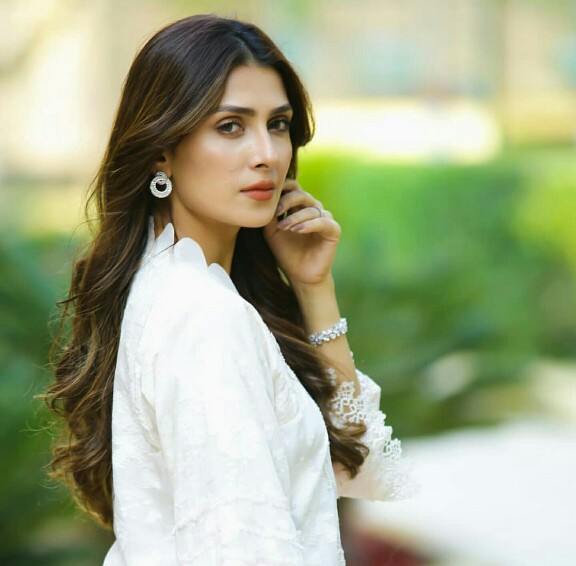 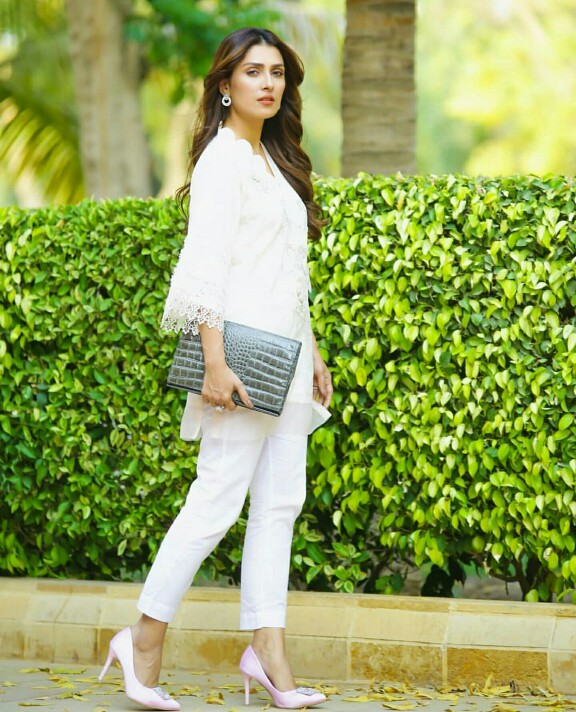 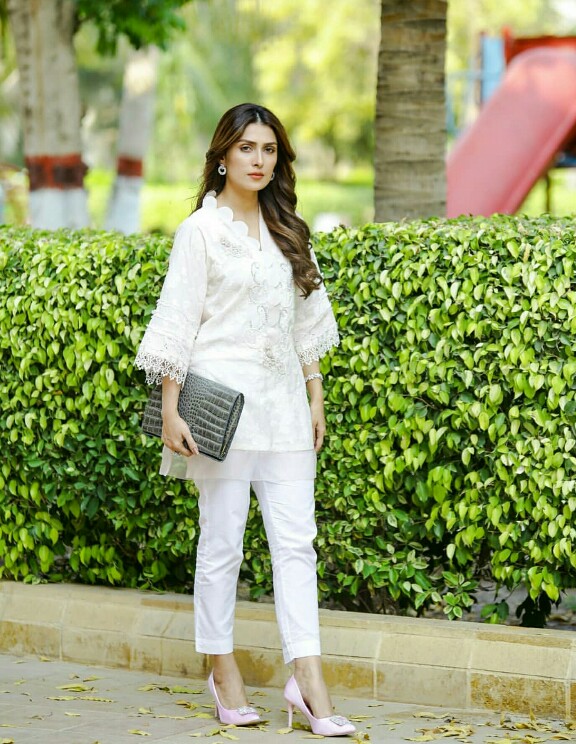 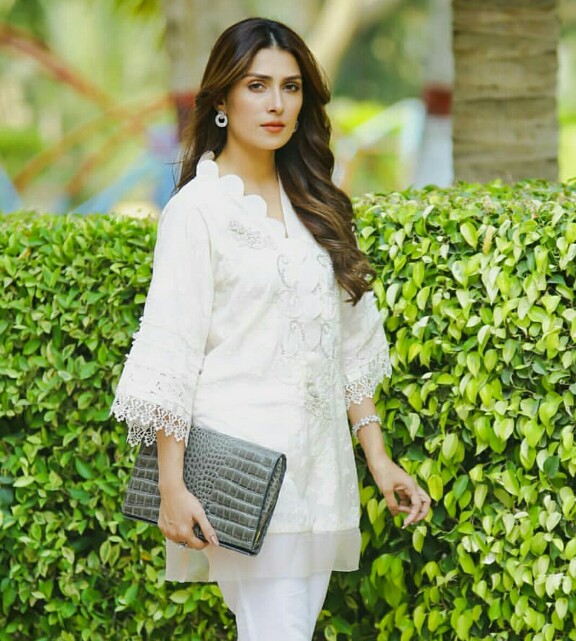 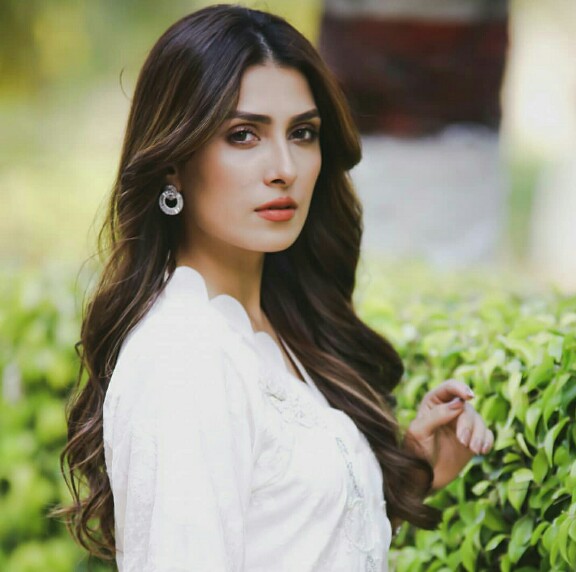