Mushq is a designer brand focused on exquisitely curated designs that are the perfect blend of ethnic and traditional with a hint of glamour. Mushq is a high street fashion brand of Pakistan that is now conquering the fashion industry by offering their beautiful collection that makes ladies fall over it. This fashion label is inspired by Rumi’s famous quote the let the beauty of what you love to be what you do. Because of using premium quality fabric, this brand label has become ladies’ first choice to wear on. They put their heart out in each collection and always come up with unique and elegant designs. 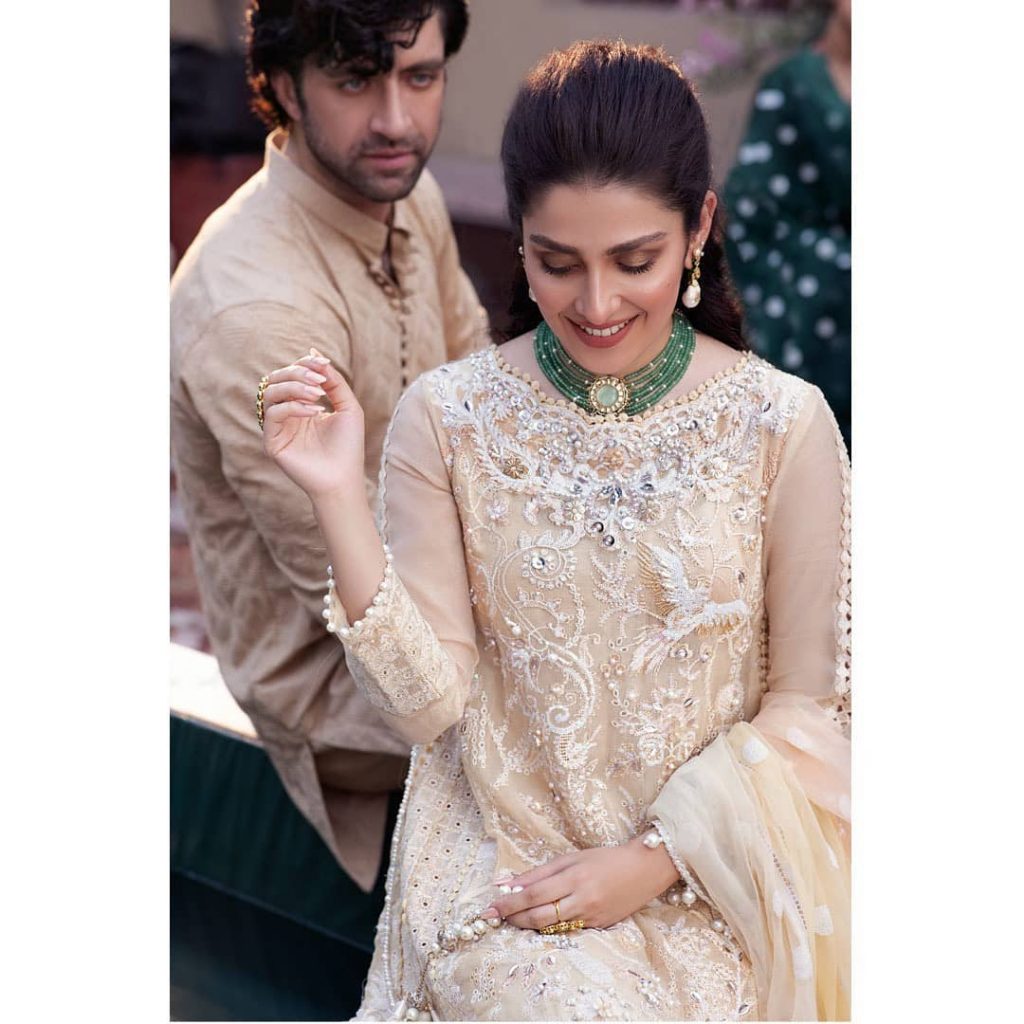 So creative designers decided to launch their own brand to offer more varieties to fashion-loving ladies. Mushq is a newly born brand. Mushq aims to target quality work rather than quantity. Mushq latest festive chikankari collection Daastan features Ayeza Khan. Ayeza Khan looked absolutely regal in all the dresses from the collection Daastan. Let’s have a look at the pictures of Ayeza Khan: 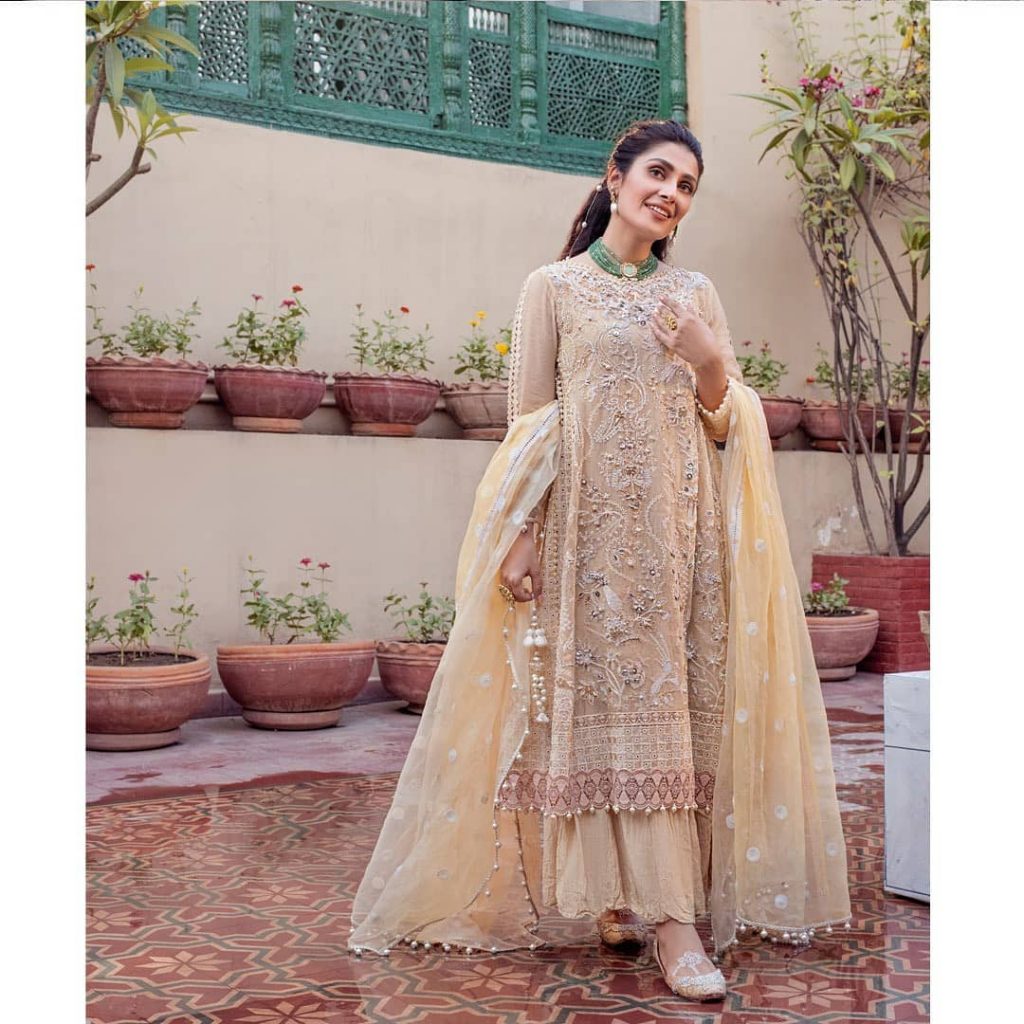 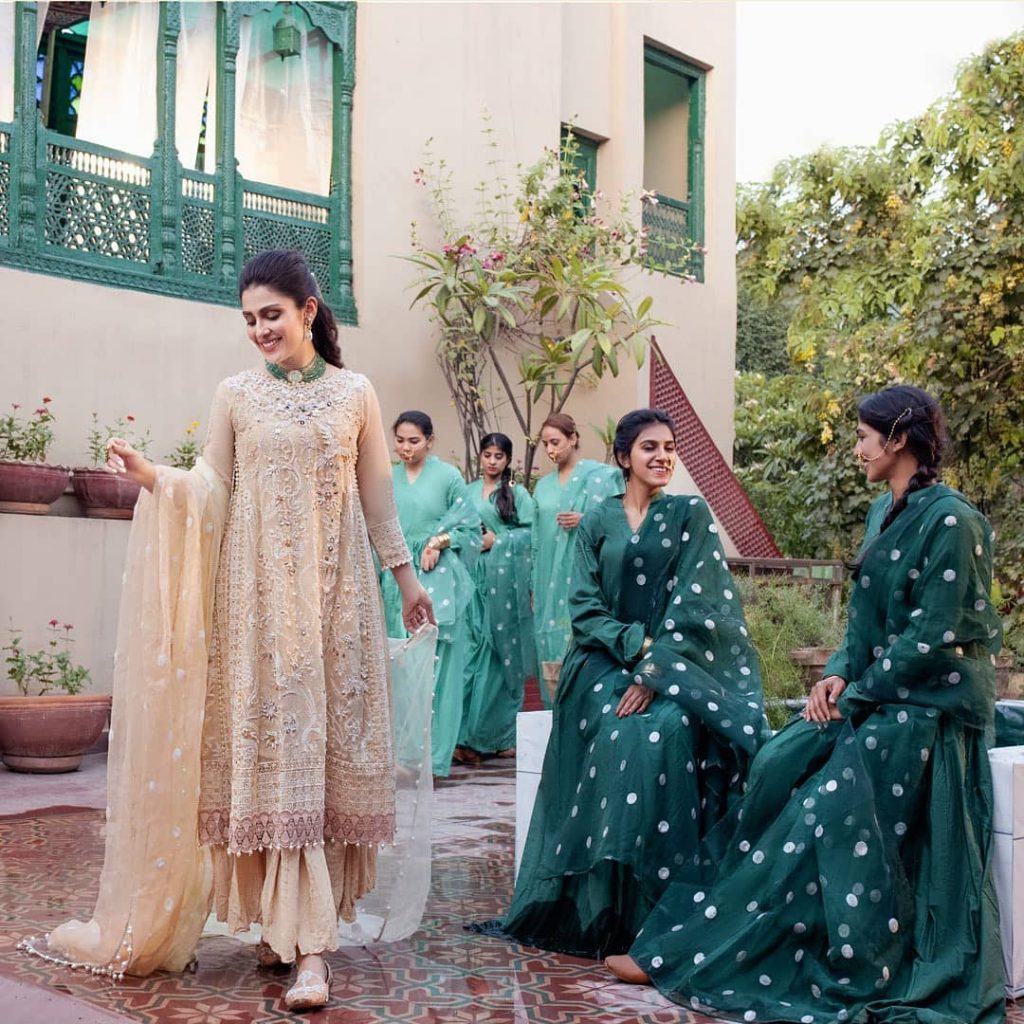