In this day and age, where people are trying hard to fight colorism and fake beauty standards set by the society that scrutinizes women on the basis of their outer appearances, to see influential celebrities and big names endorse such fairness and beauty creams comes as a shock and a major disappointment. This is the reason people expected better from Ayeza Khan because of the influence she has and the inclination she herself feels towards all things beauty related. 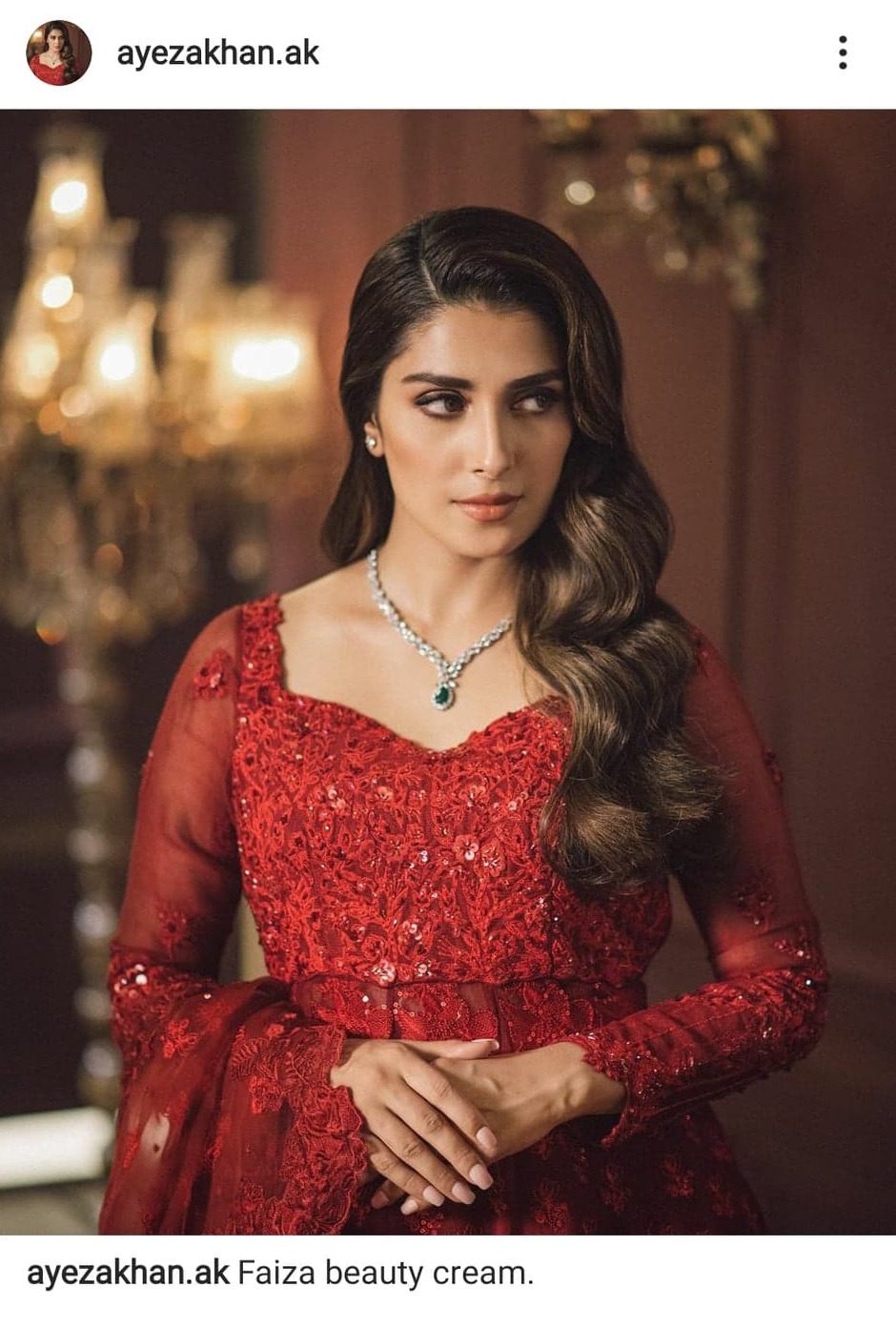 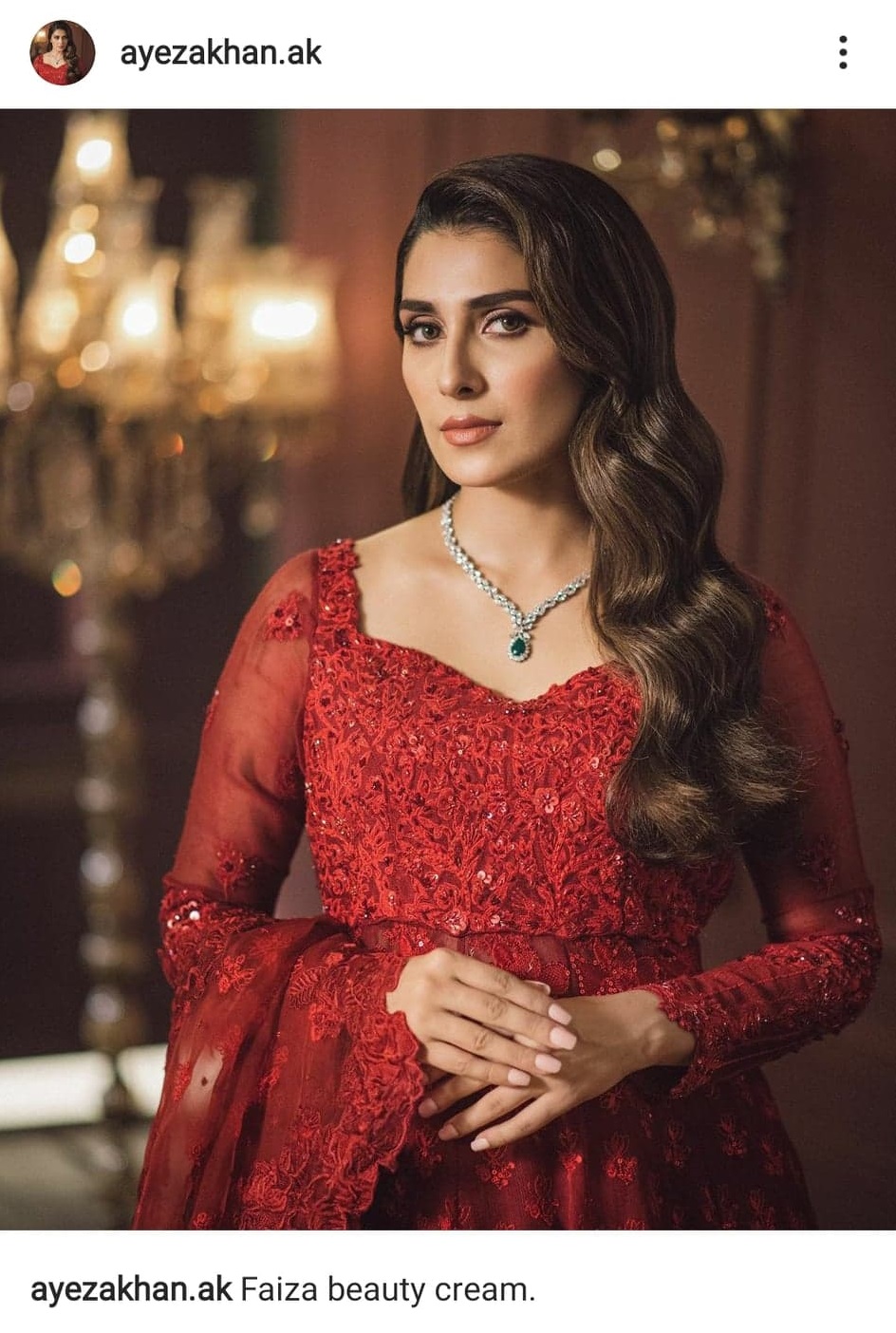 In the last year, all those celebrities who have endorsed fairness creams have been called out and this is the reason, Ayeza Khan is also facing a backlash for her poor choice. The advertisement does not mention it as a fairness cream but for decades, such creams have been associated with skin-lightening that such brands have heavily promoted, therefore it is hard to separate the two. For Ayeza Khan it might just be a beauty product but with everything available on the internet, her fans expected her to have done some research before signing the contract and endorsing it because of the harmful chemicals that are a part of the formula that makes up the cream. Women in general already feel burdened by the beauty standards and end up resorting to desperate measures in order to change their complexion or features, therefore for a big star like Ayeza Khan to become a part of the problem and contributing to the complexes of the women is actually bizarre.

As much as Ayeza Khan’s images and photoshoots are beautiful, it has now come to a point where it is becoming not only monotonous but tiresome because without even realizing, she is projecting a false image of what ‘normal’ is and should be like. This is the reason, she has failed to understand the gravity of certain situations and because she can not perceive any event or happening, not beauty, glamour or perfection-related, she always tries to glamorize things that should be left untouched. At this point, it seems Ayeza Khan’s only priority and concern on a daily basis is to keep her Instagram feed as glamorous as possible, and during the course of it, she forgets where to draw a line.

Being a celebrity in this day and age is not just about looking beautiful or promoting glamour, it comes with a huge responsibility because the celebrities influence their fans and followers in one way or the other. For a star like Ayeza Khan to overlook the influence she has on the people and to unconsciously continue with the false image of overly glamorous day to day life is definitely not doing anyone a favor.

This is the reason she happens to be the only celebrity who has nothing to say when the people belonging to the same fraternity raise their voices and concerns about the social issues that need to be addressed. At this point, Ayeza Khan has made it very clear that for her, glamour, branded clothes, exquisite jewelry pieces, and everything beauty-related is of utmost importance, however, it is saddening that in order to promote it, at times she has made some questionable choices.