Ayeza Khan the brilliant actress of Pakistan Media industry, who is not only implausibly beauteous but very talented as well. Currently starring in Meray Pass Tum Ho and Thoora Sa Haq, the actress is setting some new goals in acting world. Ayeza khan is indeed a versatile actress we have seen here playing characters of a feeble girl but now she is also playing the characters of mercenary and opportunistic girl  as we saw in Yaarian and in Meray Pass Tum Ho which is still airing. Meray Pass Tum Ho actress got offers from Bollywood as well. Ayeza Khan recently shared some pictures on her Instagram account and declared her look in the photographs as one of her favorite look.

Let’s have a look at the photographs: 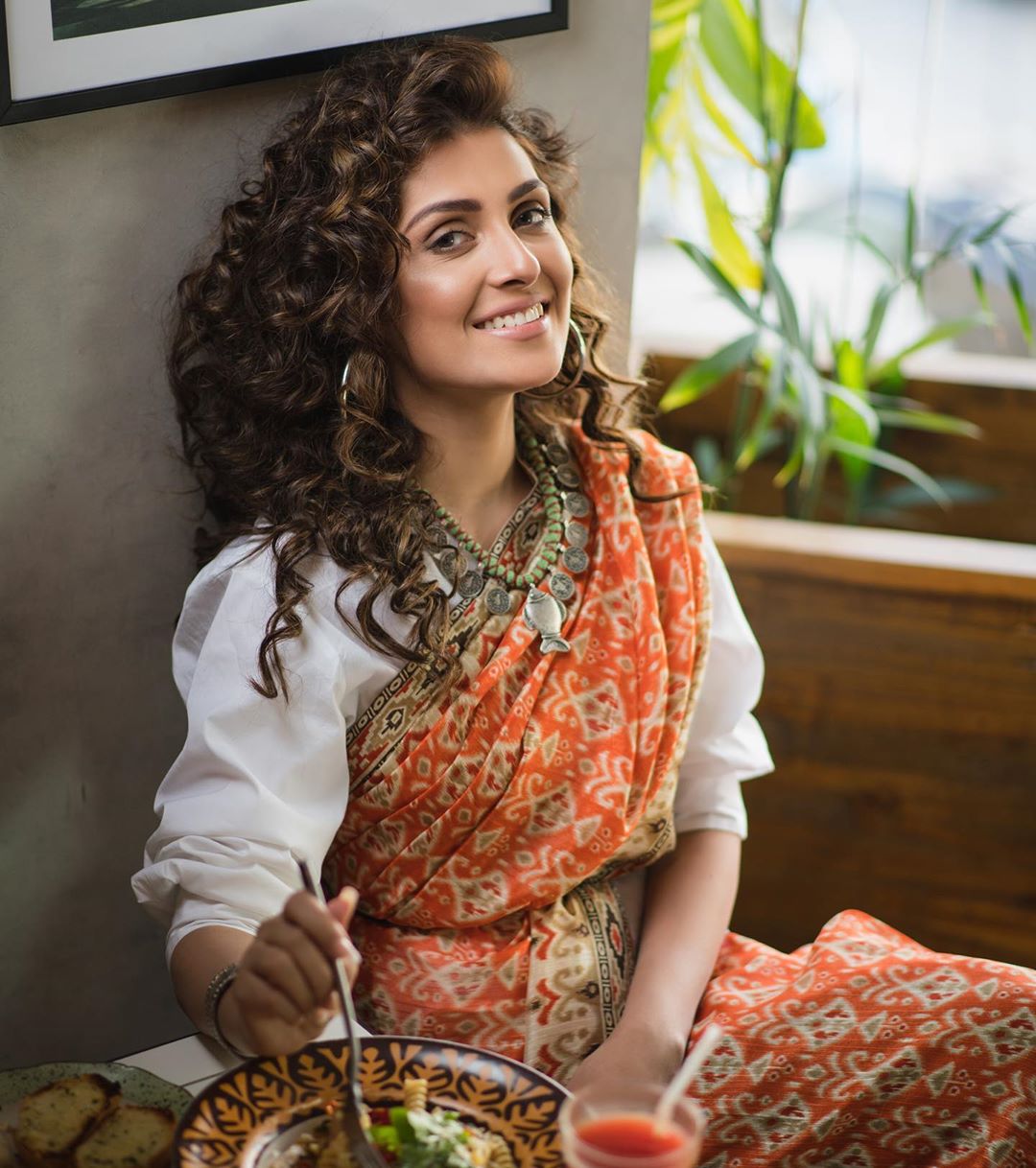 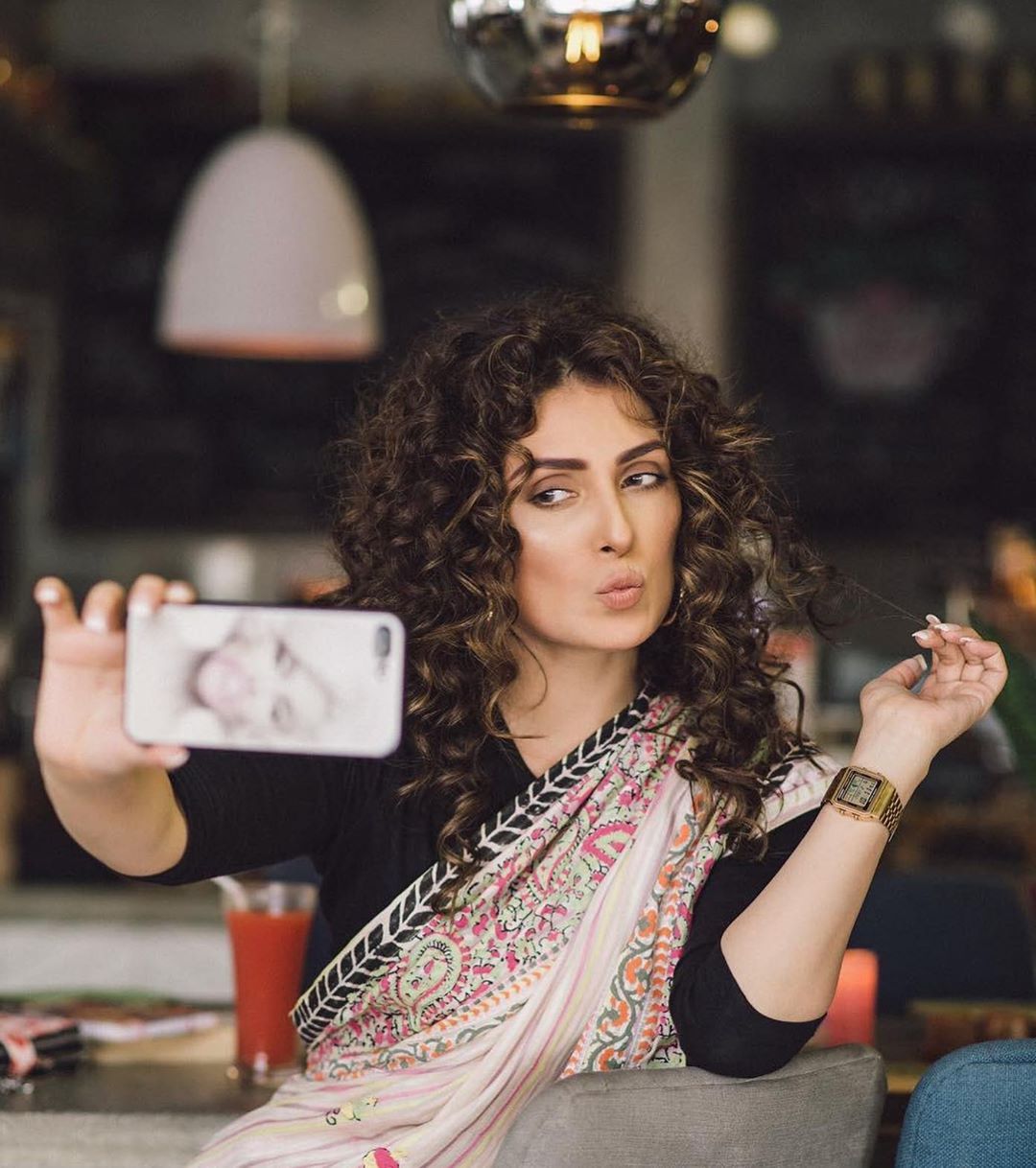 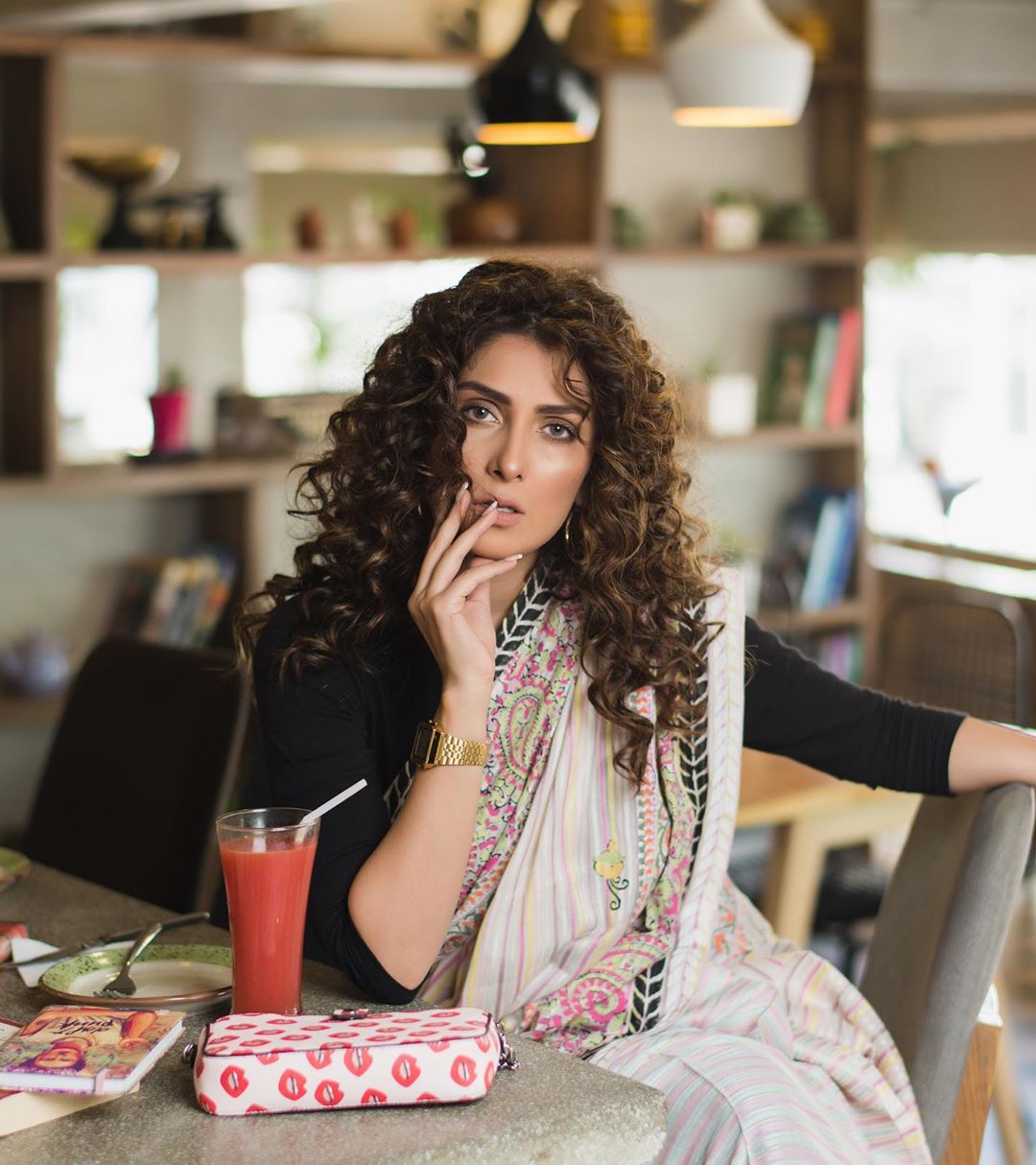 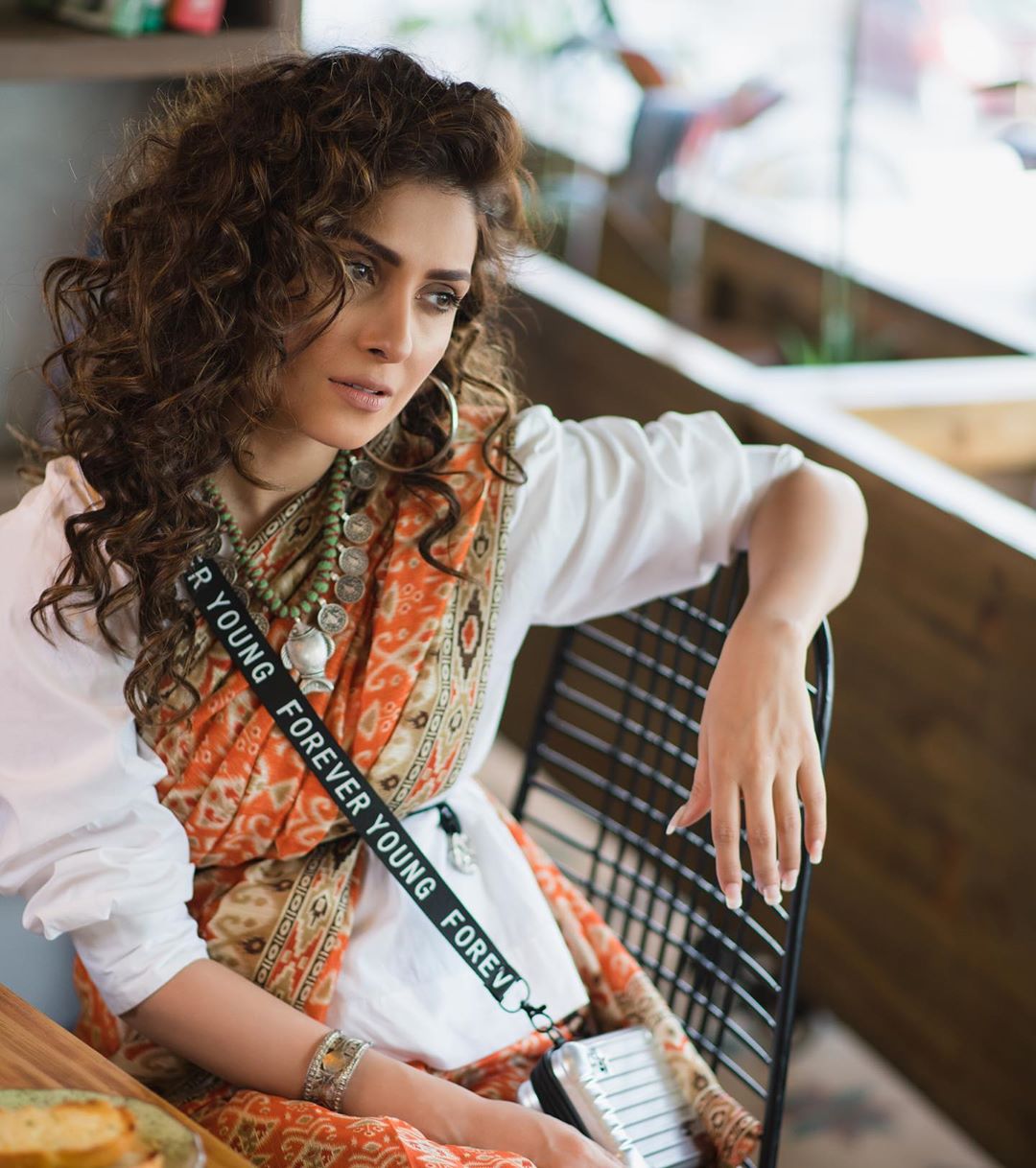 Ayeza is wearing a sari with a contemporary white shirt giving a perfect indo-western look. Her hair is styled curly. 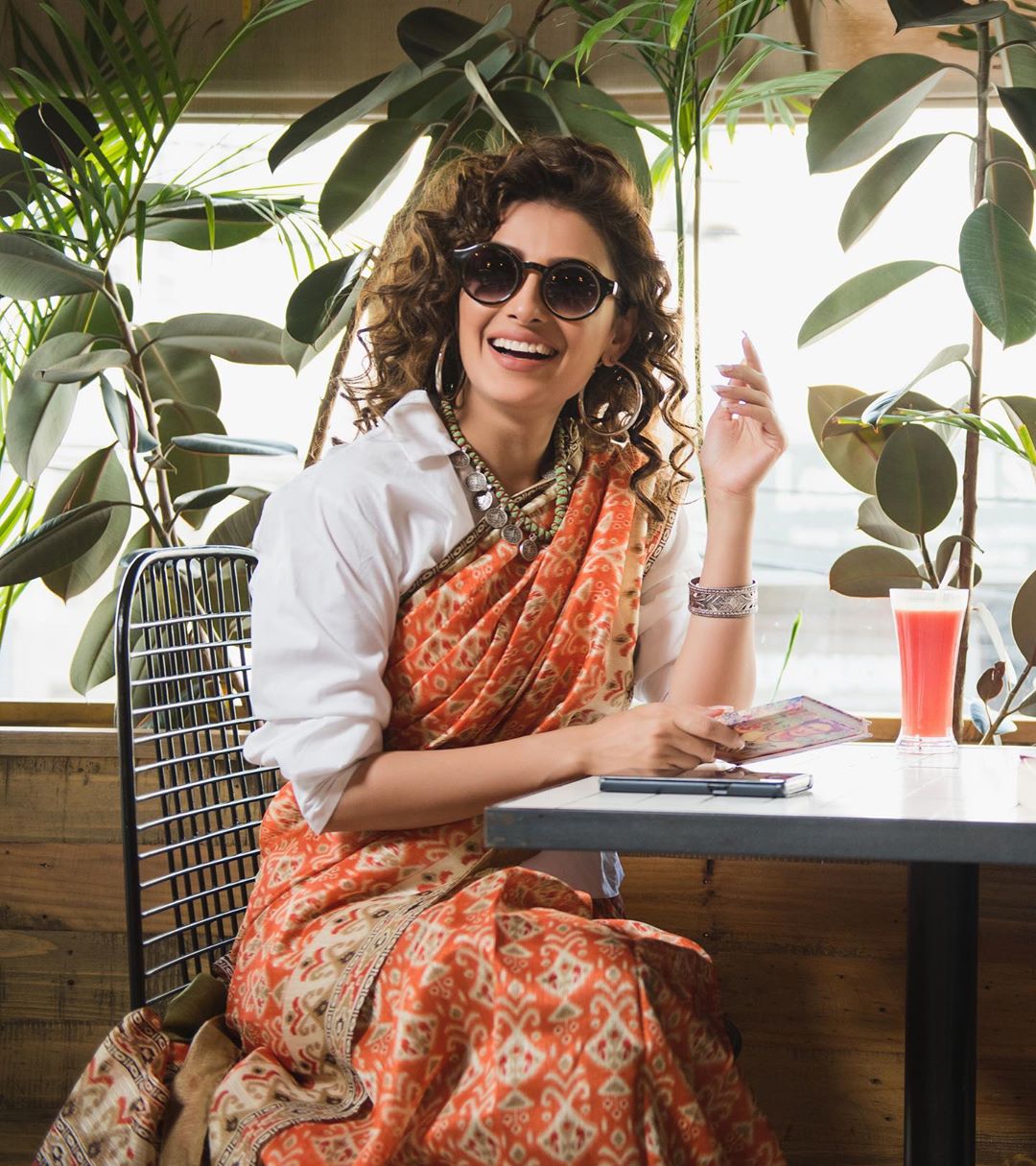 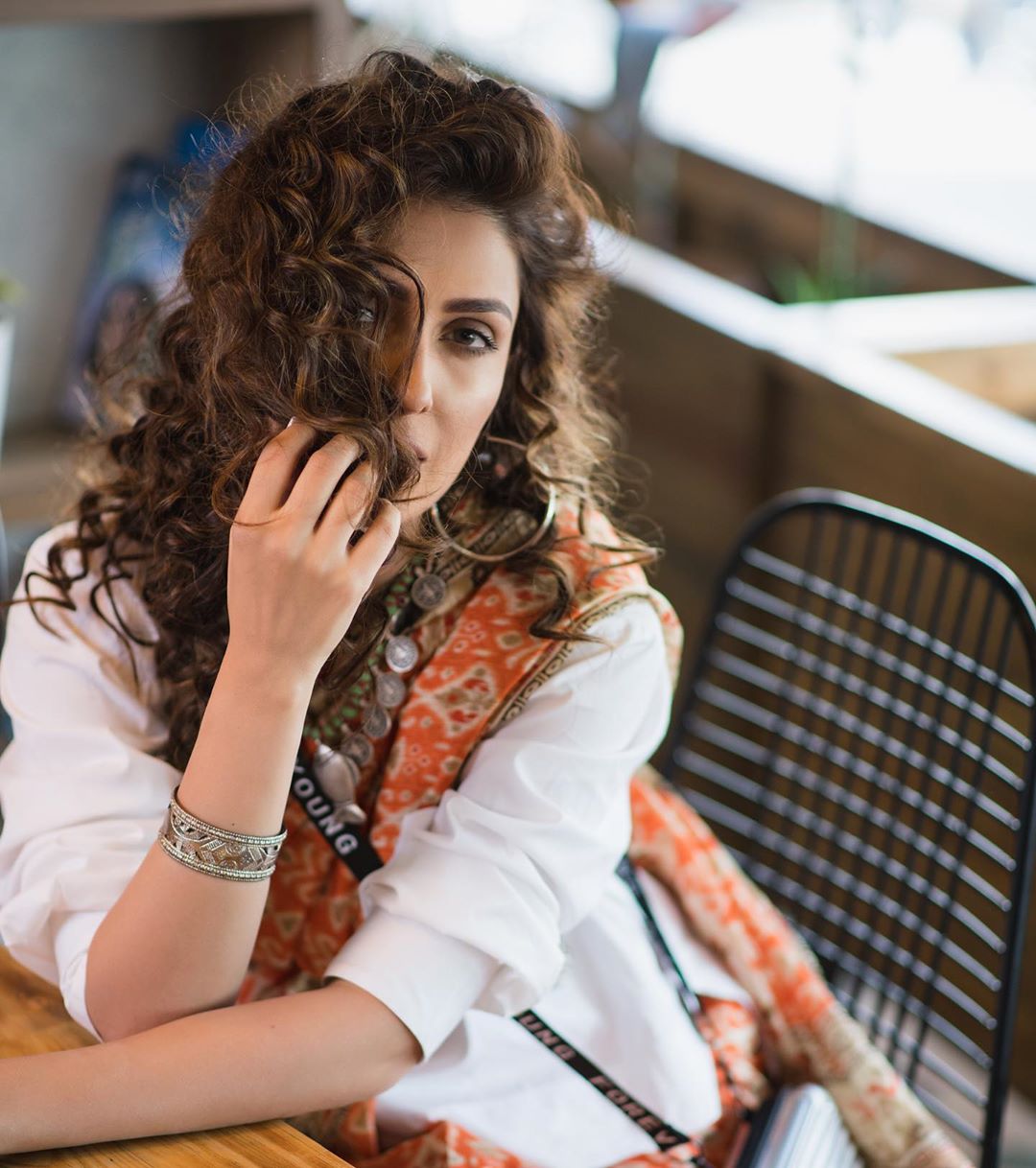 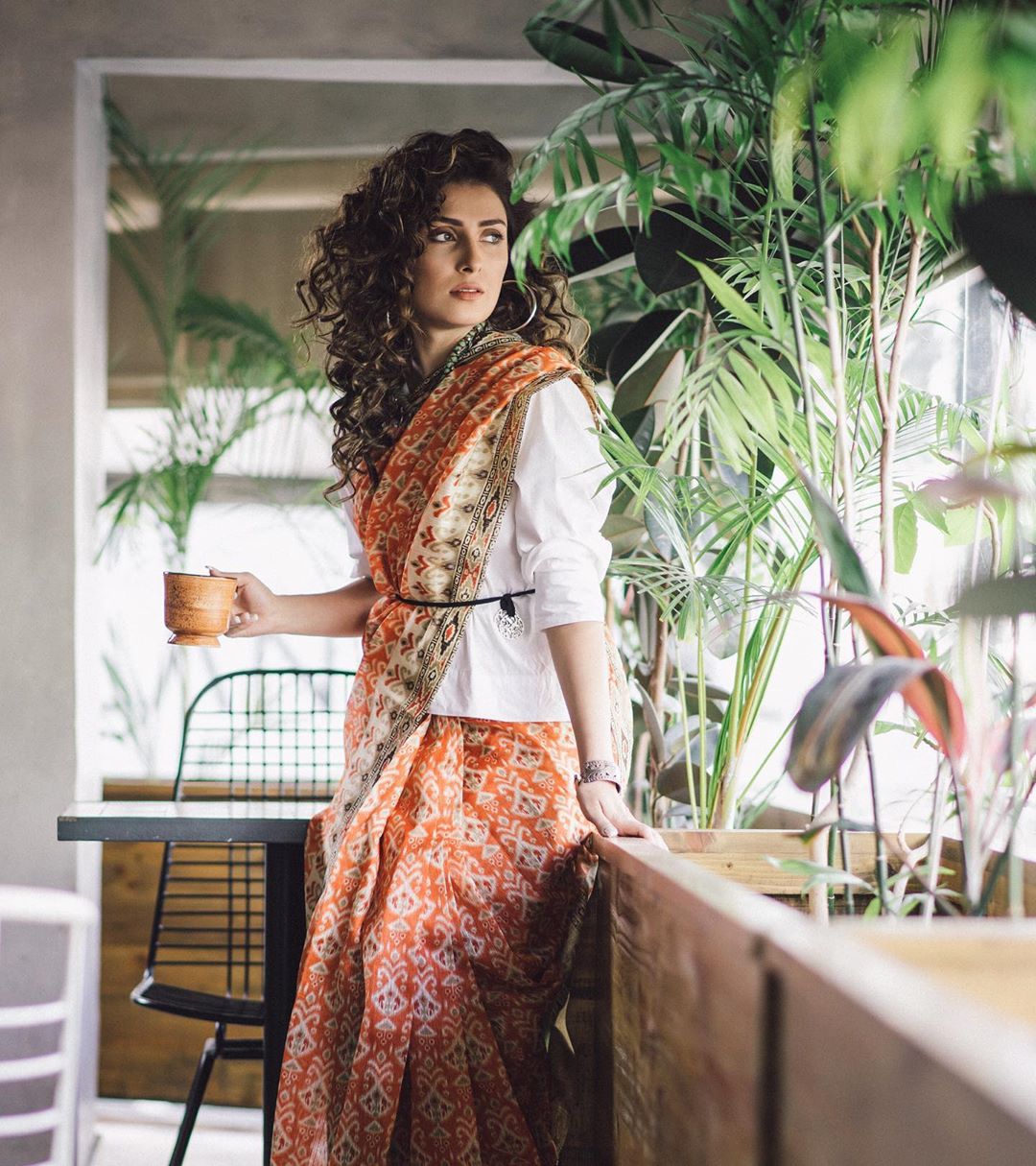 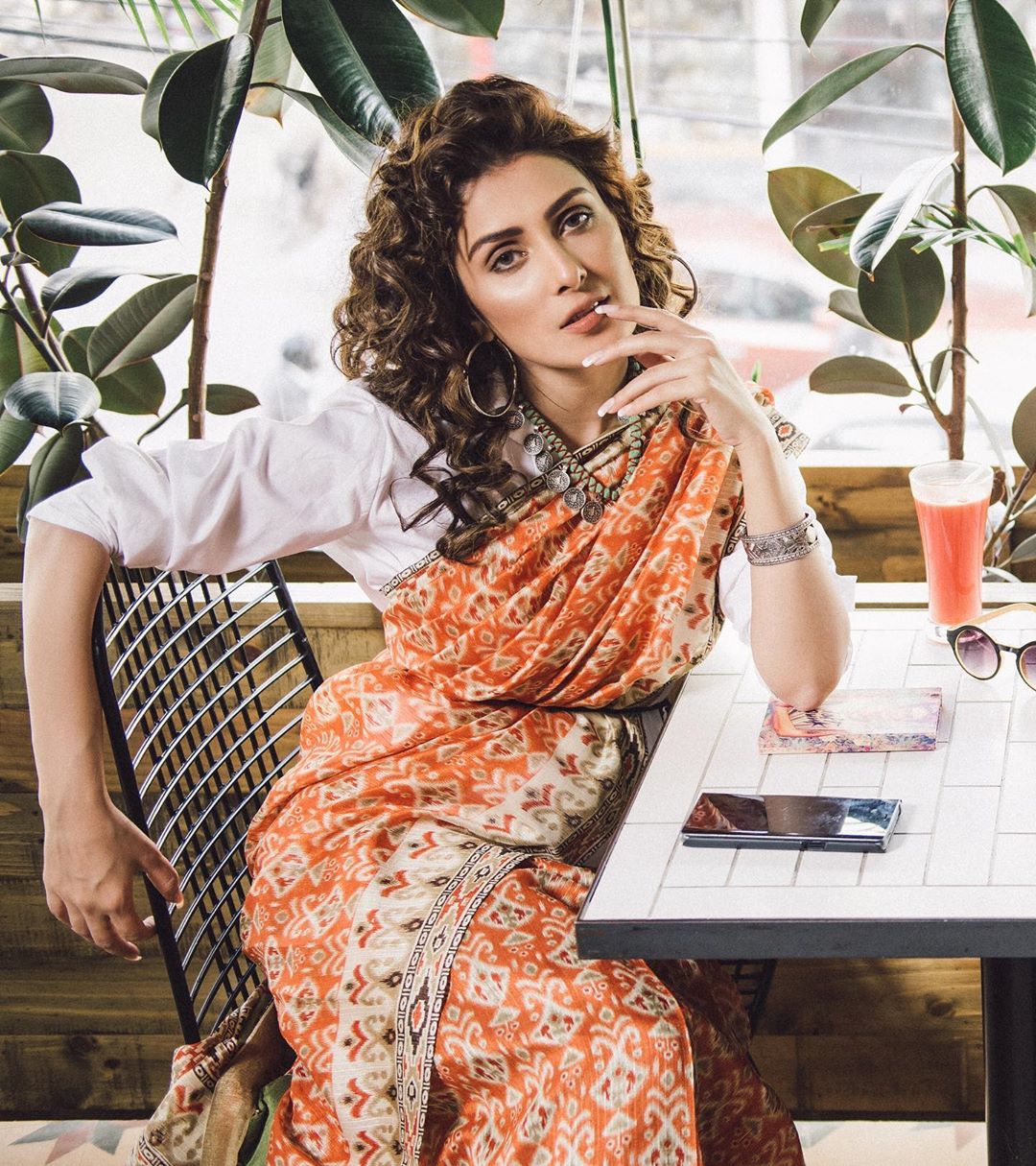 Ayeza Khan’s styling is beautifully done by Anila Mumtaz, a celebrity stylist. Her hair and makeup are professionally done by Rhyan Thomas. Whereas, Kashif Qadri took these absolutely stunning photographs.

Ayeza Khan has maintained herself so well. One cannot say that she is the mother of two cute children.

Share your thoughts about these alluring clicks of Ayeza Khan in comments section!