Ayeza Khan is an alluring Pakistani actress and model. She is one of those actresses who has always received a positive and optimistic reaction from the audience because of her decency and values. She doesn’t belong to an artistic background, yet her craze among people is worth mentioning. 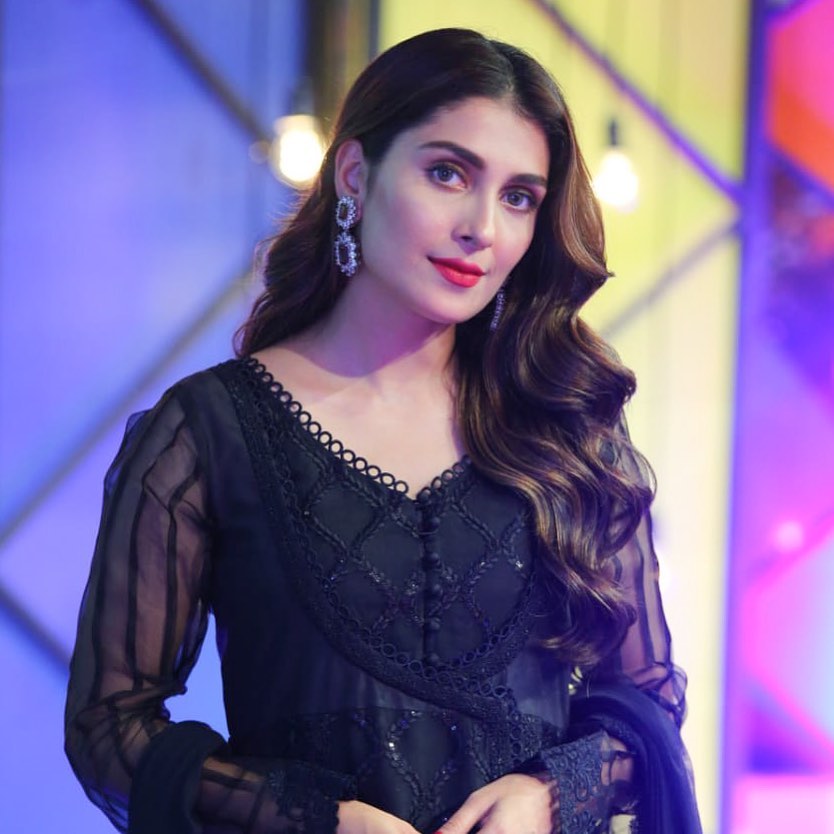 Ayeza got married to Danish Taimoor, a young, handsome, and one of the accomplished actors of our industry in 2014. The couple is blessed with two children. 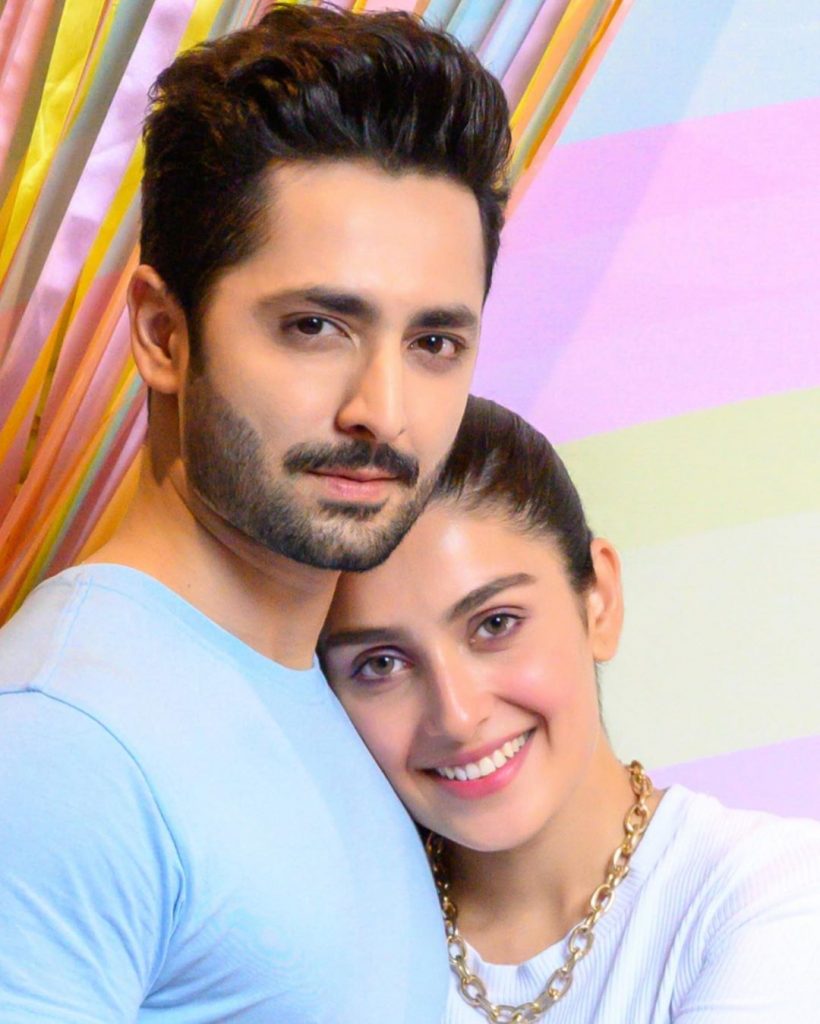 Recently Ayeza Khan was featured in a latest shoot for “Noor By Sadia Asad” for their upcoming winter collection. 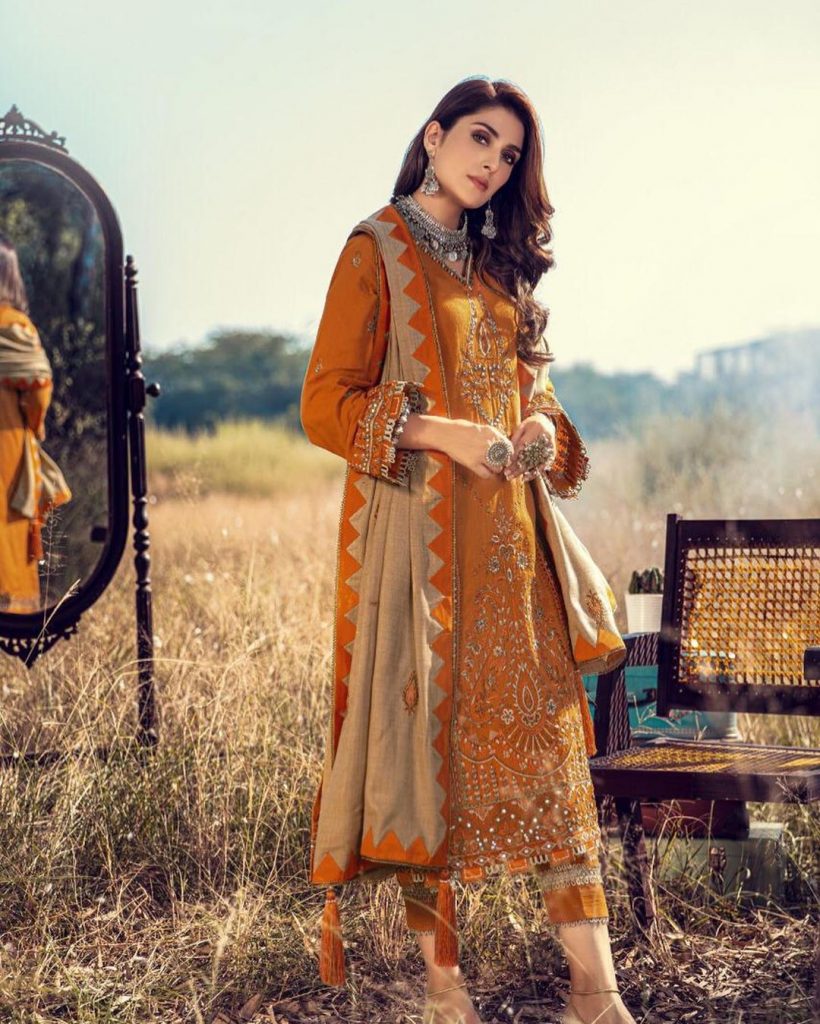 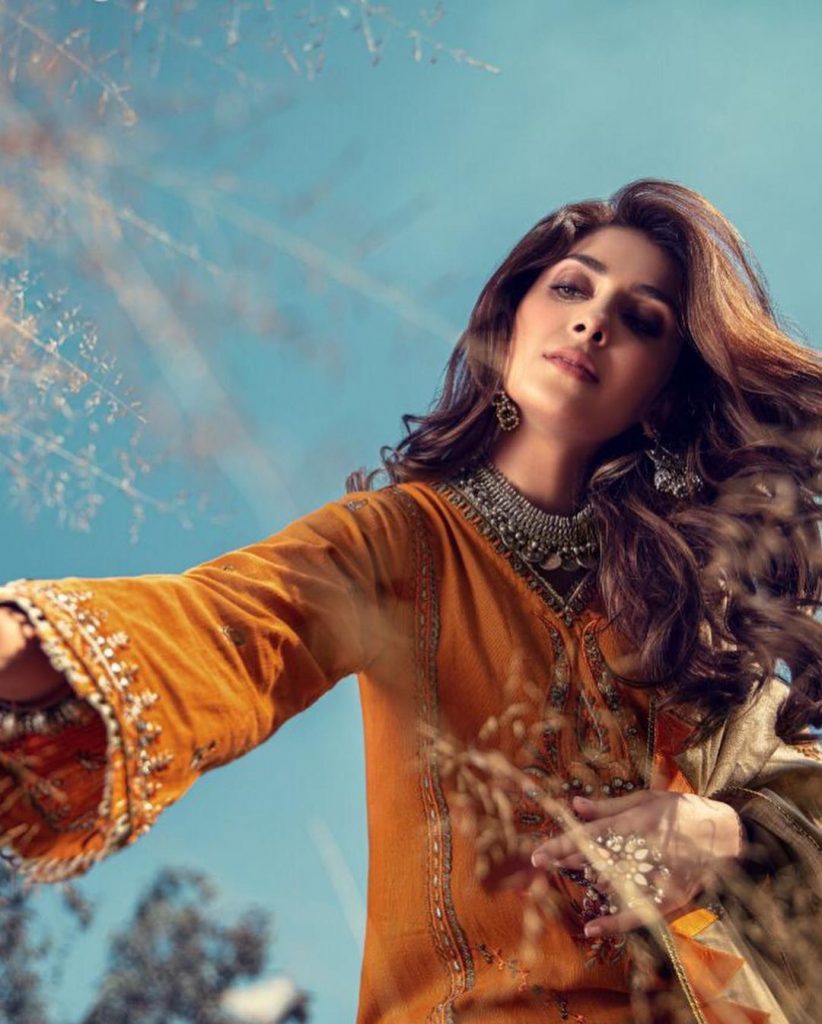 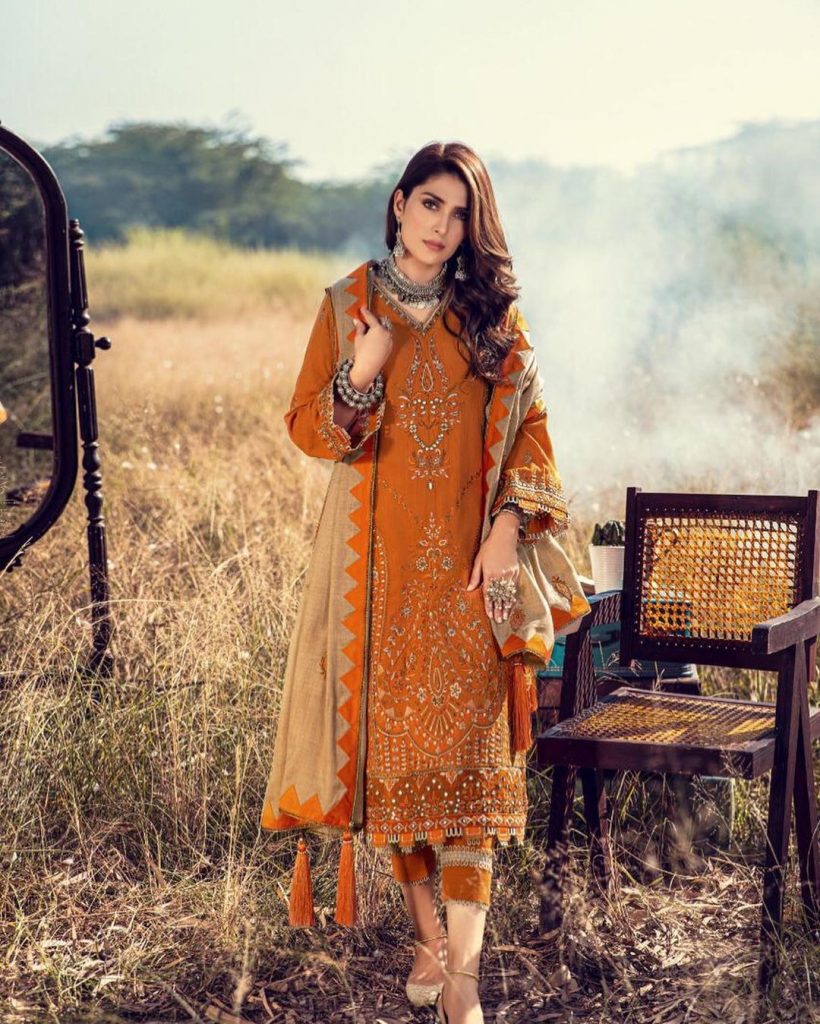 The ever gorgeous Ayeza Khan stuns in this tangerine colored fully embroidered outfit which is a fusion of South Asian paislies and floral patterns by Noor. 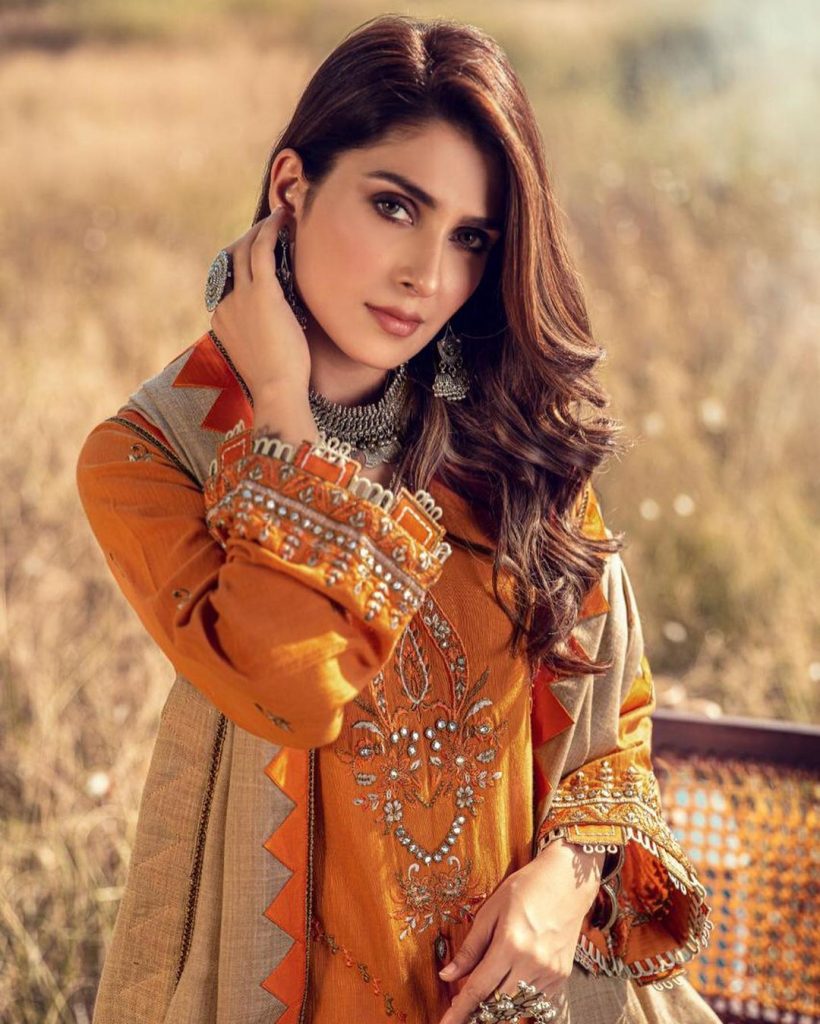 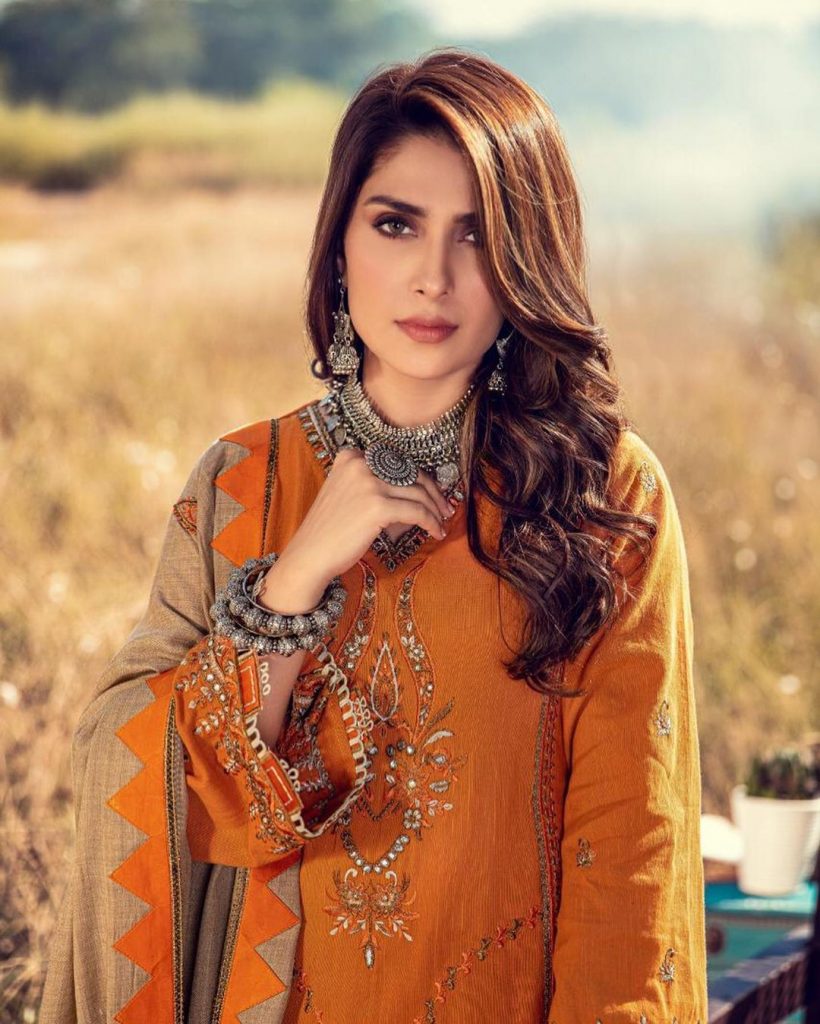 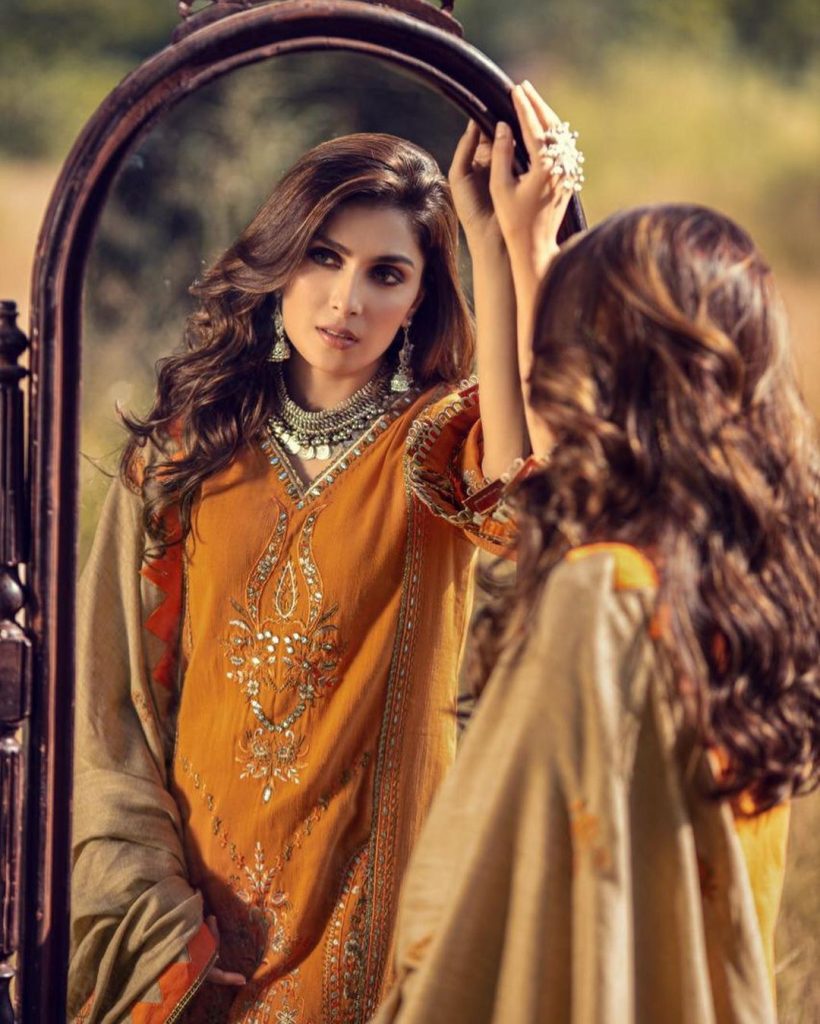 Toosh colored pure pashmina wool shawl with all over scattered embroidered booties is paired along with this outfit.