Ayeza Khan is an enchanting, versatile, and an accomplished Pakistani actress and a model who is in the industry for a long time. Her husband Danish Taimoor is likewise a talented Pakistani actor, a Model who is attached to the Showbiz industry for a long time. Ayeza khan as always made her fans’ Eid a lot more sweeter with her latest posts on Instagram. Recently Ayeza Khan shared some stunning pictures on her Instagram account celebrating Eid-ul-Fitr day 2. 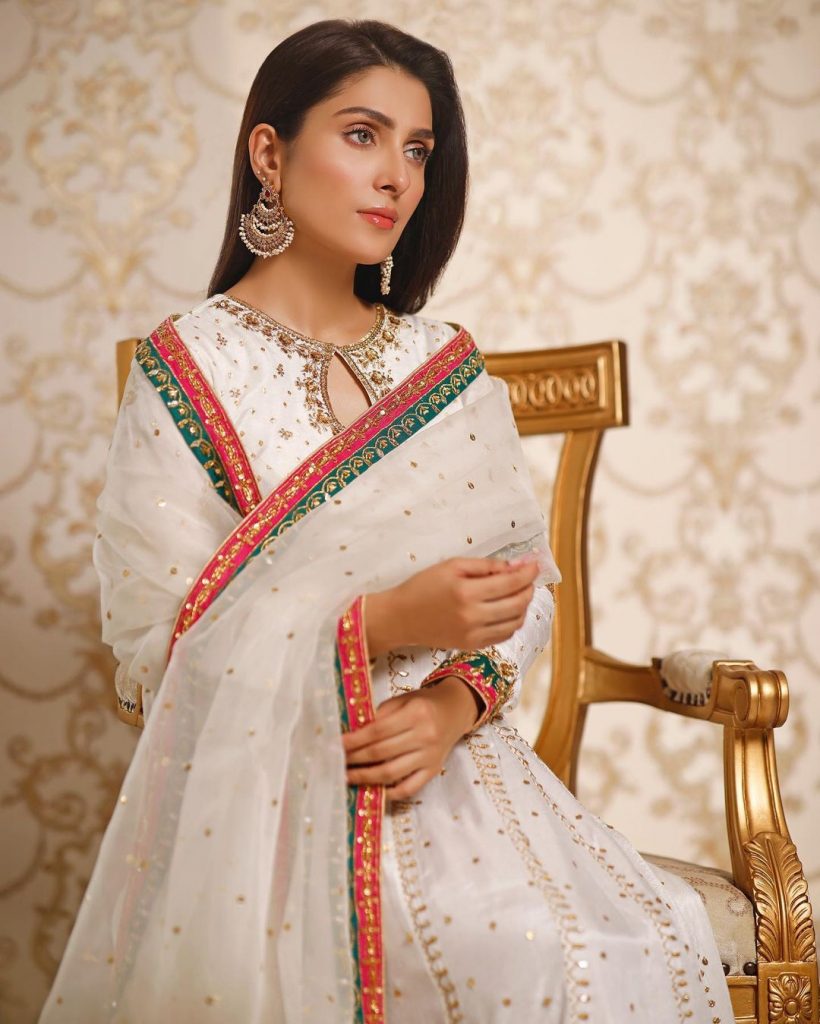 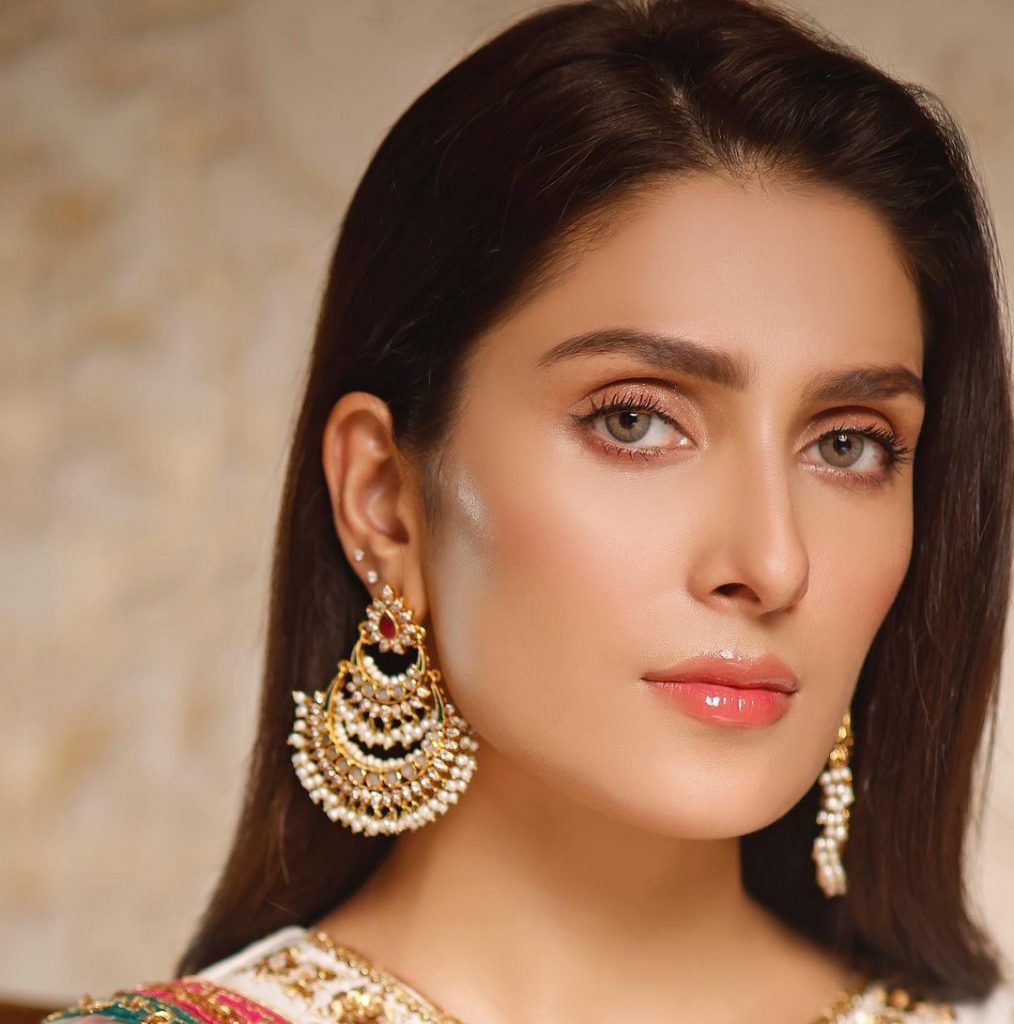 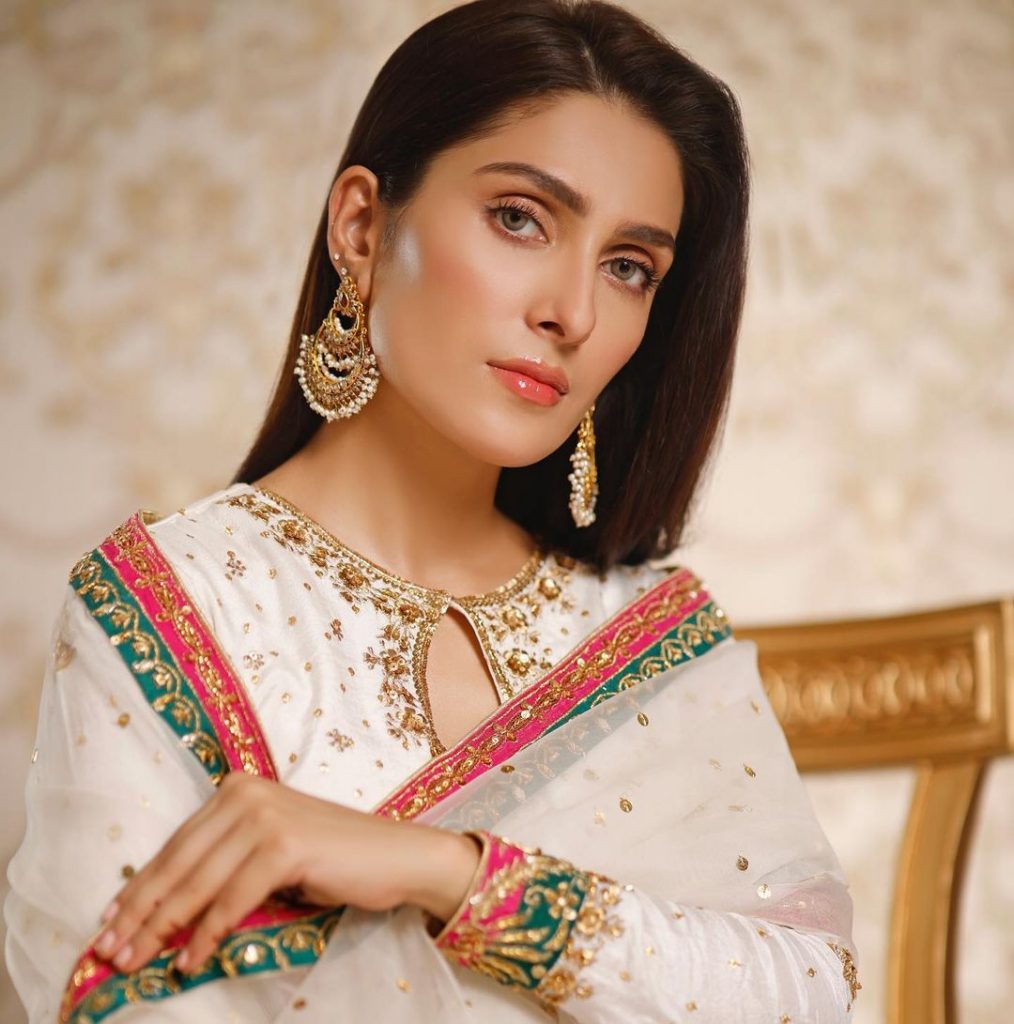 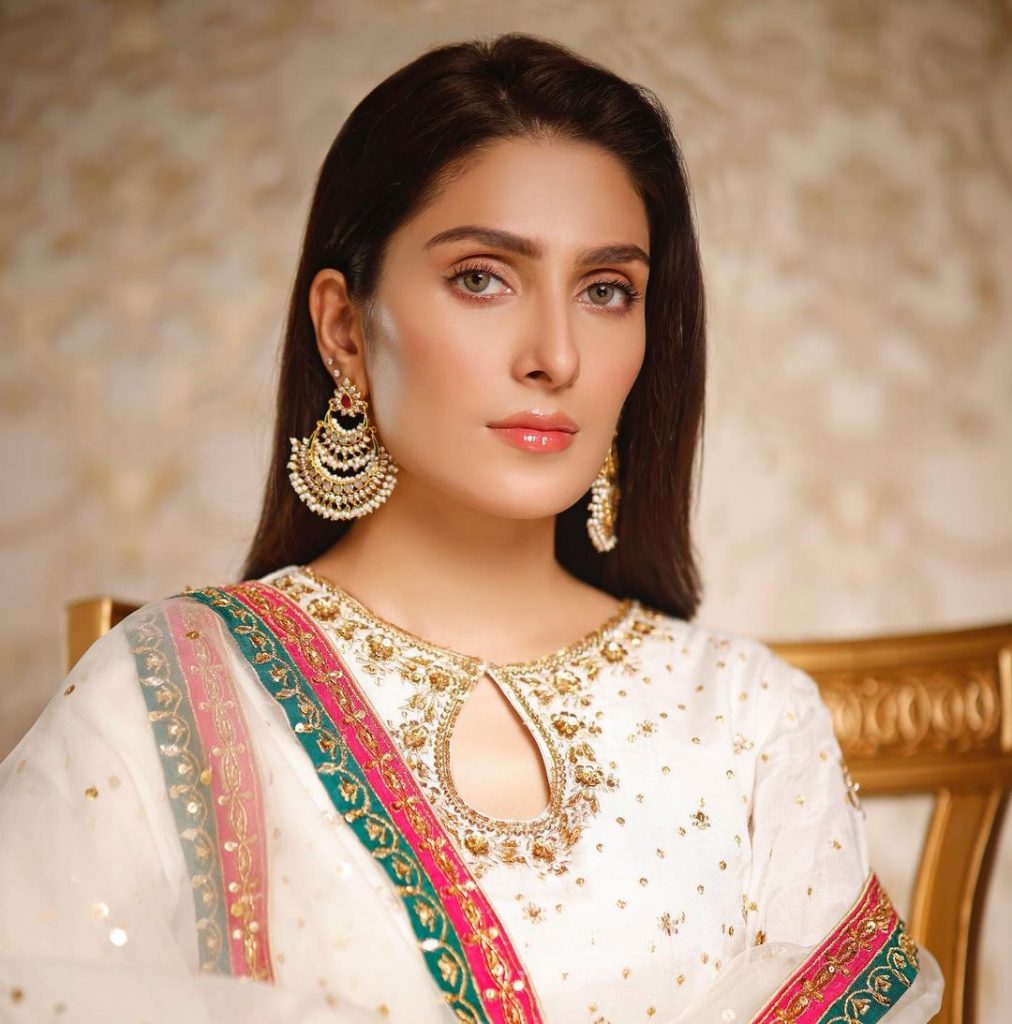 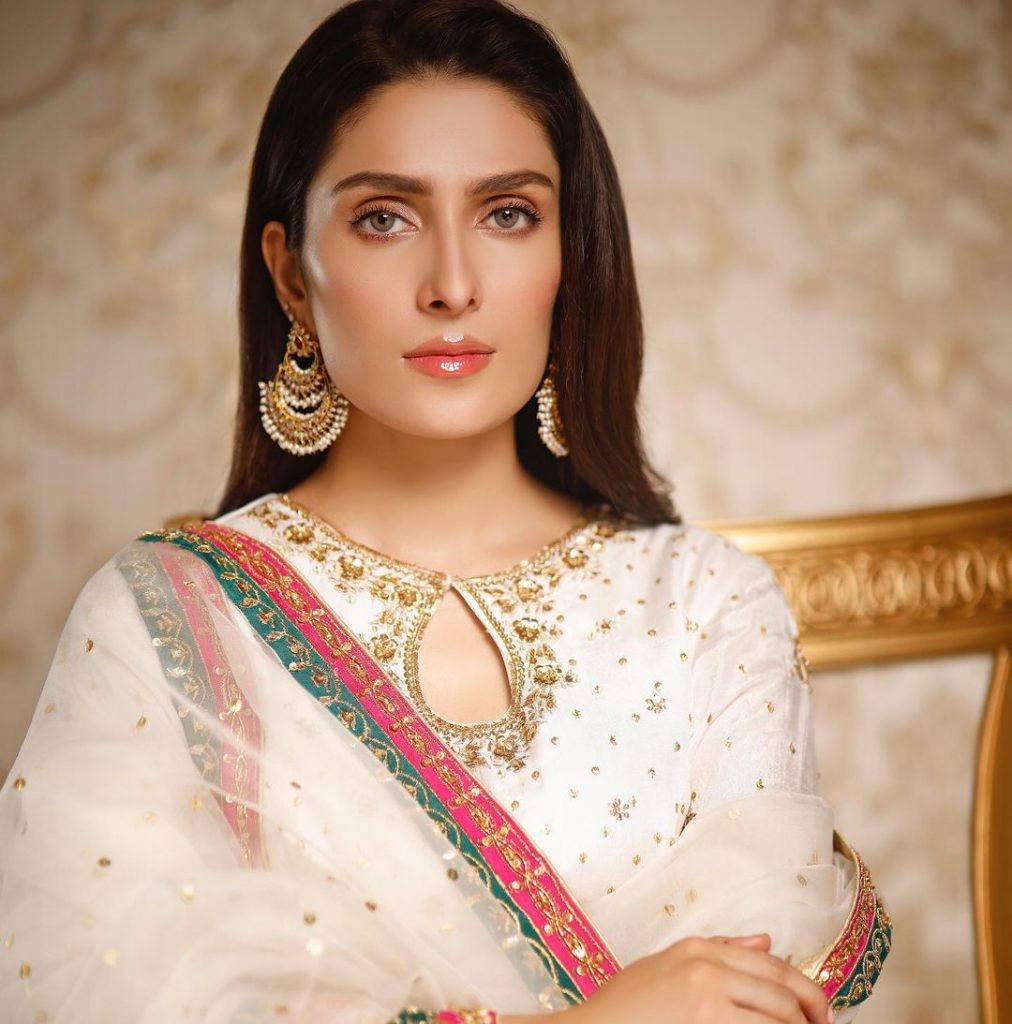 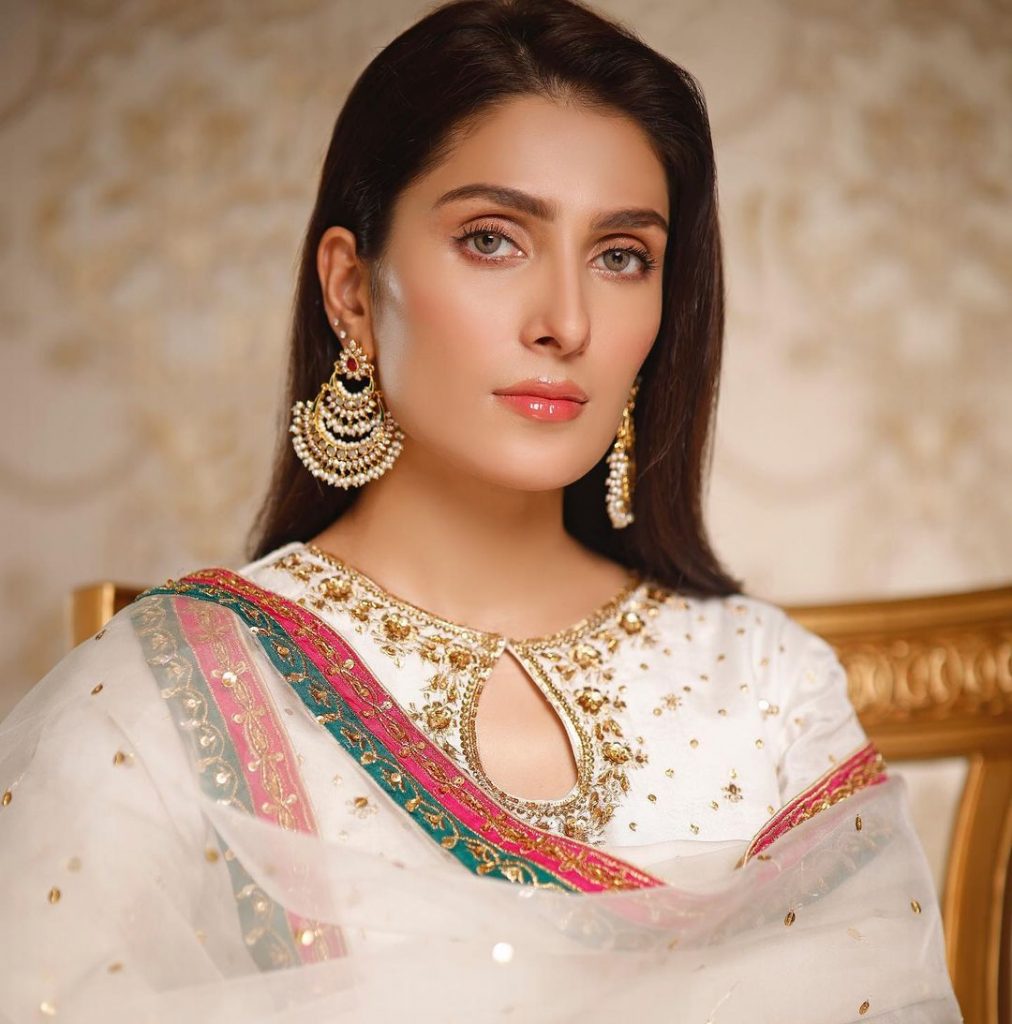 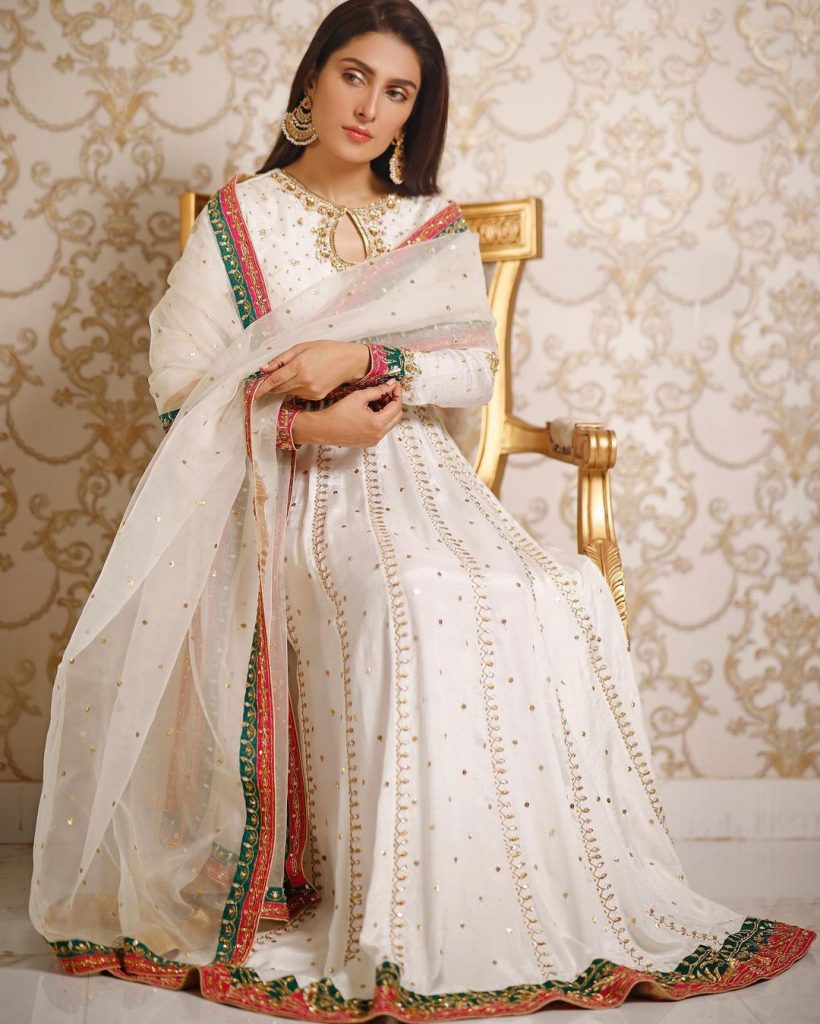 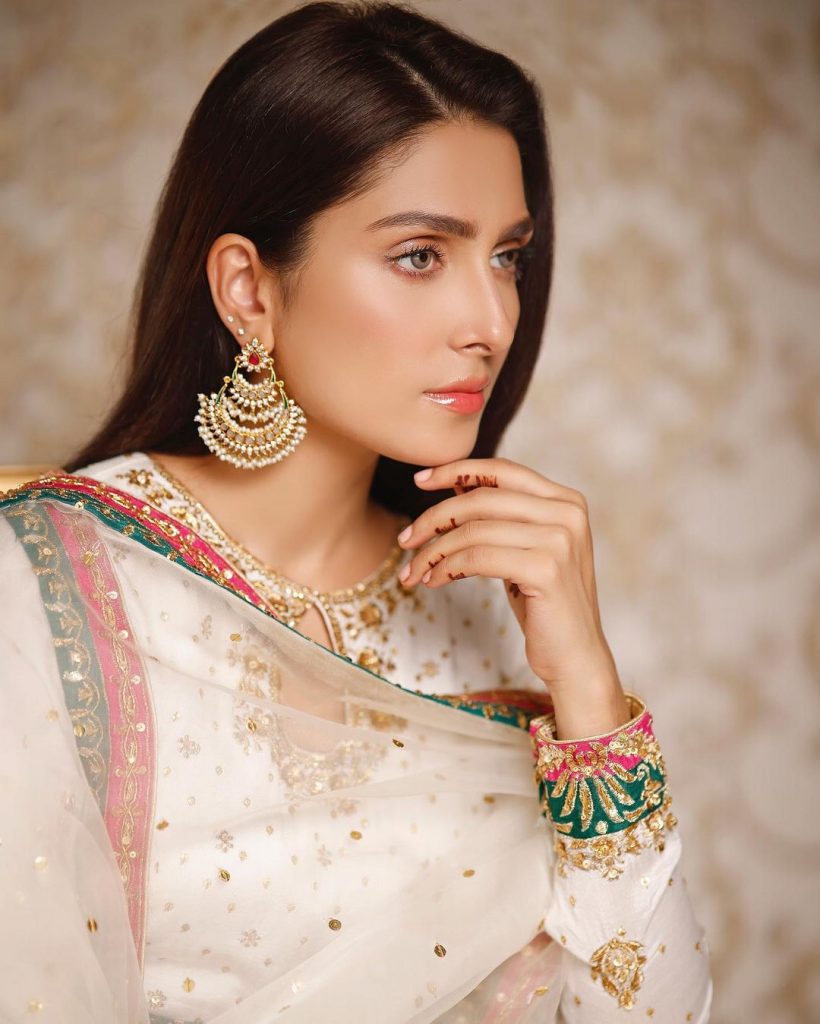 Ayeza Khan looks absolutely jaw-dropping as she is all dressed in beautiful white attire by ‘Ansab Jahangir studio’, paired along with pearl jhumkas by ‘Hamna Amir’.