Ayeza Khan has a great dressing sense. From colors to design, Ayeza is pretty selective about what to wear and where to wear. Probably for her lead roles in our dramas, Ayeza is much seen as a sweet, eastern, innocent girl in which she is found wearing eastern outfits, Ayeza has her other side too.

Here are some pictures of Ayeza, have a look! 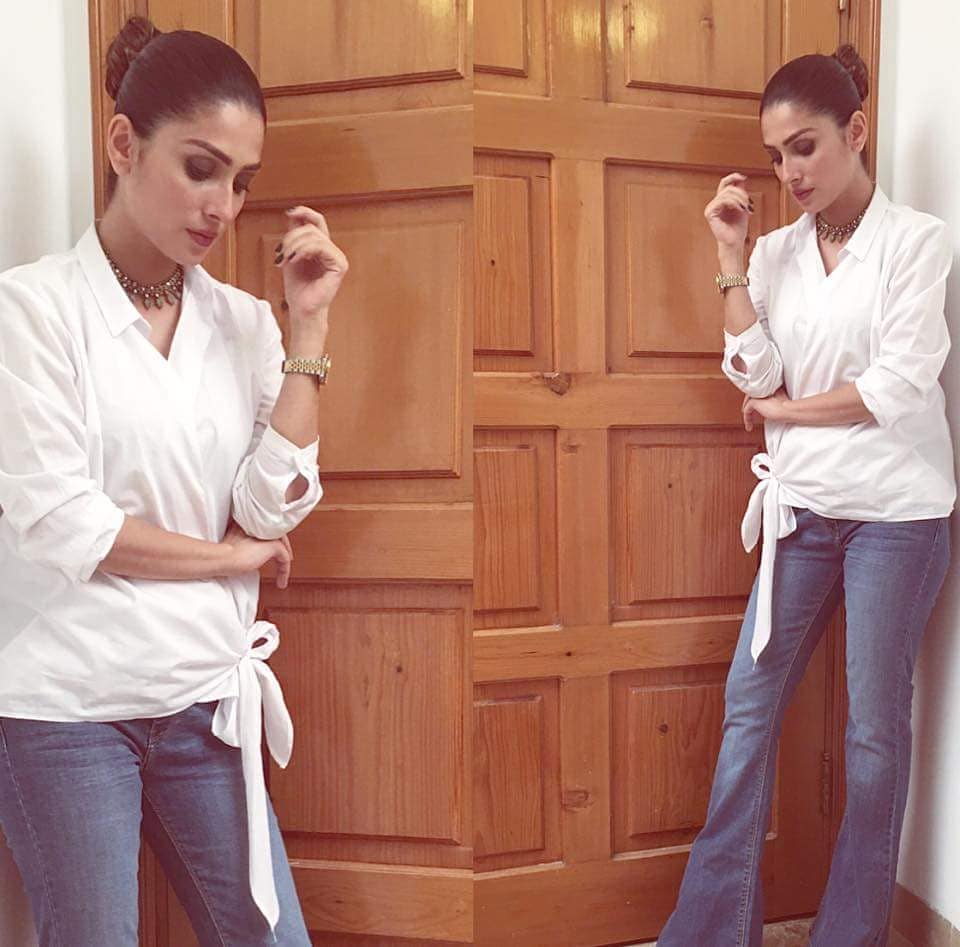 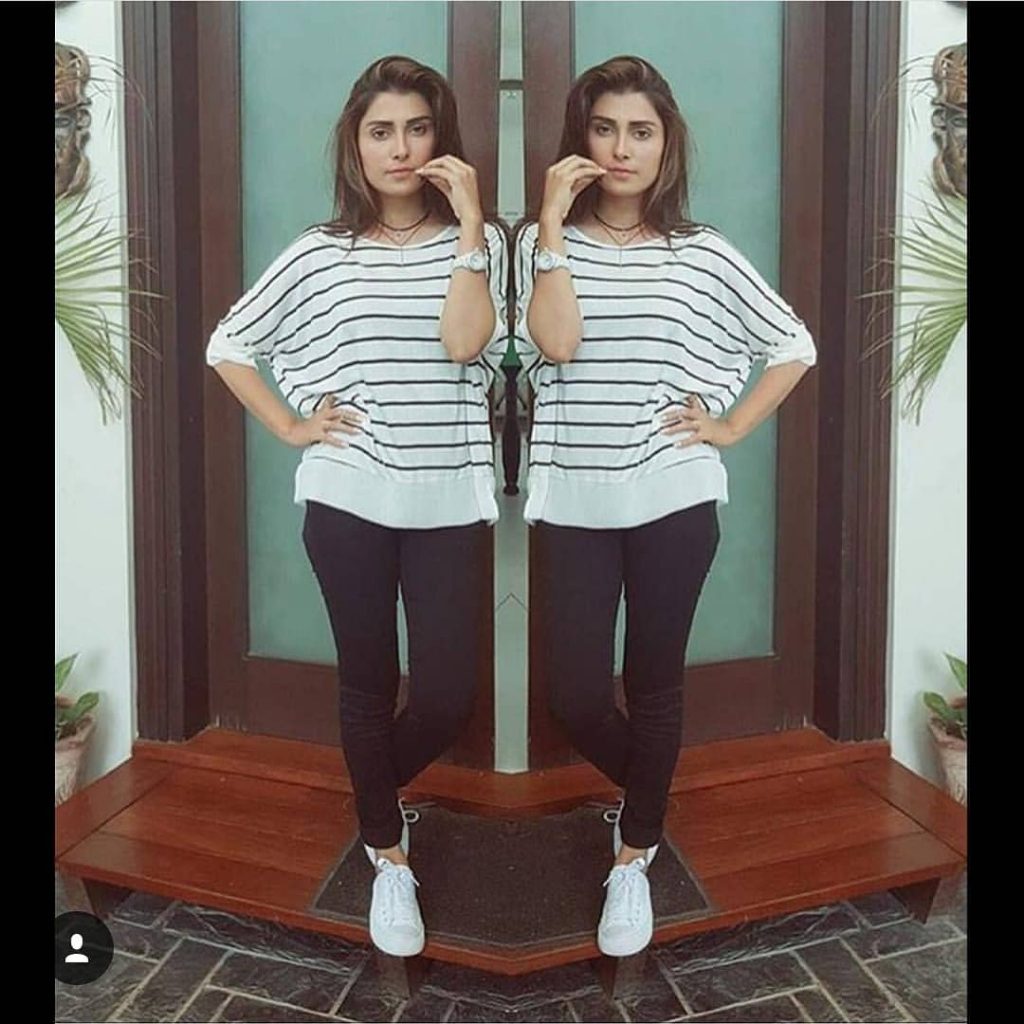 Ayeza Khan looks absolutely amazing in her casual attire as well in which she is mostly seen when going out with Danish and her daughters. Whether it be for a photo shoot or playing cricket with friends, Ayeza surely knows how to carry a simple jeans and a T-Shirt, maintaining her Ayeza-Effect! 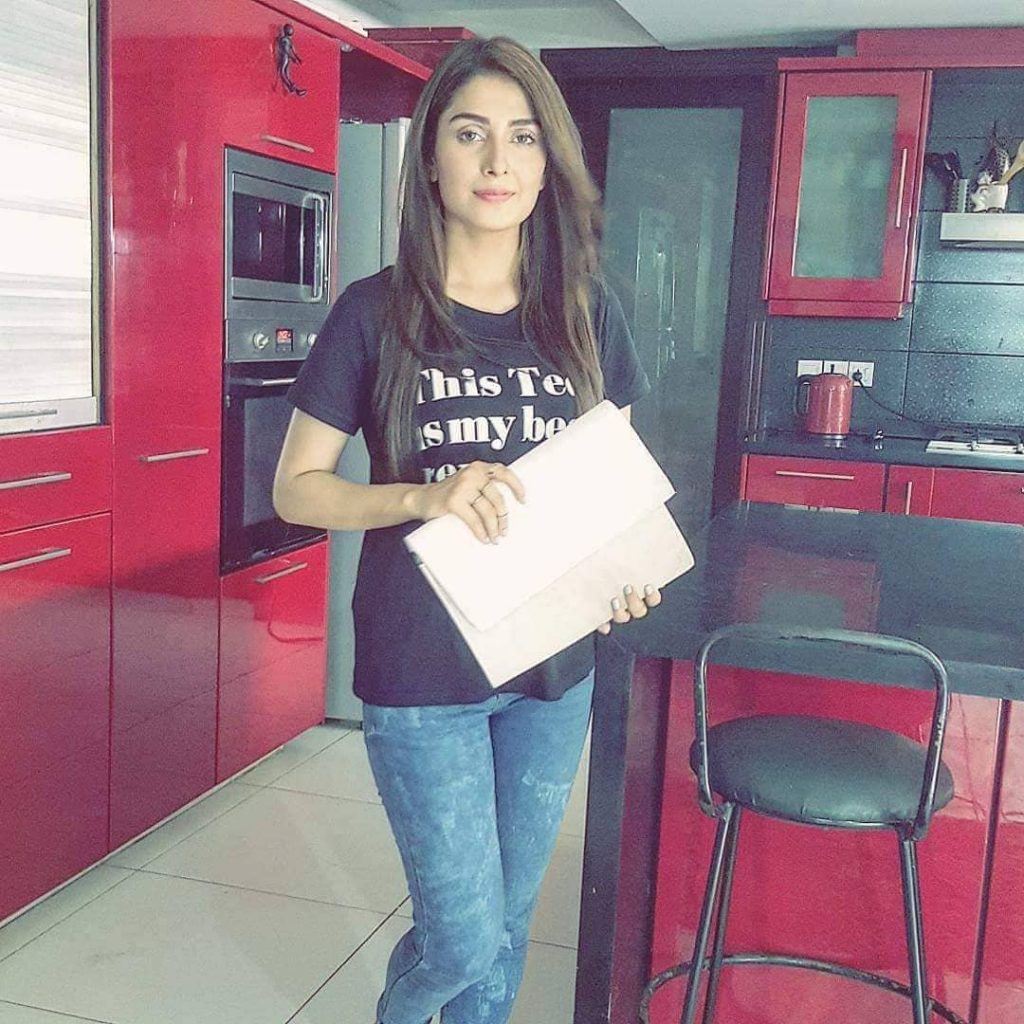 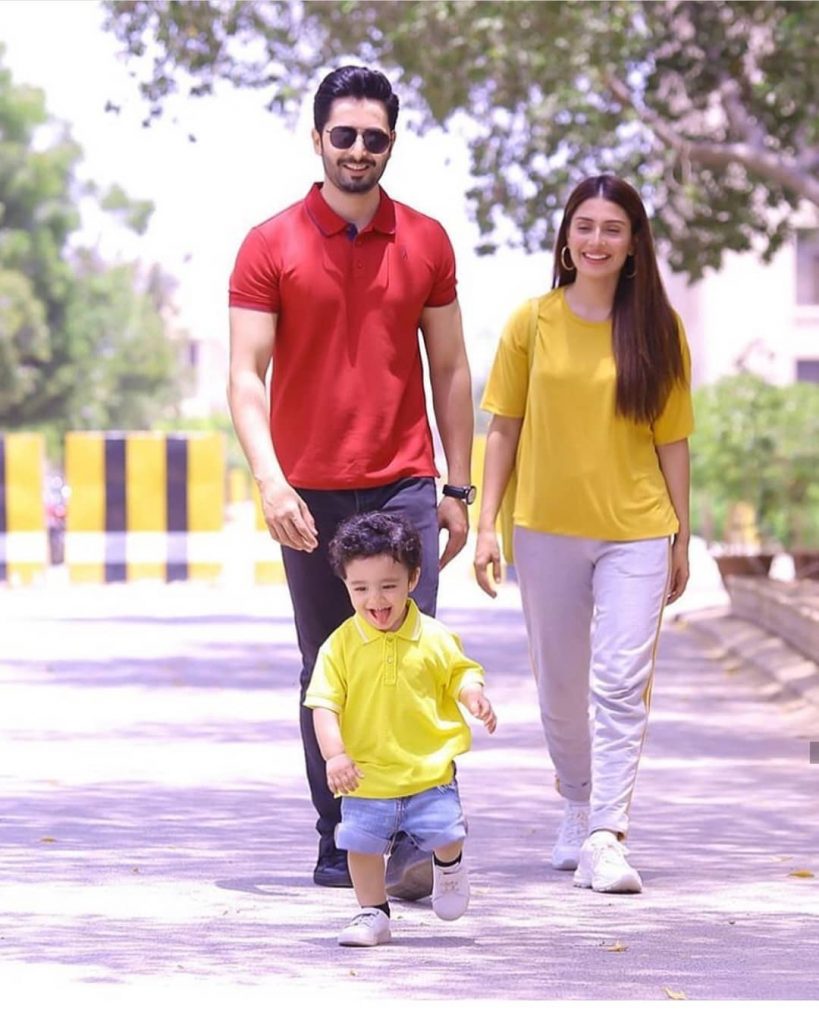 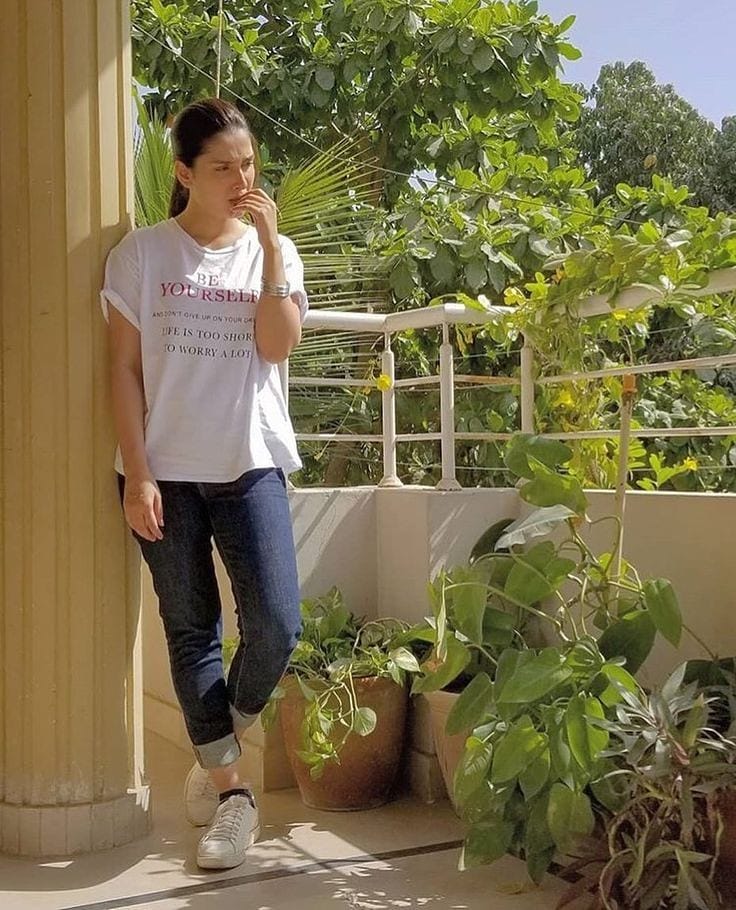 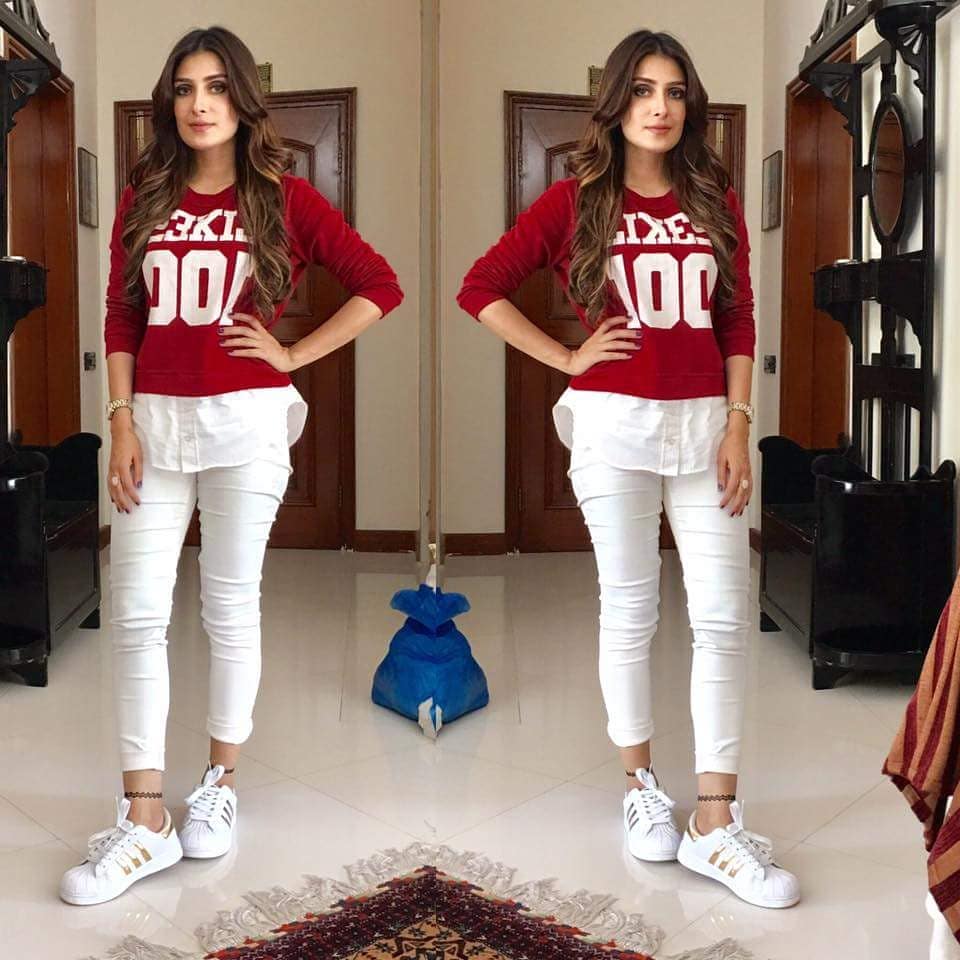 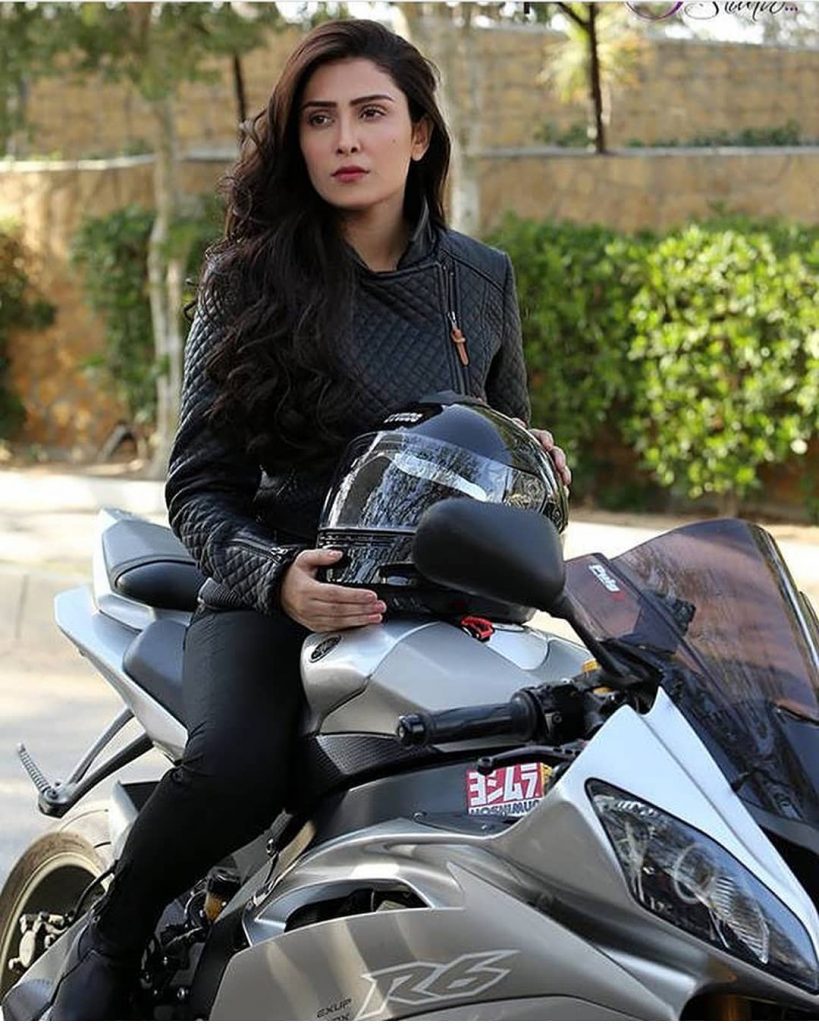 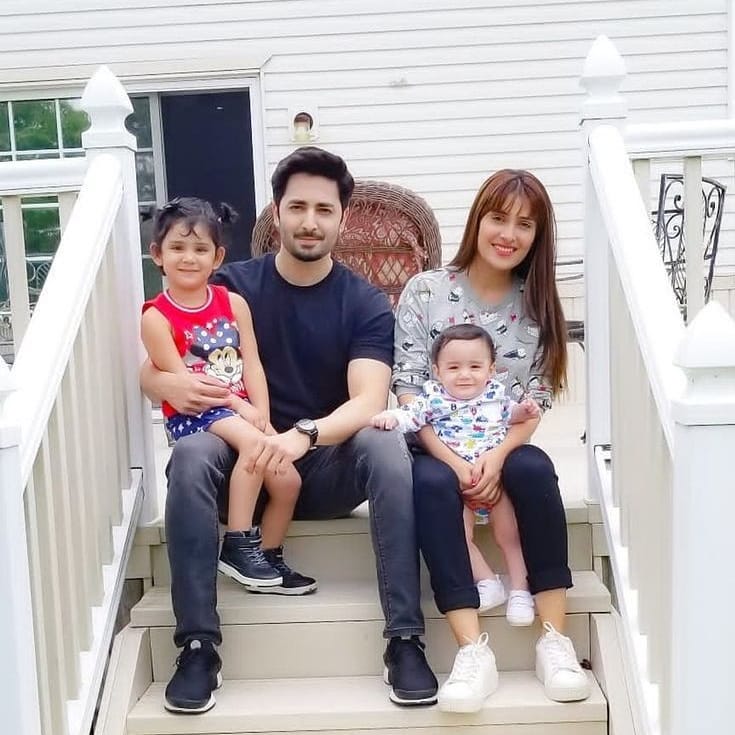 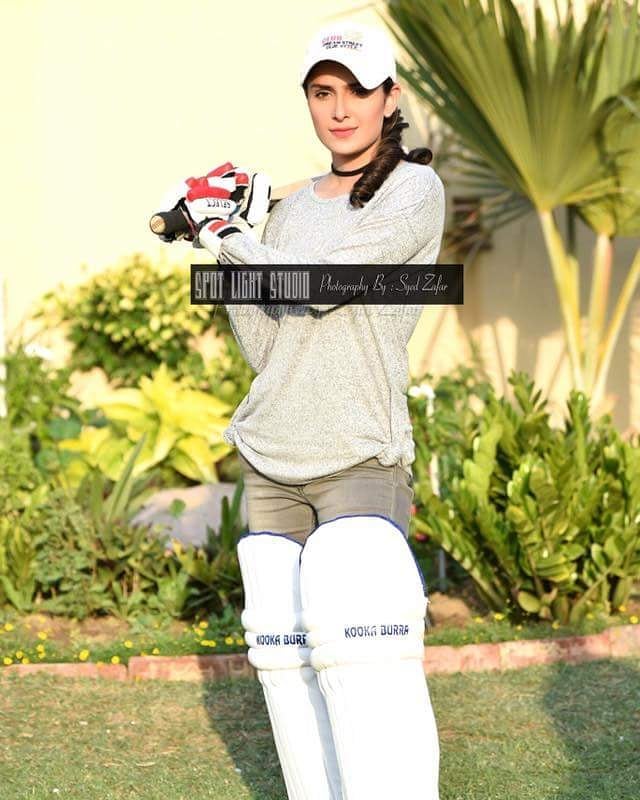 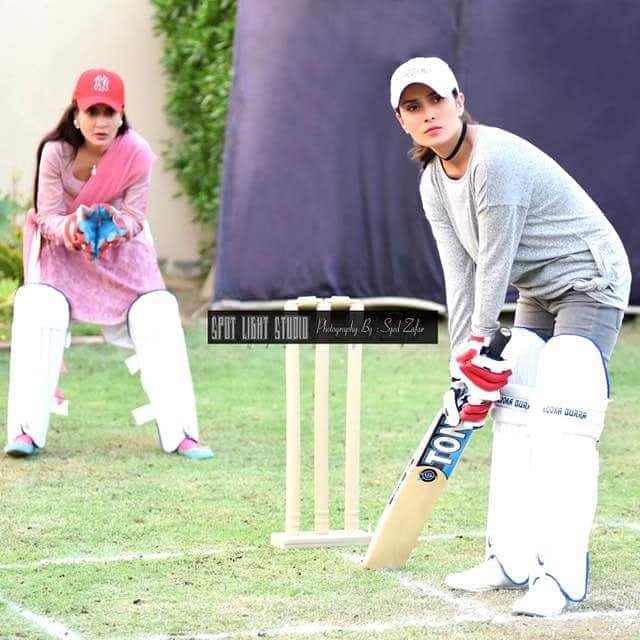 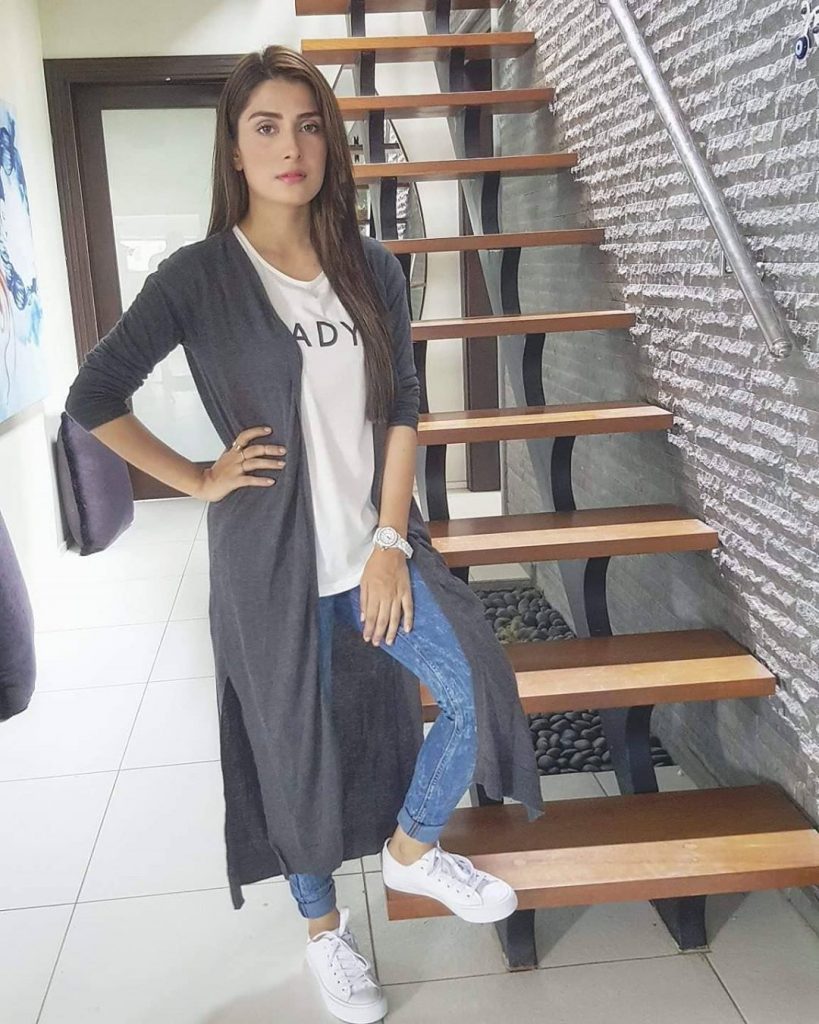 Ayeza Khan’s day starts off with her motherhood duties. She wakes up 6AM everyday, makes breakfast and lunch for Hoorain and by 7AM drops her daughter off to school herself. 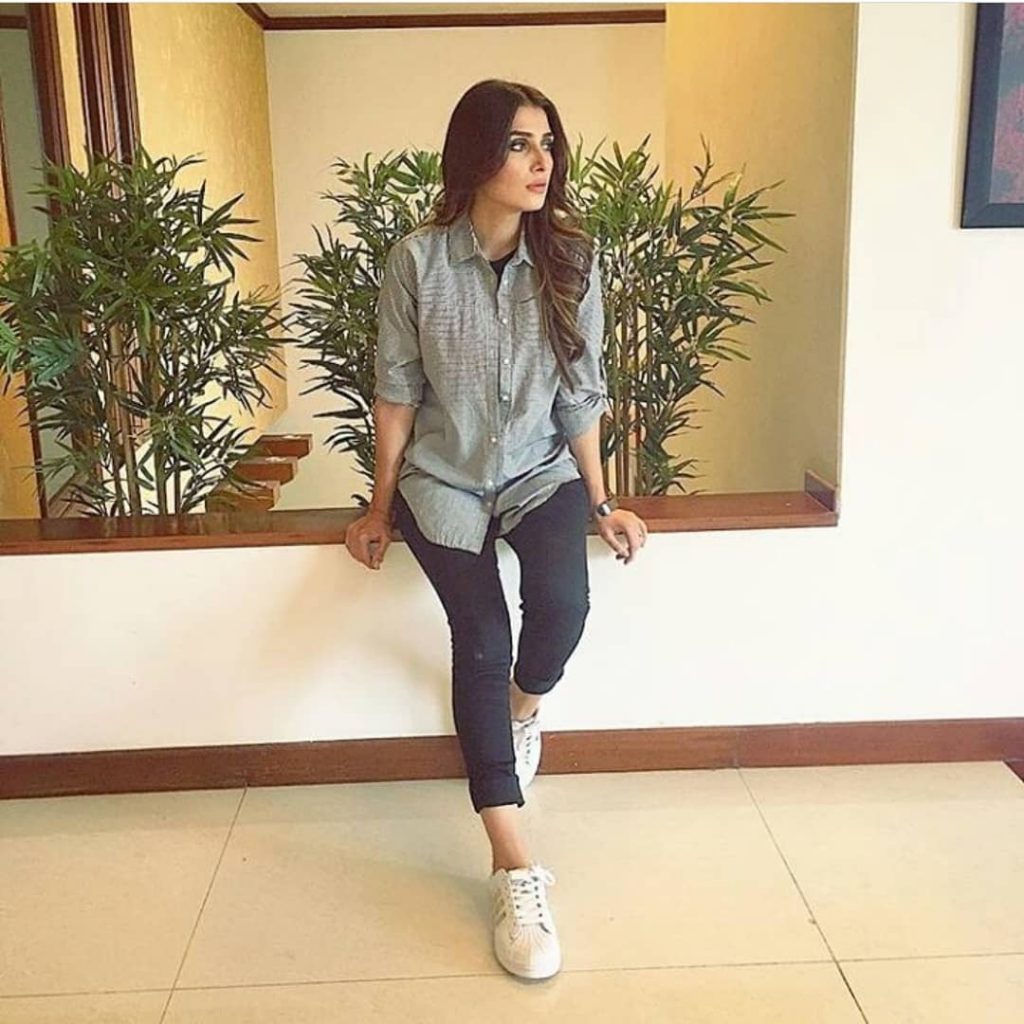 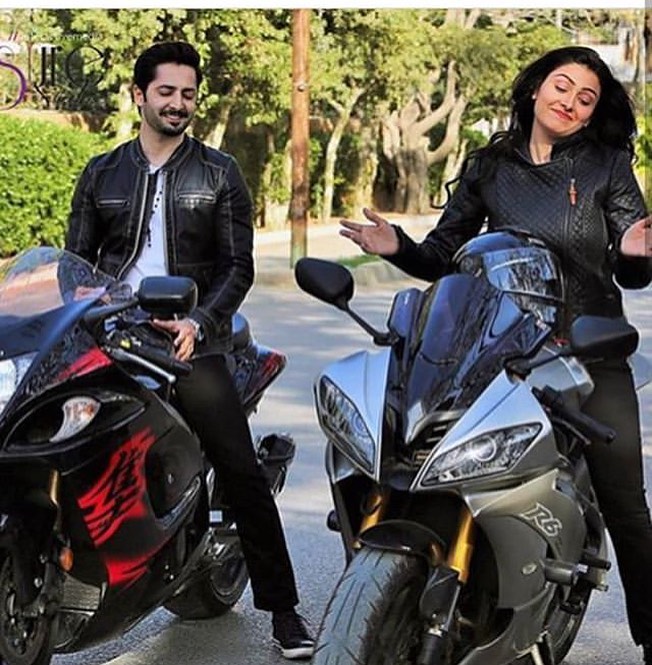