Imran Abbas and Ayeza Khan can’t stop praising each other on Instagram – TvTik.site

They engaged in a banter after completing a TV project together 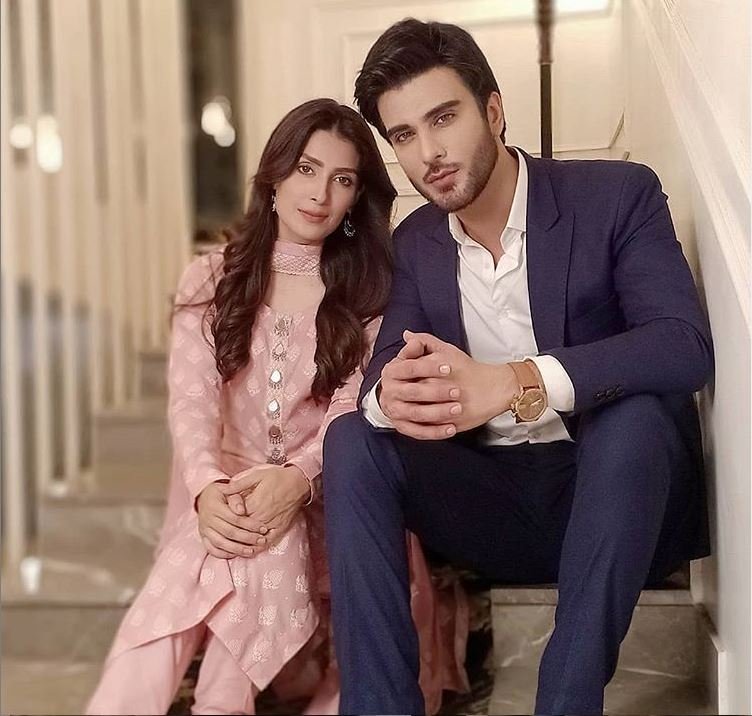 Imran Abbas recently uploaded a picture with popular actor Ayeza Khan on his Instagram accompanied by an appreciation post.  Announcing the completion of his project with the Meray Paas Tum Ho star, Abbas expressed admiration for Khan as an actor and a human being.”Be it Tum Kon Piya, Muhabbat Tumse Nafrat Hai, Koi Chand Rakh or Thora Sa Haq, you are my most favourite costar Ayeza Khan,” he said.

He further complimented Khan, describing her as a “refined actress”. “One more project wrapping up with lots of laughters, giggles and pranks and I have the same words for you, yes you really are one the most refined actress, blessed with immense talent and grace. May Allah bless you more and more and more,” Abbas exclaimed.

Khan on the other hand, had a rather quirky response to his compliments.”Thank you, but don’t expect the same post from me,” she said in a humorous manner followed by a truck load of emojis. “Yes Yes, we have already spoken about this one sided deal,” Abbas engaged further in the friendly banter.

“This is purely a gesture with zero expectations..Azeem log aesay hi hotay hain (that’s just how great people are),” the actor concluded efficiently. 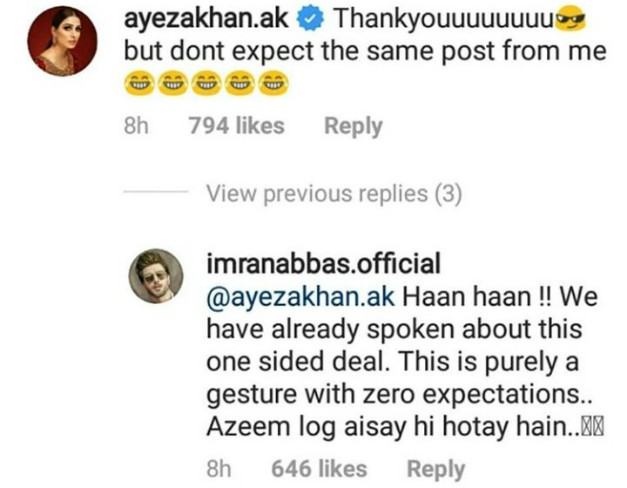 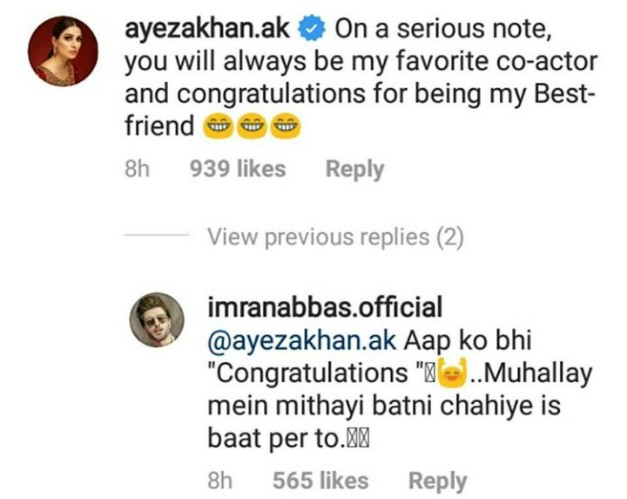 To this Abbas did not refrain from congratulating her in response, without making it clear as to whether it was because she was her best friend, or he simply made it to her list. “Apko bhi congratulations (Congratulations to you too), Muhallay men mithayi batni chahiye is baat per to (sweets should be distributed on this occasion),” he concluded.

The two clearly wanted the world to know they’ve had a ball of a time during the making of their latest project. However, thematic details of the upcoming serial are yet to be known.