The actor has revealed that she is not on Twitter

Ayeza Khan’s stellar performance as  Mehwish in the hit television show Merey Pass Tum Ho has made her one of the most talked about names on social media. Since the show premiered, the actor has gained massive popularity, amassing over 9.2 million followers on Instagram. 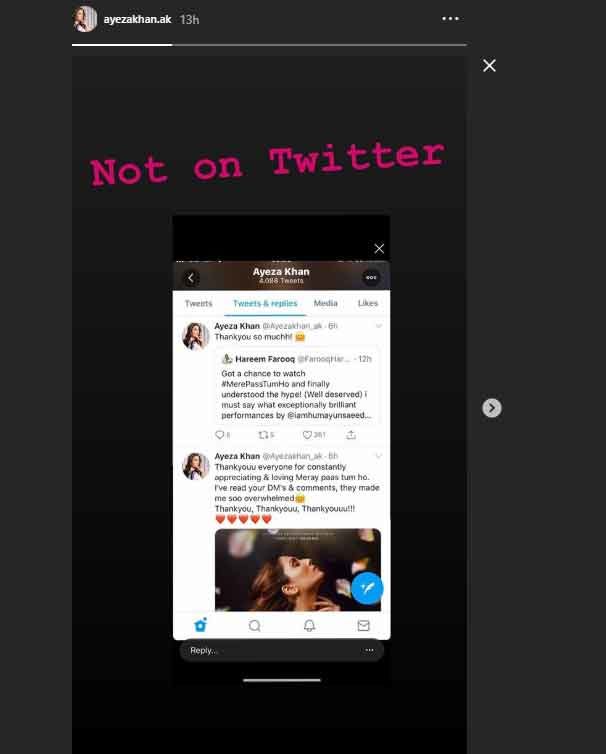 However Ayeza’s growing popularity has also led to dubious accounts surfacing under her name. The actor appears to be well aware of that and has warned fans subsequently.
Ayeza posted an Instagram story recently in which she shared a screenshot of a fake Twitter account. The actor told her followers that she wasn’t on Twitter to begin with.

The account in question regularly posts and interacts with not only fans but also people on Twitter form the showbiz community.