Is Ayeza Khan Set To Work With Marina Khan Next? – TvTik.site

After announcing that she’ll start shooting for her upcoming drama serial, Laa Pata, Ayeza Khan is ecstatic about working with Marina Khan. In a post on social media, the contemporary actress said she ‘can’t wait‘ to work with the veteran starlet.

Sharing a series of posts with various Pakistani actors, Ayeza shared what she thinks about their work. Sharing a clip of Marina Khan from cult classic drama serial Tanhaiyaan, Ayeza wrote;

“Marina Khan I can’t wait to work with you.”

In a live stream last month, the Chupke Chupke actress announced that she will start shooting for another television serial titled Laa Pata. While trying not to give too much away about the serial, Ayeza Khan named a few cast members. While the Pyarey Afzal actress only named Sarah Khan, Gohar Rasheed, Ali Rehman Khan, the BTS photos revealed a lot more.

Now with Ayeza Khan’s recent post, could she be hinting at something more? Could the Dhoop Kinare starlet Marina Khan potentially be a part of the Laa Pata cast?

Marina Khan is currently seen in the drama serial ‘Aulad‘. Prior to that, she was seen in Dilruba with Hania Amir.

Aside from talking about her desire to work with Marina Khan, Ayeza Khan also shared an old clip of Humayun Saeed. Regarding the veteran actor she wrote;

“Humayun Saeed, no one can take your place in the showbiz industry.”

Other celebs she talked about included Fahad Mustafa and Amina Sheikh. She posted an image from their cult classic Main Abdul Qadir Hoon.

“I have learned a lot from you guys and [am] still learning.”

“Sunita Marshall, this was the first time I saw you on TV and you looked beautiful. Of course, this song was my favorite by Abrar sir.”

Pakistani TV star and model Ayeza Khan rocks simple jeans and striped shirt look on social media. The Chupke Chupke star completes her look with a pair of black shades in her latest clicks on Instagram. 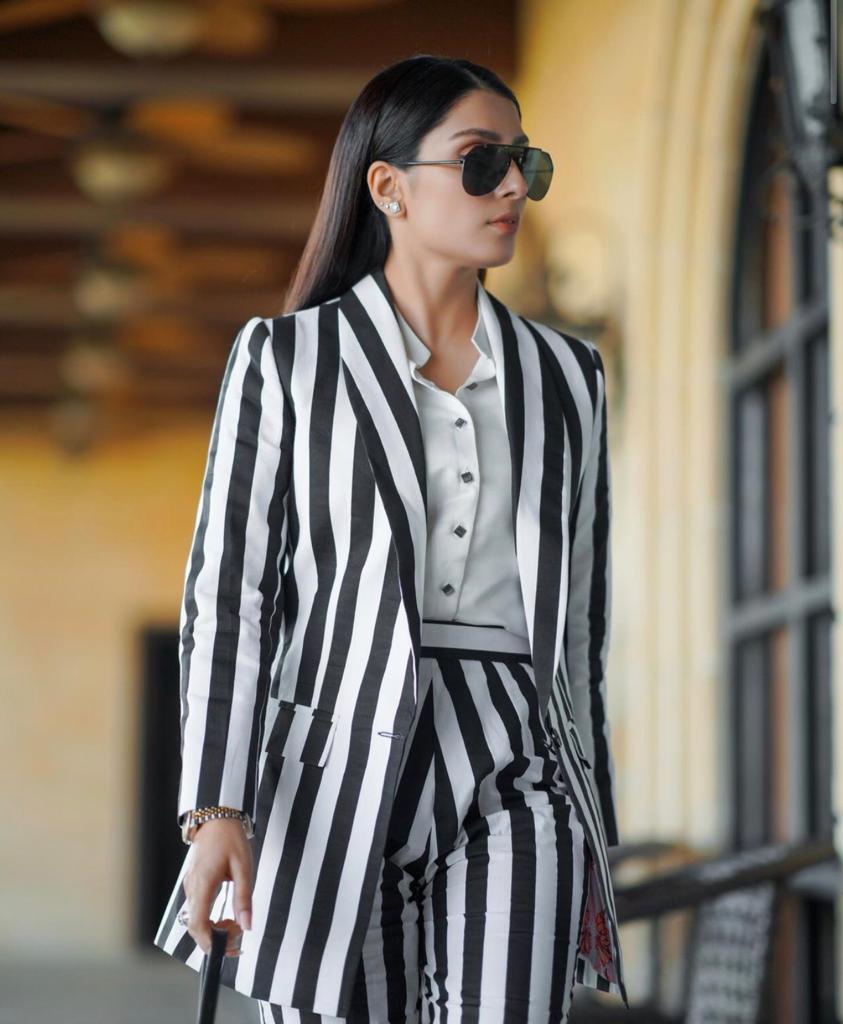 Ayeza Khan is one of the biggest names in the Pakistani showbiz industry. The beautiful actress is a household name nationwide due to her stunning looks and incredible acting skills. The 30-year-old starlet gave brilliant performances onscreen in hit drama serials. Some of fans’ favorite Ayeza performances are in Pyarey Afzal, Tum Kon Piya, Mohabbat Tumse Nafrat Hai, Koi Chand Rakh, Mehar Posh and Yaariyan. 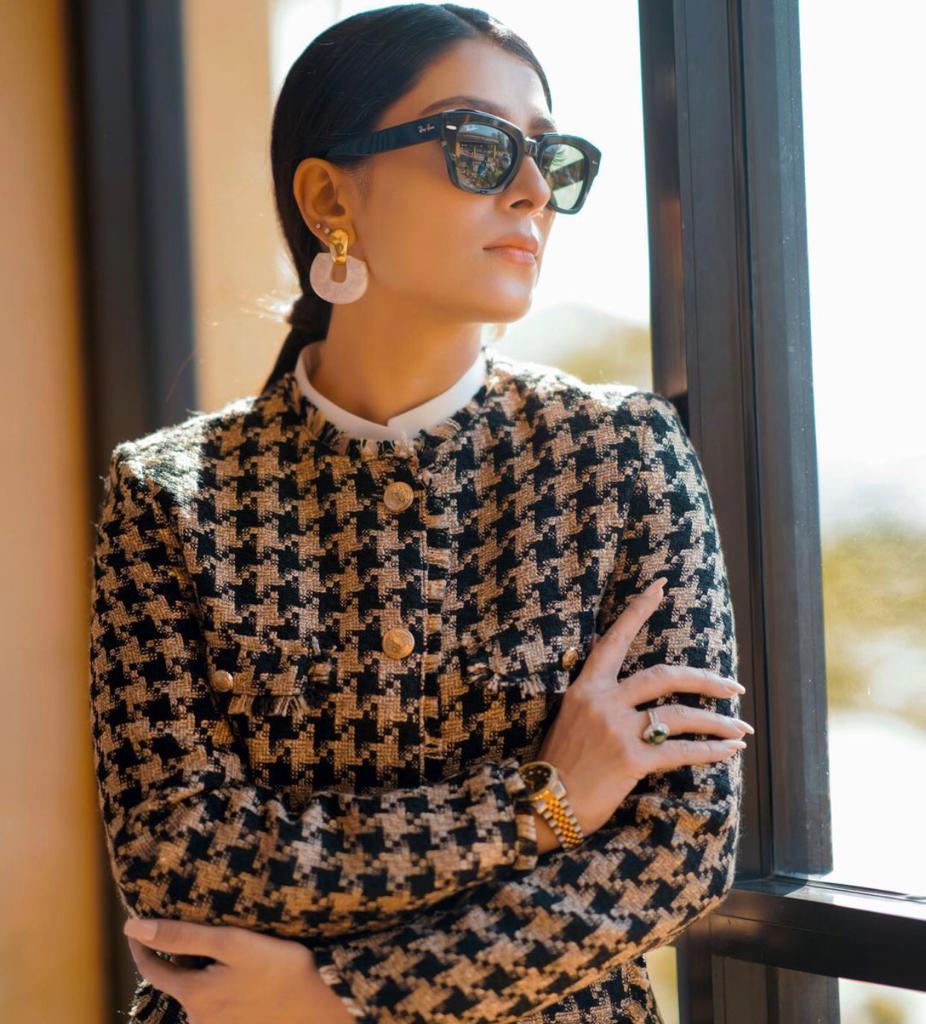 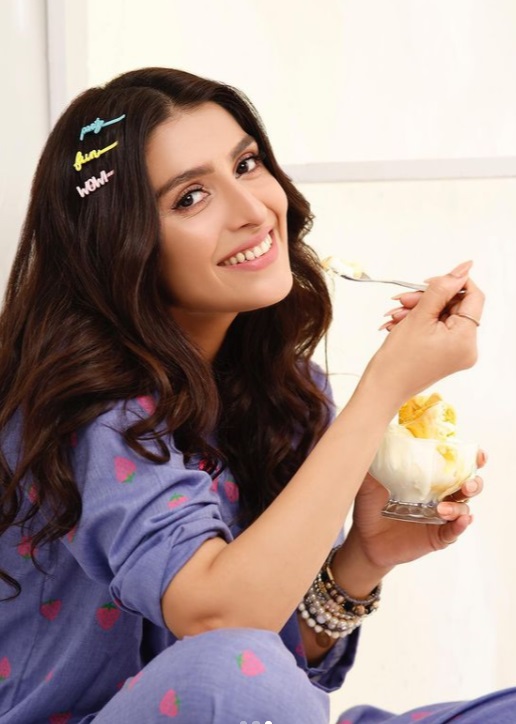 As a fashion icon, Ayeza is one of the most sought-after models in the industry. Most fans love her elegance in traditional Eastern wear, the Mehar Posh star is equally stunning in Western outfits. The actress has a knack for taking stylish clicks. 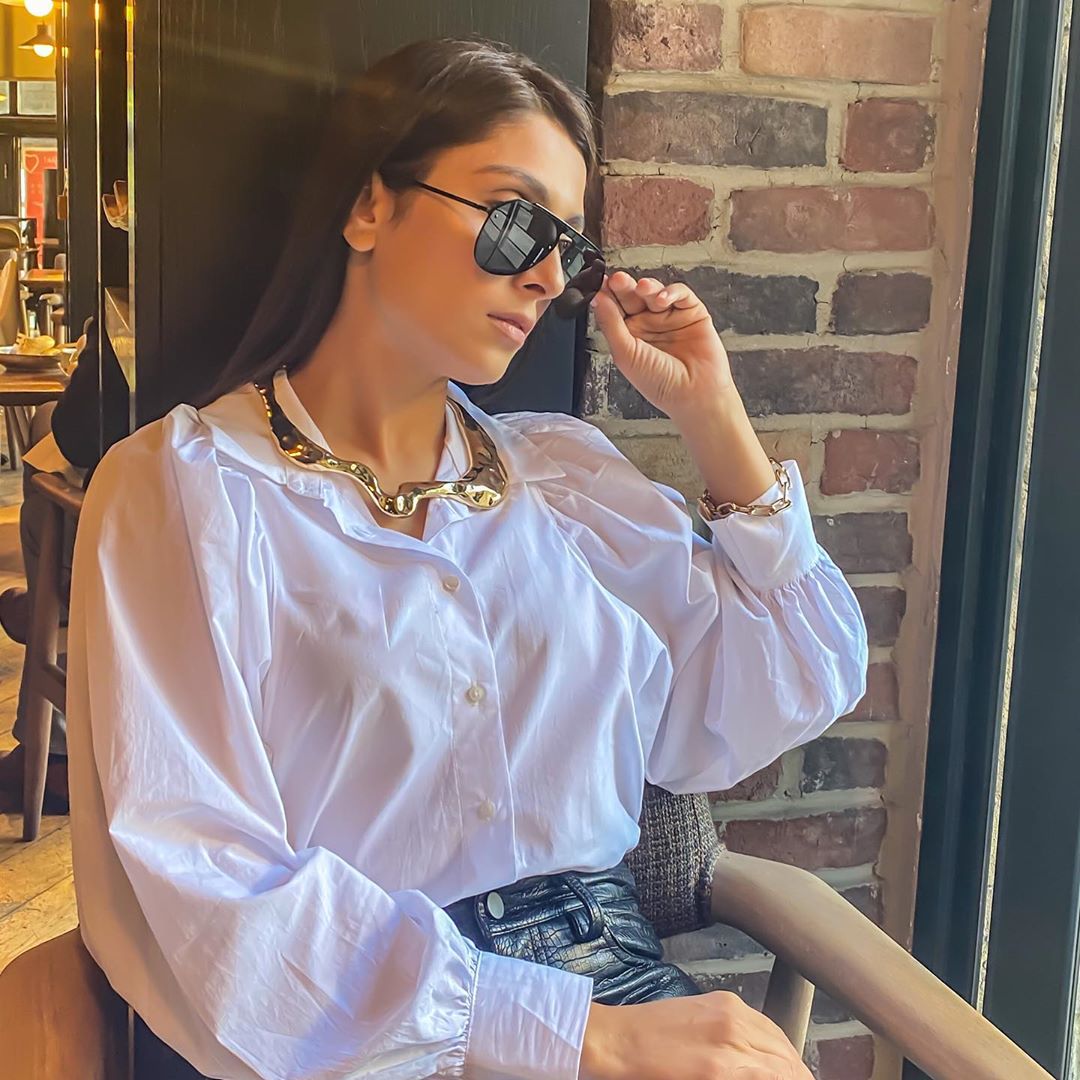 Ayeza earned some style points in her recent posts, wearing a pair of jeans and a striped, full sleeves shirt. The Chupke Chupke star let down her hair and rocked a pair of black shades. Check it out! 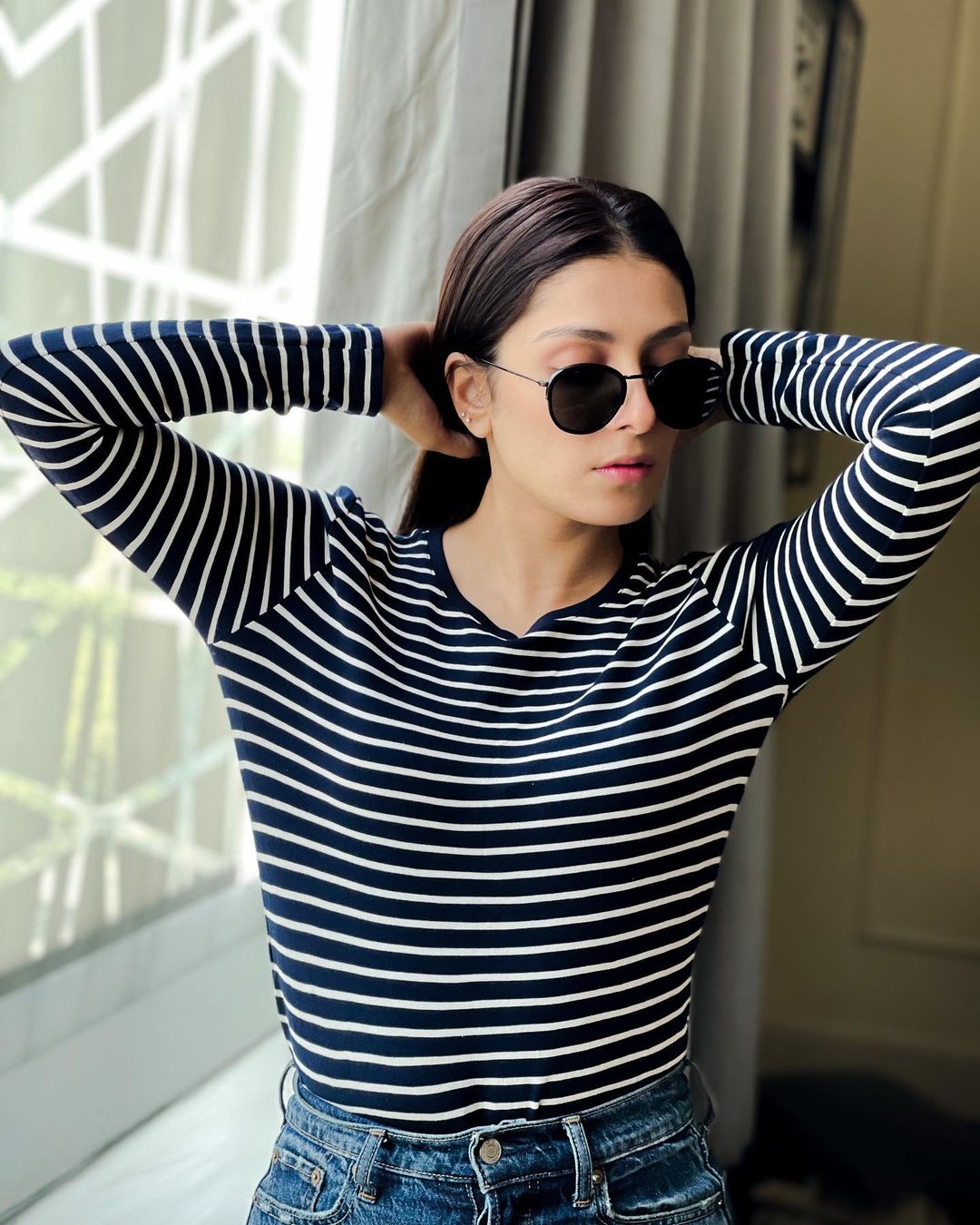